UK TV review: The Handmaid's Tale: Season 2, Episode 6 (spoilers) | Where to watch online in UK | How to stream legally | When it is available on digital | VODzilla.co

The Handmaid's Tale sparks real hope for change in a dramatic study of conflict and power.

Warning: This contains spoilers for Episode 6 of The Handmaid’s Tale Season 2. Catch up with our weekly reviews of previous episodes here. Not seen Season 1? Click here to see where you can watch it online.

How does a tiny movement swimming against the tide suddenly gain momentum? That’s the underlying question that keeps us coming back to The Handmaid’s Tale, a prophetic tale of dystopian oppression, which whispers under every act of brutality that this could soon be happening in a neighbourhood near you. While Season 2 of Hulu’s drama has struggled to find new ground to explore, after adapting the majority of Margaret Atwood’s novel for Season 1, the show finds a fresh edge in this midpoint episode, which gives us an explosive taste of how power can shift dramatically in a short space of time.

Episode 6’s flashbacks take us to the early days of Gilead, when it was still a fledgling crusade trying to pick up support. We see Serena (the ever-superb Yvonne Strahovski) attempting to promote her book, A Woman’s Place, which advocates for the subjugation of wives to their husbands – paving the ideological way for Gilead’s systemic rape and exploitation. She’s greeted, though, not by a captive audience, but a hostile one, which taunts, shouts and calls her a Nazi.

It’s a nasty moment, one that dares to put us almost on Serena’s side of the room, as we see her struggle to be heard. “You’re spoiled, privileged, and live in an academic bubble,” she adds – a piece of writing that, again, rings unnervingly true. She even drops in a worrying statistic about fertility and child births that backs up her argument. As she steps outside to safety, she ends up shot and wounded (her PR person is killed by another bullet) – an attack that is surely only going to position her as a martyr for her cause.

It’s a fascinating snapshot of the strange place Serena was in during Gilead’s early days. A key cornerstone of the regime, her book would only ever work if it came from a woman – a fact that you can bet the men behind the whole thing knew and exploited as much as possible. “This is America!” cries Fred (Joseph Fiennes) with passion, escorting out his wife after hiding, cowed, from the violent protestors – much easier, it seems, for him to sent out the messenger than get shot himself. (Don’t forget in Season 1 the way she was ultimately pushed out of Gilead’s inner ring of power by men.) And yet she’s clearly hungry, not to be a radical figure in the spotlight, but to matter, and have power: when they’re in hospital after her shooting, she reveals her Lady Macbeth qualities, as she insists that Fred “be a man” and sort out the situation.

In the present day, it’s that unique position of authority and servitude that makes Serena such an interesting character to watch – one minute composed, the next erratic. Taking on Aunt Lydia’s words about a harmonious household, she welcomes back Offred from hospital, after her fall from the window, with a kindness that’s really quite disarming. She arranged for some other Handmaids to come over for lunch, and even lets her see the scan of the new baby. It’s less out of loyalty to Offred, of course, and more an indication of her tender dedication to the child on the way.

“I’m going to be the best mother I can be,” she says, with enough sincerity that it prompts June to try and build bridges in her favour. A request for a photo of Hannah, though, just pushes Serena back into her old mode, dialling up the petty abuse all the way to 11.

The only household less harmonious is Nick and his new wife, Eden. An awkward conversation between them about her wanting to have sex is enough to leave anyone watching feeling uncomfortable – but when Eden confesses to Offred that she suspects he’s a “gender traitor” because he doesn’t want to sleep with her, Offred nudges Nick to do his husband duties within Gilead’s twisted marital system. And so they have intercourse – but not before he tells Offred that he loves her. Later, as work continues to prepare the new Rachel and Leah Centre in Gilead, Nick requests that Offred be reassigned and protected – Nick’s declaration of loyalty to Offred is a rare demonstration of sincere respect and concern.

Which brings us back to Fred. Joseph Fiennes does excellent work as the mild-mannered, but despicable head of Offred’s house, and he’s given a welcome chance to expand upon his character in this episode. He approaches Offred in the kitchen and tries to instigate conjugal activities between them – something that we understand isn’t the first time, and his softly-spoken, secretive way of propositioning her is a chilling example of domestic abuse in action. He even tries to curry favour with her by providing that asked-for photo of Hannah.

We then see another side to him altogether, as the flashbacks pick up events after Serena’s shooting. Fred, ever the Macbeth to Serena’s Lady, finds the one he believes to be responsible and takes them into the wood where he kills them – a violent display that reinforces just how dangerous Commander Waterford can be, and how fierce his retribution is when someone tries to threaten his home life or stop Gilead in its steps.

These, however, are all just familiar sights in the ongoing cycle of hope and humiliation that has left The Handmaid’s Tale in danger of entering a holding pattern this season. Episode 6, though, sparks a marked change in tone, situation and pace, as hope finds a new way of being heard without being so easily silenced.

Fred (not Serena) remains the figurehead for Gilead when the Rachel and Leah Centre is officially opened, overseeing the ceremony which has a dramatically different crowd to the one once facing his wife. Statistics, branding others as dodging the truth and pretending to be persecuted? Those are the weapons that have led Gilead to this moment, allowing their insidious values to infiltrate and be picked up by society, until they become the dominant force. But there’s another way for a cause to leap forward: Ofglen, just as the ceremony climaxes, suddenly unveils a bomb from underneath her red cloak, running towards to the front, to the stage, and detonating her bomb. Handmaids can be seen fleeing the steps outside the building, as the glass facade of the foyer erupts in flame and smoke. The resistance, for the first time, has properly begun. May the Lord open.

The Handmaid’s Tale: Season 1 to 3 is available to watch online on Amazon Prime Video as part of a Prime membership or a £5.99 monthly subscription. It is also available on All 4. 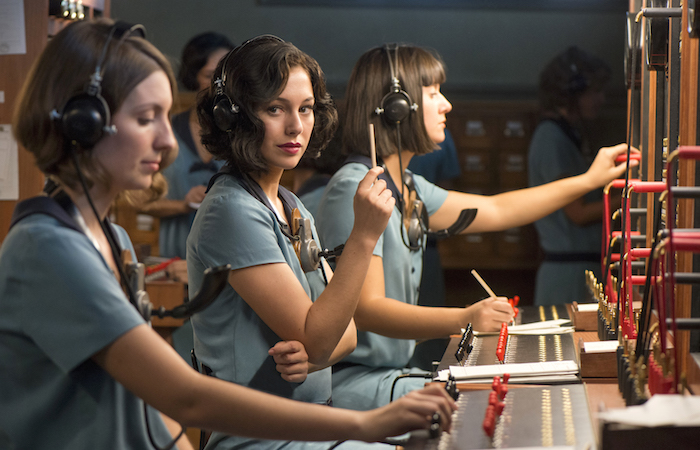 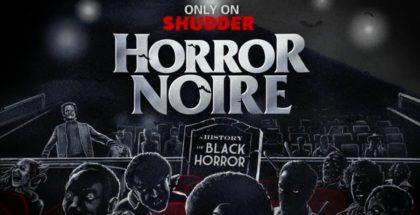