UK TV review: Supergirl Season 2, Episode 13 | Where to watch online in UK | How to stream legally | When it is available on digital | VODzilla.co 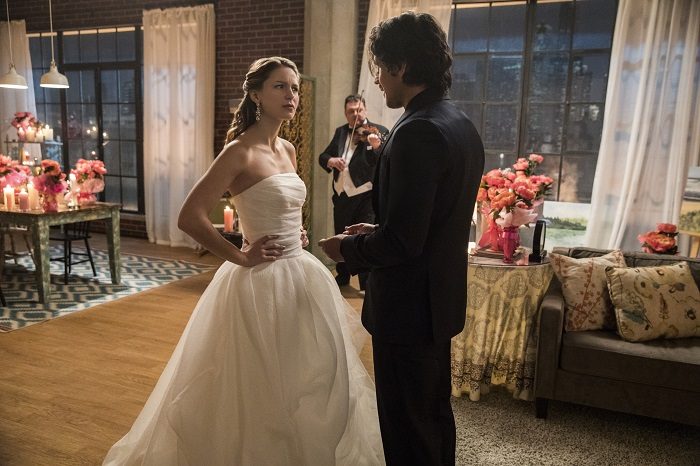 “Things were a lot easier on Daxam, when I objectified women and didn’t care about anything,” quips Mon-El (Chris Wood) in Episode 13 of Supergirl Season 2. It’s an amusing little aside delivered with typically likeable charisma, but it highlights two of the biggest problems with our superhero’s sophomore season: firstly, the continuing focus on Mon-El, and secondly, the fact that his character is still going through the same storyline.

That storyline, of course, is him learning to be less of a sexist, selfish douche and instead become a nice, supportive, altruistic hero. You know, like Kara. Ever since his introduction as a Daxamite, the show has enjoyed playing up the contrasts between the kind Krypton and its more hedonistic cousin planet. But even the characters can’t resist the screen chemistry between Melissa Benoist and Chris Wood, so it was only a matter of time until they hooked up properly. The latest obstacle, as they leaned in to kiss on Valentine’s Day? The arrival of Mr. Mxyzptlk (Peter Gadiot).

A being from the fifth dimension, he magics himself into her flat, before producing flowers, a string quartet and even a wedding dress from thin air. All of it’s designed to do one thing: woo Kara until she’ll agree to marry him. Kara, of course, won’t just say yes to any showboater. And Mon-El, of course, is so insecure he’s automatically jealous of any other potential suitor. And so the stage is set for a gigantic love triangle, one in which each side has the ability to kill the other two.

For this to even begin to work, “Mxy” needs to be a credible threat to Mon-El and, to his credit, guest star Peter Gadiot certainly suave and smooth, from his stylish hair to his dazzling grin – a grin that slips easily into smug territory. Because yes, Mxy isn’t exactly a dream catch: within minutes, he crosses the line and summons Parasite (remember him?) to attack National City, before threatening to level the whole place, if she won’t agree to be his bride.

Mon-El, meanwhile, reveals that the non-violent way to get rid of him is to make him say his name backwards – a neat bit of mythology that cheekily recalls Rumpelstiltskin, almost as cheeky as Gadiot singing songs from Aladdin every 10 minutes. But why worry about that, when Mon-El can just steal a fifth dimension weapon from the DEO? And so we get a punch-up between the two men over their prized goal, one that makes the most of Mxy’s powers, taking us from a bout of fisticuffs in the street to a pistol-touting duel on what’s meant to be the stage from Hamilton. It’s hard to dislike an episode that manages to drop in references to Disney and Hamilton within 45 minutes, especially when it has such an infectiously upbeat cast.

And this episode is a lot of fun, with Kara agreeing to marry Mxy, so that she can lure him to the Fortress of Solitude, trap him there, and trick him into spelling out his name backwards (as a code to stop a nuclear core explosion). He brings to life a glass statue of her ancestor; she flies through it. There’s more than enough spectacle to admire, plus Kara gets to beat a villain with her brains in the best way since she first outwitted Livewire in Season 1. And, of course, it’s all wrapped up just in time for Kara to go back and have a wee smooch with Mon-El.

But it also reminds us that Mon-El isn’t necessarily that much better than Mxy: one is a controlling, petty, whining man-child. The other, well, is almost the same, albeit played by Chris Wood. Wood’s good looks and easygoing charm have made Mon-El a favourite with us, although he’s far from popular in some parts of the Supergirl fandom.

That’s partly because he still seems stuck in the same narrative loop as he was at the start of the season – he doesn’t listen to Kara, doesn’t trust Kara and demeans her throughout this episode, all things that he was guilty of doing at the start of Season 2. We believe his apologies, but him not changing that much over time makes him both a frustratingly repetitive character and a not-entirely-convincing romantic interest. Why would Kara like him, other than the fact that he’s also a stranded alien from a defunct planet? Well, like we said, they have sensational chemistry. When Mon-El’s doing good, because she inspires him too, they’re an adorably happy pair.

The main problem with Mon-El, though, is what his prominent position in the series means for everyone else in the ensemble. It’s rather handily demonstrated in the way that this episode juggles its other subplots. On the one hand, we have Winn, who is picked up by an alien and begins dating her – a fiery little romance that gives Jeremy Jordan a chance to be cute, awkward and flirty, which he (unsurprisingly) nails. On the other hand, we get Alex Danvers (Chyler Leigh) and Maggie struggling to navigate their own Valentine’s Day celebrations, as she secretly wants to have a cheesy, pink-filled evening and Maggie hates everything to do with the holiday.

Both are fantastic subplots, demonstrating how well these characters have grown over two seasons. (“What kind of stuff does Maggie like?” “I don’t know. Guns?”) But their strong supporting roles only highlight how weak some of Supergirl’s other strands are. And it’s hard not to trace that back to Mon-El. His introduction in Season 2 has combined with the phasing out of James Olsen, Season 1’s central love interest. At the start of the second run, James was deemed not to be appropriate for her, instead relegated to being a BFF. And also the boss of CatCo. And a budding superhero himself, as Guardian.

It’s a terrible waste of Mehcad Brooks, who has failed to convince in any of these jobs they’ve given him, as none of them make logical sense for his character. And while it’s nice to see a female superhero get on with her superheroics, without needing a man to define her, Mon-El’s central role has left Kara’s plotlines (professional not just personal) largely revolving around him. We never really see her do any news reporting, because there’s no time left in each episode, thanks to the squeezing in of missions for the Guardian, who wouldn’t necessarily be there, if he were still the show’s main romantic figure.

Compare Season 2 to Season 1, where Kara had relationships with Cat Grant and Lucy Lane to explore, and the show is now notably missing some depth – or, more importantly, some variety. Lena Luthor is a welcome addition to not-quite-villainous roster, but Cat or Lucy were essential to fleshing out other characters too: bringing back either would do wonders for James’ development, for example. While Winn has blossomed, since being given his own DEO career and dating life, the rise of Mon-El has meant that James might as well be in a completely different show. Kara may be finally getting her love life together – and, while the writers don’t always sell Mon-El as her match, we do like them as a couple – but the end result is a programme that feels, at times, like it’s lost its direction.

“Things were a lot easier on Daxam, when I objectified women and didn’t care about anything,” quips Mon-El. We’re inclined to agree, not because of Mon-El himself, but because that would take us back to the more focused days of Season 1.

Supergirl Season 1 and 2 are available on Sky Box Sets and NOW. Don’t have Sky? You can also stream it on NOW, as part of a £7.99 monthly subscription – with a 7-day free trial. 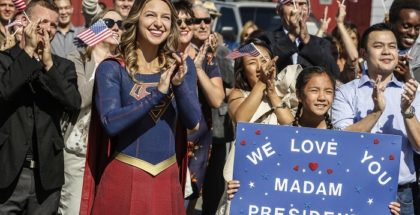 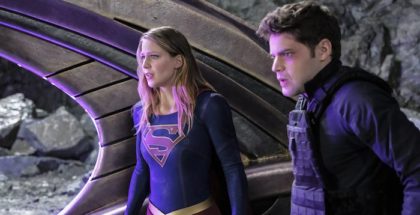