UK TV review: Secrets and Lies (Episode 1) | Where to watch online in UK | How to stream legally | When it is available on digital | VODzilla.co 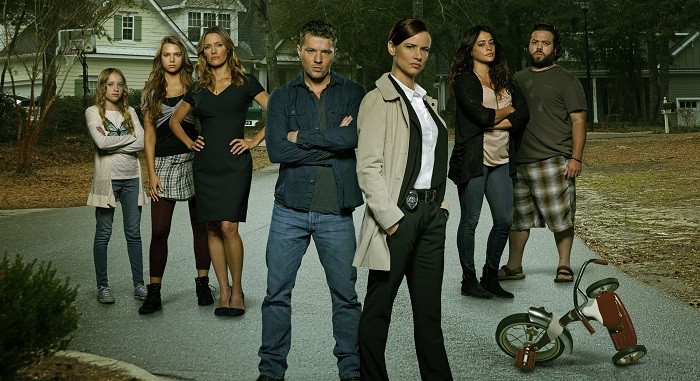 What has Ryan Phillippe been doing these past few years? Between Damages and The Lincoln Lawyer – and talks with Netflix to star in Marvel’s Iron Fist – the answer is ABC’s new thriller, Secrets and Lies.

He plays Ben Crawford, a suburban DIY dude, who discovers the body of his neighbour’s son, Tom, while out on a morning run. It’s a set-up that immediately starts to ring bells: the dead-child-in-episode-one premise is as common as the everyman Ryan portrays. But while most series, such as Broadchurch, would follow the policeman investigating the crime, Secrets and Lies takes the perspective of Ben.

It’s enough of a decision to set the show apart from the murder-solving crowd, with creator Barbie Kligman’s script positioning us in Ben’s clueless shoes: the problem with the night of Tom’s death? He can’t remember where he was or what he was doing. It’s not a front he puts on for the cops: he genuinely doesn’t know. That feeling of sincere uncertainty keeps us – and him – on tippy toes, as Dan Fogler’s slobbering drinking buddy, Dave, forgets to tell him how he got home from the pub, the kind of detail that only makes him seem suspicious. Combined with his attempts to save the boy, leaving his fingerprints all over the corpse, it’s no surprise that Ben winds up suspect number one.

Phillippe does the unsure-yet-wrongly-accused man gig with confidence – he even runs through the rain with a borderline disturbing amount of conviction (and, at among some viewers at home, a lot of swooning). He’s the opposite of Juliette Lewis as the frosty Detective Cornell, who wastes no time in finding ways to rummage through Ben’s home, his DNA and his unreliable alibi. We don’t spend time with her personally (another change from the TV norm), instead leaving us to experience her at her most offhand, asking awkward questions that seem to be about one thing, before honing in on another topic altogether.

With Ben’s thorny wife (KaDee Stickland) involved in the mix too, there’s a promising (if familiar) strand of domestic disturbia for the show to explore. The problem is that the characters’ exchanges are so pointed that things verge on laughable: eyebrows are practically raised at the end of every dramatically significant line, while the fact that Ryan delivers his dialogue so earnestly and Lewis so (intentionally) woodenly only adds to the uneven feeling. It’s enough to almost sink Secret and Lies back into the sea of mediocre mystery series – in comparison to ITV’s output, this feels more like Broadchurch Season 2 than Season 1. If Kligman’s speeches fail, though, the structure of Stephen Irwin’s Australian show (upon which this is based) at least holds Secrets and Lies in good stead: a sudden revelation and the knowledge that, at just 10 episodes long, the mystery promises to be wrapped up neatly keep you tempted to tune in again. Well, that and Ryan Phillippe. Here’s hoping the actor’s career continues to get less secretive in the future.

Secrets and Lies begins at 9pm on UKTV’s Watch, which is available on Sky channel 109 (HD)/155 and Virgin channel 125 (HD)/124 and BT and TalkTalk channel 407. Viewers can catch-up through Sky and Virgin on-demand. 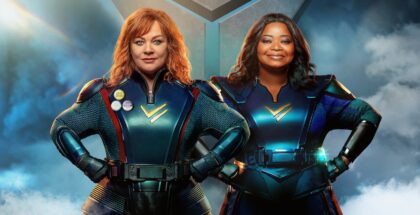