UK TV review: Flight of the Conchords: Live in London | Where to watch online in UK | How to stream legally | When it is available on digital | VODzilla.co

UK TV review: Flight of the Conchords: Live in London

Bret and Jemaine get the band back together and the blend of old favourites and new silliness is more than worth the wait.

Bret McKenzie? Present. Jemaine Clement? Present. Hammersmith Apollo? Present. The fact that Flight of the Conchords sold out the massive theatre (and The O2 to boot) tells you all you need to know about the long-awaited return to the UK of New Zealand’s fourth most popular folk parody duo.

The Kiwi comedians wasted no time in building a British fanbase, thanks to their unwavering politeness, softly-spoken banter and awkwardly personal confessionals – all things developed beautifully in their low-key sitcom. But their success stems primarily from their musical talents, their ability to effortlessly parody every genre under the sun with razor-sharp accuracy; their spoofs are so good, and so immediately familiar, that they work as songs in their own right. Even if you had no sense of humour, you could still enjoy listening to Flight of the Conchords.

But humour is there – boy, is it there – and it hasn’t faded over time. That’s demonstrated beautifully by the new material they bring with them to London – thankfully, even though both Bret and Jemaine have been busy with their own side projects (The Muppets and Moana respectively, for starters), they haven’t just been sitting at home playing synthesisers for the last seven years. They open with exactly the kind of ballad that makes them so endearing, as a father-son duet opens up repeated opportunities for unexpected pathos and moving revelations, each emotional beat undermined by an equally unexpected self-deprecating twist. They love nothing more to take you on a journey, and then wrong-foot you at every turn: a metaphorical, and ingenious, song about a seagull fleeing the safety of an old rock for newfound freedom will have you struggling to breathe by the second chorus for giggling.

Their older material is just as jam-packed with gems, and it’s testament to just how well-written it all is that even when they omit some fan favourites (Business Time and Hiphopopotamus are sadly absent), there’s no duff track in the playlist. The Most Beautiful Girl in the Room and Inner City Pressure (Prince and Pet Shop Boys) are dusted off with the same energy and wit, while Foux du Fafa is performed with such glee that it’s impossible not to smile – the sight of Bret banging away on bongos enthusiastically is one of the purest joys you’ll experience this year. But there’s innovation to those classics, as Bret and Jemaine are joined by the New Zealand Symphony Orchestra (wait until you see it) for a near-acoustic take on Robots, and then The Summer of 1353 – their medieval madrigal about wooing a lady – is given a fresh facelift, courtesy of a side-splitting recorder solo. (“You Brits love your recorders,” observes Bret, with a wry deadpan.)

The whole thing is stitched together in impeccably shambolic style: the Conchords delight in recounting their showbiz anecdotes from the road, such as the time they ate a free muffin left in a hotel room, or the fact that they’ve been luxuriously staying in some of the UK’s “Premier Inns”. That pathetic, small-scale absurdity is all part of the duo’s charm, and while it might seem a little out of place in a stadium or large venue, the TV cameras capture everything up close with just the right amount of intimacy – far away enough to admire the spectacle of two grown men rocking out on primary school instruments, but close enough to see the smirks and corpsing that goes with two friends simply enjoying being silly together. But there’s no mistaking the polished professionalism on display, and Bret and Jemaine’s witty songwriting never fluffs a line, as they put just as much effort in 2018 into their intricate lyrics as they did 10 years ago on their first album. Where that matched “abuse me” with “muesli” and threatened someone would “wake up in a smoothie”, their London special delights in discovering names that are “Satanagrams” (anagrams of ‘Satan’) and takes an inordinate amount of pleasure in finding words to rhyme with the phrase “Ian from accounting”.

Seven years after their last visit, you could be forgiven for thinking Bret and Jemaine might never get the band back together. But back together they are, and this 90-minute special is more than worth the wait.

Flight of the Conchords: Live in London is available through Sky On Demand until 27th February 2021. Don’t have Sky? You can watch it legally through NOW. The streaming service gives you access to FOX UK, Sky Atlantic, Sky One, Sky Witness and more, for £9.99 a month – with no contract, and a 7-day free trial available for new customers.

LFF 2018 reviews: Been So Long, Arctic, Sorry to Bother You, Widows 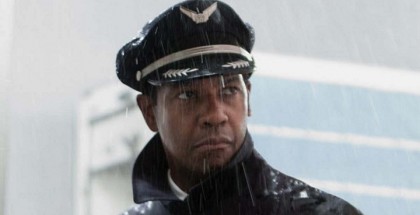