A space-time continuum glitch allows a woman to save a boy's life in this powerful, emotional Spanish mystery thriller.

Co-written and directed by Oriol Paulo, this superbly made Spanish mystery thriller explores a key aspect of time travel movies: the consequences of messing with the timeline. It’s a complex time travel tale that’s heightened by its strikingly confident storytelling.

Adriana Ugarte (best known as the co-lead in Almodovar’s Julieta) plays Vera, a happily married woman who’s recently abandoned her promising career as a neurosurgeon in order to support her husband, David (Alvaro Morte), and raise their adorable young daughter, Gloria (Luna Fulgencia). During a mysterious storm that’s identical to one that took place 25 years ago, Vera discovers an old video camera and TV set that allows her to communicate with the previous occupant of their house, a young boy named Rico (Julio Bohigas-Couto) who tragically died after discovering that his next-door neighbour (the ubiquitous Javier Gutierrez) was a murderer.

Realising that she can save his life if she persuades him to stay indoors, Vera does exactly that. However, when she wakes up, all traces of her previous life have disappeared: her daughter no longer exists and David doesn’t recognise her. In desperation, Vera turns to kindly cop Inspector Leira (Chino Darin, son of Ricardo Darin) for help.

The first thing to say about Mirage (whose Spanish language title is Durante La Tormenta, or During the Storm) is that the plot never cops out. All too often in this sort of mystery thriller, events turn out to be entirely in the main character’s head, the result of some psychological break or other. In fact, Mirage deliberately plays on that convention, raising the possibility of the idea (in fairness, the English title derives from a moment in the film that ties into that) before springing its own surprises.

The concept of the butterfly effect (changing something small in the past that has significant consequences in the future) is a familiar element of time travel stories, from Back to the Future II to, well, The Butterfly Effect. Similarly, the loss of a family member as a consequence of timeline manipulation played a key part in Back to the Future and was most recently the shock cliff-hanger in the pilot episode of Timeless. Mirage mines that idea to powerful effect, exploring the idea of “fixing” time, but also coming up with a whole new set of emotional consequences.

To that end, the script is consistently fascinating, and it’s impossible to predict where it’s going, even if you’re an avid devotee of time travel movies. (Admittedly, there’s at least one sizeable twist that viewers will no doubt see coming, but that doesn’t detract from its dramatic impact.)

The central set-up recalls Frequency (both the film and its TV spin-off), and there are also a couple of nice little touches – like the lightning storm and a stopped clock – that nod towards Back to the Future. (Inspector Leira even draws the Back to the Future II alternate timeline diagram at one point.)

Ugarte delivers a driven, heartfelt performance as Vera and there’s strong support from both Darin (absurdly charismatic) and Morte, while Bohigas-Couto is very effective as young Rico, in a compelling Hitchcockian subplot.

The film is beautifully shot and Paulo’s confident direction does a superb job of handling several different plot elements, aided by Jaume Martí’s assured editing. That’s not to say there aren’t one or two unanswered questions by the time it’s all over, but this is an accomplished and satisfying mystery thriller that pushes all the right buttons.

Mirage is available on Netflix UK, as part of an £8.99 monthly subscription.

BBC Three orders My Brother and Our Balls 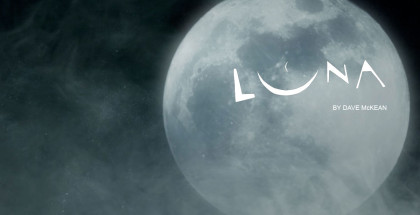