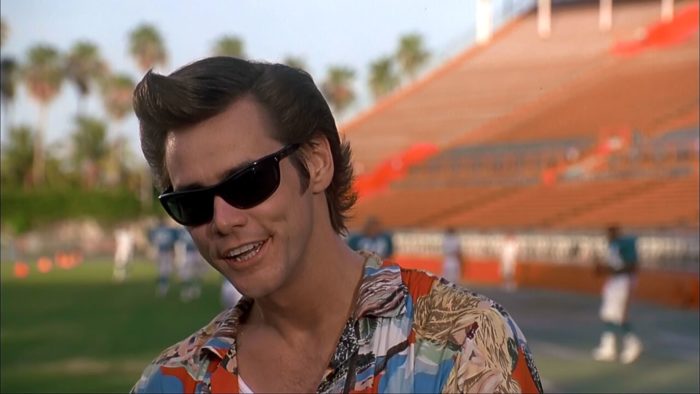 What was alrighty then is far from being alrighty now.

Do you remember the 1990s? Mark does. On Fridays, he flashes back to the golden decade of our childhood. From family-friendly films to blockbusters we shouldn’t have been watching, get ready for a monthly dose of nostalgia, as we put down our VHS tapes and find out whether the 90s on Netflix are still Live & Kicking.

1994 was Jim Carrey’s year. Following a solid run as a regular on TV sketch show In Living Color, a trio of leading roles in hit comedy movies in the space of 12 months put him on the map in a big bad way. Carrey became one of the biggest stars of the decade off the back of this year. The Mask and Dumb and Dumber both stand up quite well, but his year began with Ace Ventura: Pet Detective.

Carrey’s sketch show background shows here, and even though Ace Ventura is an original creation for this movie, the film’s rapidfire catchphrase delivery and immediate familiarity with the character makes it feel something like a film adaptation of a Saturday Night Live sketch that never was. As star and co-writer, this is a singular effort from Carrey, but the film itself hasn’t really stood the test of time.

But as it’s Super Bowl weekend, let’s look back at this comic whodunnit, which centres around a kidnapped dolphin called Snowflake in the week before the NFL’s championship final. Ace (Carrey) is a talented but deranged private eye who specialises in animal rescue, and “doesn’t do humans”. He’s brought in by Miami Dolphins publicist Melissa Robinson (Courteney Cox) to investigate, much to the annoyance of the proper authorities, including Lieutenant Lois Einhorn (Sean Young).

Ace is basically a cartoon character, and Carrey plays him as such. His persona is that of a hyperactive 10 year old, strutting around in garish outfits with a tidal wave quiff and a goofy overbite. It’s a bit like Doctor Who, if Doctor Who was an utter prat. But with the Star Trek impressions and the talking out of his butt-cheeks comes the same freedom from consequences that Bugs Bunny enjoys in his mischief.

If Carrey’s screen presence has ever rubbed you the wrong way, this is categorically not the film for you, as the entire thing is geared around him being an entertaining irritant, and the rest of the cast bristling around him. With Ace’s affinity for animals, that’s a fairly good setup for a kid-friendly comedy, but this aims higher, for the 12/PG-13 bracket, and therein lies the problem.

Even if you can get along with Ace’s gurning and obnoxious behaviour, the case itself takes in sex, murder and mental health disorders, to the point where it’s not even really about the missing dolphin at all. It quickly becomes more about former Dolphin Dan Marino, who is truly terrible playing himself. There’s a line where someone says he should “die of gonorrhea and rot in hell”, which the film supposes must show he’s a good sport.

It’s much nastier in other regards, particularly in its utterly lousy portrayal of gender. If it’s not about the animals when Marino becomes involved, it’s definitely not once the film gets into its admittedly inventive reveal that the perp is a pre-op transsexual. Coupled with variously homophobic scenes elsewhere and repeated needle drops of Boy George’s version of The Crying Game, the film’s goofiness becomes harder to swallow as it grows more abrasive. This isn’t just a case of problematizing Friends, as many did when it landed on Netflix UK, although Cox is really marooned here, genuinely struggling not to corpse at Carrey’s antics on what must have been a difficult set. This is an exceptionally mean-spirited film, but it never adjusts its sense of humour accordingly. It might have been alrighty then, but it’s not alrighty now, and it becomes less and less alrighty as it goes on.

It’s more of a struggle to actually laugh, watching Ace gad around a mental asylum. But that sequence ends with a much funnier slapstick scene in which he tries, pointlessly, to hide himself in a small cardboard box. These physical comedy bits are where the film’s strengths lie, rather than in Carrey squealing catchphrases.

Ace Ventura: Pet Detective was a huge hit for its relatively low budget, and the superior sequel, When Nature Calls (also streaming on Netflix UK at the time of writing), was rushed into cinemas for the following year. Happily, it focused more on both the PG audience and on the animals. Ultimately, it’s as if this one gives into Carrey’s animated performance and wraps up with Scooby Doo meets Law & Order: SVU, proving unsuitable for very young kids and just annoying everyone else.

Ace Ventura: Pet Detective is available on Netflix UK, as part of an £8.99 monthly subscription.

Where can I buy or rent Ace Ventura: Pet Detective online in the UK? 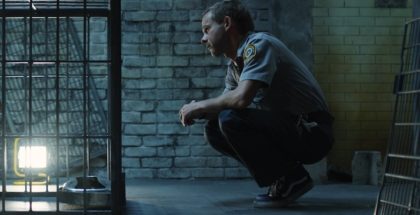 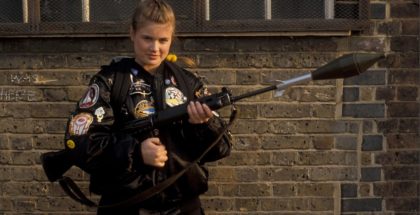