“You have to name something to make it come to life,” says Vanessa Ives (Eva Green) in Episode 5 of Penny Dreadful. “Like a witch’s spell.” That’s why she names the all the animals she stuffs and displays. Dead things – not brought back to life, but given new names, new lives. The glass eyes are, by their nature, dead, so she puts mirrors behind them to give them the glimmer of life. “I would put mirrors behind the whole world if I could,” she says.

Episode 5 covers Vanessa’s past, her childhood and the great betrayal she commits that shatters the idyllic English world in which she was raised. She is destroyed by it, as is Mina, Sir Malcolm’s daughter and Vanessa’s best friend. Coky Giedroyc (the second woman director for Penny Dreadful, giving them a 50 per cent female team) is unflinching in her portrayal of Vanessa’s treatment in an asylum for her “sexual hysteria”. She is subjected to forced ice baths, chained up and blasted with a hose, all in order to “reduce the flow of blood to her brain”. Finally, the doctors resort to trepanation: penetrating her skull with a drill, just above the temple.

Aside from the deeply sexual imagery of it, such surgery goes back further than the Victorians; the shaman of certain pre-historic tribes voluntarily submitted to the procedure, using stone tools and no anaesthetic, to allow the spirits better access into their souls. Vanessa’s treatments are real in the sense that this is a historically accurate representation of the misogyny of Victorian society, both towards those who were mentally ill and those who would challenge the status quo. They are also real in the sense that Eva Green’s performance makes them so; she always dominates the scenes she’s in, and in Episode 5 she’s in every damn one. Even when she’s catatonic in a bed, she exudes a kind of darkness. A power. It’s her eyes, like she’s seen something, like she knows some terrible truth.

One of the problems, if it can be called such as thing, with all sequential – as opposed to episodic – television is that it makes jumping in halfway through a season difficult. Episode 5 of Penny Dreadful somewhat alleviates this problem by being a self-contained story. It could very easily have been a first episode and is worth watching just for Green’s performance, or as a piece of period drama. The sets are particularly wonderful this week, from the austere white tiles of the asylum to the county houses; the Murrays’ high ceiling and open doors and the Ives’ claustrophobic studies and sitting rooms.

This is not to say that it does not progress the larger story. The exotic stranger with whom poor Mina became involved (still unnamed, but – whisper it – dee arr ay see you el ay) looms with even greater menace, but more importantly we see the complications in Vanessa and Sir Malcolm’s relationship and how loose their alliance actually is. There’s also the source of Vanessa’s visions. Remember what she said about a witch’s spell bringing the dead to life? Well, for that to be true, one must first be a witch…

Netflix TV review: Orange Is the New Black Season 2, Episode 6 (You Also Have a Pizza) 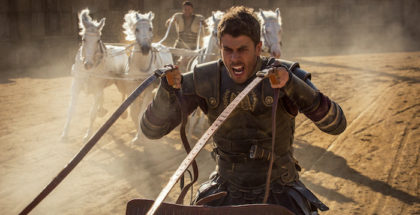