Review: Top Gear – and why it could learn a thing or two from BBC Three's Extra Gear | VODzilla.co | Where to watch online in UK | How to stream

Review: Top Gear – and why it could learn a thing or two from BBC Three’s Extra Gear

Top Gear without Clarkson, Hammond and May? The BBC reboot was always damned if it did and damned if it didn’t. And, sure enough, the first episode aired with Twitter in full backlash mode. Some were angry it was too much like the old show. Others were angry that it wasn’t like it enough. In short, people were angry.

All that shouting on the Internet was nothing compared to Chris Evans, though, who took on the job of hosting the revamped series with the hyperactive enthusiasm of Brian Blessed – and his voice-box too. He jumped around the studio, shouting at the audience. He drove around fast cars, shouting at the camera. Then he got out of the car to trade banter with co-host Matt LeBlanc. Mostly by shouting.

Evans, who is no stranger to shouting on TV, seemed like a good choice to take over presenting duties: he’s been on the show, he knows his cars and he often comes across as an egotistical prick. Unfortunately, though, he appeared all too aware of the big shoes he had too fill – his script made him sound less like Chris Evans and more like someone doing an impression of Jeremy Clarkson.

But the show had a secret weapon: Matt LeBlanc. The former Friends star – another veteran of the show – turned out to be a natural Top Gear host, perhaps because he had no British counterpart to be compared to. One sequence involving an off-road Ariel Nomad was laugh-out-loud funny, with LeBlanc managing the golden combo of driving and joking at the same time, while still being effortlessly charismatic. Compared to Evans’ film (a laser-gun-themed review of a flashy blue Corvette), LeBlanc raced ahead in the hosting stakes – you wouldn’t blame the show’s producers if they made him lead presenter instead.

The important thing to bear in mind is that this could actually happen: the show, after much-publicised production delays and problems, is still filming its current run a few weeks ahead of broadcast, which means that any feedback from its debut outing may well be taken into account for future episodes. Don’t forget that it took Jeremy Clarkson a year to get the hang of hosting Top Gear – and a lot longer for the popular trio (soon to be seen in their own show on Amazon Prime Video) to establish their schtick.

The problem with the new Top Gear is that it risks taking just as long to lose that schtick. The format is tried and tested, so it makes sense for the programme to stick with it to some degree. The visuals in Episode 1, for example, were as stunning as ever, while the soundtrack borrowed from film soundtracks (hello to The Man from U.N.C.L.E.) with typically good taste. But attempts to replicate the old, banter-filled challenges left this incarnation paling in comparison: half of the first hour consisted of a trip to Blackpool (purportedly pitting the US against the UK) that lacked tension, excitement and, most of all, entertainment. The whole thing climaxed with two men literally driving up a hill – hardly primetime Sunday night viewing. Evans and Matt LeBlanc may prove to have great chemistry together: this was not the film to do it.

The Star in a Reasonably Priced Car smartly switched things up a bit, by changing the old track for a new rally course, but failed to be anything more than mildly engaging filler – despite having both Jesse Eisenberg and Gordon Ramsay on the car seats for Evans to interview. It’s telling that the far better interviewing came from new signings Rory Reid and Chris Harris, who quizzed comedian Chris Ramsey about his ride and his fondness for LEGO. Where were they? Not in the main show, but in BBC Three’s Extra Gear, a 30-minute spin-off show released online on BBC iPlayer five minutes after the BBC Two show ended.

Effectively taking the news segment of old (presumably to make room for more banter-filled stunts in the main show) and combining it with some in-studio chats, plus a lap or two around the Top Gear track, the half-hour web series was Top Gear for the fans who tune in for the vehicles. With new, knowledgeable presenters and a different format, it felt like a breath of fresh air compared to the rehashing of the programme proper (although we could have done without the behind-the-scenes bits). All that from just three guys chatting about cars in an old hangar? Top Gear could learn a thing or two from Extra Gear – not least because it also gave German racing driver Sabine more airtime.

But again, this is a show in the making – and for all its fast-paced four-wheeled stars, the new Top Gear is still only tuning up its engine. Ramp up the LeBlanc, steer the script in a slightly different direction and dial down the shouting and you have the basics of a fun ride. Even as it is, this test drive is not terrible.

Catch up TV reviews: Secret Life of the Human Pups, How to Get a Council House, Magnifica 70 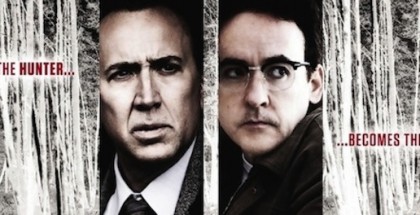