VOD film review: The Lorax | Where to watch online in UK | How to stream legally | VODzilla.co

Compared to other films of Dr. Seuss, The Lorax feels flat and doesn’t amuse.

If, back in 2012, you saw a bus
And noticed a painting of bright orange fuzz
With a moustache the size of a house or a tree
You might have wondered if The Lorax was a must-see.
The answer, dear reader, is sadly a “no”
Even with it on Amazon Prime Video.

We’ve all heard of Thneedville, a wonderful place,
The pinnacle of the modern human race
Where drivers aren’t afraid to hold down the throttle
– and air is so fresh that it comes out a bottle.

But young Ted (Zac Efron)’s a curious boy
And starts asking questions that really annoy
The mayor of Thneedville, a small, nasty bloke,
Who hates people thinking “Where did the trees go?”

So Ted leaves the town and beyond the wall
Finds a land of pollution that would really appal
Ted’s neighbour, a girl, the apple of his eyes
Whom he hopes to woo with a tree-shaped surprise.

He meets the Once-ler (Helms), a reclusive fellow
Who once loved the trees, all pink and all yellow,
But then chopped them down to make a quick buck –
thanks to him, the environment’s all out of luck.

Directors Renaud and Balda take us back in time
To see this weird Once-ler during his prime:
He leaves home to get rich and starts to live rough
In woods with singing fish and CGI stuff.

It’s a big pile of sight gags and occasional songs
But while the forest looks stunning it puts its feet wrong
The story’s stretched to fill an hour and a half
Which is a problem because it never makes you laugh.

Then DeVito’s titular figure appears
You expect something to happen, you cover your ears
But he just waves his hands, huffing and puffing,
“I speak for the trees!” he warns – and does nothing.

Plot holes arise involving a seed
(with a useless hero that’s just what we need)
and the flaws start to pile up by the dozen
It’s like My Neighbour Totoro’s rubbish cousin.

Halfway through the film Fred starts to sing
A big number with a strong moral sting:
“How bad can I possibly be?” he cries
As if it’s a challenge to which the film must rise.

It’s no Horrid Henry or other such guff
But it’s missing something: where’s the humour and love?
Efron, Helm, DeVito; they all bring some heart
But the film winds up less than the sum of its parts.

Is it the tacked-on romance that makes you stop caring?
The nice eco-message that’s a bit overbearing?
In the end, the balance doesn’t quite work
And The Lorax’s lack of importance does irk

“It’s only a kids’ movie,” some folk may cry
But children deserve good films just like you and I
And while the finale borders on moving
The other two-thirds really need improving

Compared to other films of Dr. Seuss
The Lorax feels flat and doesn’t amuse
It may seem like something to let your kids view
But you’re better off watching Horton Hears a Who.

The Lorax is available to watch online on Amazon Prime Video as part of a Prime membership or a £5.99 monthly subscription.

Where can I buy or rent The Lorax online in the UK?

Art or advert? The LEGO Movie: Product placement without the instruction manual 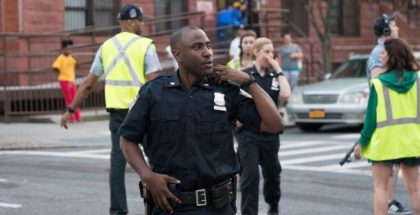 Why you should be watching Stranger Things on Netflix UK... July 12, 2016 | Helen Archer