A dimly remembered echo of Verhoeven’s classic, Wiseman is too in thrall with the surfaces of prior Dick adaptations to ponder their substance

Both film versions of Total Recall – the much-loved 1990 Arnold Schwarzenegger / Paul Verhoeven blockbuster, and this remake from Underworld director Len Wiseman – are based on a short story by Philip K. Dick called We Can Remember It For You Wholesale. And ‘wholesale’ is the operative word in Wiseman’s version, which treats the collected film adaptations of Dick as a job lot. While the basic plot and premise are lifted from the Verhoeven film, the vision of a rain-blasted urban underclass comes straight out of fellow Dick-inspired classic Blade Runner, while the emphasis on realistic future gadgetry (notably, a gun that fires dozens of tiny surveillance cameras) and the presence of Colin Farrell can’t help but recall Minority Report.

Aptly, given the subject matter of unreliable memories, this leaves a film that doesn’t really have an identity of its own.

Given the reputation of the 1990 Recall as a trash masterpiece, there’s a legitimate case to be made that this story was worth remaking, in order to emphasise Quaid’s slippery sense of self. Yet Len Wiseman isn’t interested in reflecting on the character’s psychological trauma (belying the casting of Farrell: why not just plump for Nic Cage or Jason Statham and be done with it?). Yes, Wiseman can rustle up a reasonably kinetic chase sequence but without any real purpose behind the pursuit, it’s a lot of huffing and puffing over nothing.

Changes to the 1990 plot see the Mars rebellion replaced with the struggle for freedom of Australia (or, in the film’s sub-Orwellian language, The Colony). That’s a sign right there for the film’s literally limited horizons: Wiseman never leaves Earth. While there’s a cute plot device-cum-metaphor of a gravity elevator that links the hemispheres, it’s worrying when blockbuster filmmaking hasn’t really moved on from Metropolis in terms of social comment. And then there’s the fact that Australia is largely indistinguishable from the supposed affluent Britain, since both are generic, CGI-augmented multi-level mega-cities. Whither the exotica of Verhoeven’s Mars? (The inevitable appearance of the three-breasted prostitute makes zero sense here, in a film that is otherwise single-mindedly dour in its future-realism).

The same applies to the casting. You might argue that the identically gym-fit Kate Beckinsale and Jessica Biel are a subtle hint as to the film’s unreliability, but equally it might just be a lack of imagination. But what about replacing Schwarzenegger with proper actor Colin Farrell? Sadly, Farrell could be anybody here; he is given zero opportunity to showcase either his Irish charm or the well-developed sense of comedy apparent in In Bruges. Ditto Bryan Cranston, whose near-ubiquity these days simply means that he doesn’t have the time on-screen or off- to create a villain with anywhere near the complexity of his work on Breaking Bad.

The year of 4K: Breaking Bad, House of Cards both to stream in Ultra HD on Netflix 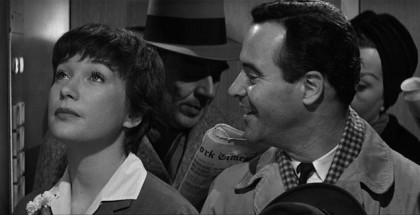