Netflix UK TV review: Safe | Where to watch online in UK | How to stream legally | When it is available on digital | VODzilla.co 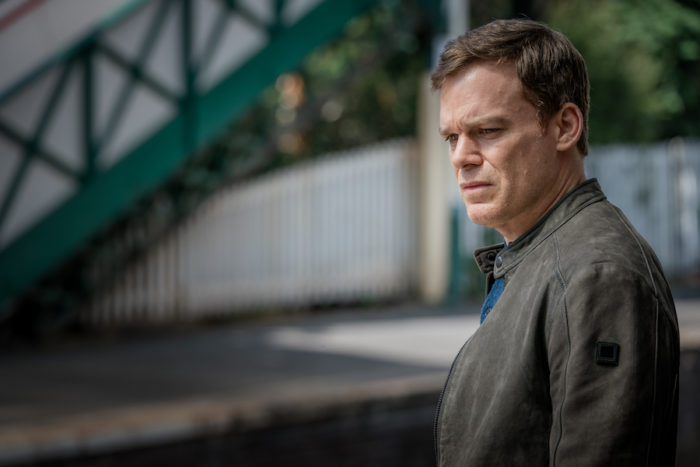 “Do you believe him?” asks copper Sophie (Amanda Abbington). “Not enough,” (comes the reply from seasoned detective Emma (Hannah Arterton). That’s the key to Netflix’s new crime drama, Safe: it’s a show that hinges upon uncertainty, is fuelled by doubts and thrives on ambiguity.

It’s a good job, then, that it’s created by Harlan Coben, veteran of the classy end of airport crime novels, including Tell No One, which was turned into a gripping French thriller in 2006. Coben has since created The Five for Sky One, in collaboration with Danny Brocklehurst (Shameless), and it’s that partnership that once again gives us a fast-paced, unpredictable drama.

It follows Tom (Michael C. Hall), a widowed paediatric surgeon, who is struggling to raise his two daughters – particularly because Jenny (Amy James-Kelly), the eldest, is at that difficult teen age, and because she resents him for not being there on the night of her mother’s death. When Jenny goes out for a party and never comes home, it perhaps might not seem like a big deal, but as the hours tick by and she still doesn’t appear, Tom suspects something’s up. Enter the police.

A rogue dad desperately investigating the disappearance of his daughter? Safe’s biggest weakness is that it’s the latest in a long line of parent-turned-PD dramas, most notably Save Me, Sky Atlantic’s thriller from The Walking Dead’s Lennie James. In a crowded genre, it takes something special to stand out. Save Me did so, thanks to the intense dedication of leading man Lennie, and its unrelenting darkness in exploring the grim underbelly of London. Safe can’t quite compete with that level of bleak horror or social commentary, but nor can it compete on an emotional level – Michael C. Hall’s performance is commendably consistent, complete with his solid British accent, but it’s so determinedly English that it never quite opens up into something genuinely, heart-breakingly vulnerable.

Where it does succeed, though, is in its plotting, as Brocklehurt’s script surrounds our lead with entirely unreliable people. “You’re entitled to your secrets,” Tom’s best friend, Peter (a scene-stealing Marc Warren, reminding us just how superb he can be), tells Jenny, before she goes missing – and the show takes that motto to heart, giving everyone on screen a potentially ulterior purpose. There’s the teacher who’s potentially had an affair with a student, the closed community of teenagers (led by Sia, who hosted the party Jenny attended) who refuse to snitch on each other, and Sia’s dad, Jojo (Nigel Lindsay), who has his own skeleton in the closet to excavate. Even our police officers are dubious, with Sophie very friendly with Tom and city copper Emma harbouring private reasons for her transfer to this quiet suburb. As for Tom, he’s already compromised his integrity by installing a snooping app on his daughter’s phone.

The result is a show that’s driven by twists more than character, but Safe’s strength lies in the fact that it knows it: director Daniel Nettheim rockets each episode along, the 40-minute runtimes avoiding any sense of lag and encouraging binge-watching to reach the next (increasingly preposterous) reveal.

That means that we get constant flashbacks to the night of Tom’s bereavement, as we unpick what happened, to balance out his guilt-fuelled race to find his daughter – a sprint that includes chases, heated interrogations and lots of barging into rooms uninvited. That also means that we get to spend more time with everyone else around him, as we learn more about their hushed motives. Warren, in particular, relishes the chance to take proverbial stabs in the dark at any suspect who comes along, but the star of the show emerges as Nigel Lindsay. Over a decade on from his hilarious turn in Four Lions, he brings comic relief and commitment to his clearly untrustworthy family man – a man who can make you laugh out loud at the words “finger-painting”, before going to nasty extremes to cover up his actions.

With Lindsay increasingly hogging the spotlight, Safe ends up with the right balance of trashy soap and compelling pacing to remain entertaining. There are smarts behind the silliness – one initially unconvincing plot point involving Facebook proves to be a neat double-bluff – but the fun lies in the programme being content with its pulpy paperback tone, happy to keep you turning the pages until the end. Do you believe it? Just enough.

Safe is available on Netflix UK, as part of an £9.99 monthly subscription. 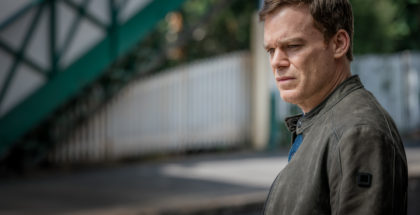