Netflix UK TV review: Chasing Cameron | Where to watch online in UK | How to stream legally | When it is available on digital | VODzilla.co

Who is Cameron Dallas? Netflix's new documentary series about the social media star is insightful, but uneven viewing.

“Right now the traditional mainstream media kind of frown upon social media, but they don’t really understand the full power of it.”

That’s Cameron Dallas at the start of Cameron Dallas’ new Netflix series, Chasing Cameron. If that name doesn’t ring any bells, this is not a show meant for you – but that, in a way, is why you should watch some of it.

Cameron Dallas, for those who aren’t teenage girls already subscribed to his channels, is a social media celebrity, who is famous simply for being a social media celebrity. He posts pictures and videos of himself looking good and doing stupid things on Instagram, Snapchat, Vine, and more, and people like them. In 2016, that’s enough to be a success. And to earn your own Netflix documentary, giving everyone a rare look at the life of Vine star.

Of course, there are many factors apart from good looks that go into becoming a top web celeb, and we get a hint from his family members at some of them. We’re told that at high school he wasn’t popular, that he then began to get involved in Instagram, that he spent time crunching the analytics numbers – but that’s it. There’s a brief mention of him (and another young internet star) lacking a father figure, but even that theory is dropped quickly. What we’re left with is a series profiling Cameron Dallas without going into depth about Cameron Dallas that’s executive produced by, you guessed it, Cameron Dallas.

Rather than follow his rise beyond his apparent overnight stardom, the majority of the 10-episode show consists of a fly-on-the-wall account of Cameron’s worldwide tour earlier this year – a tour that is part of what’s called MAGCON. Run by Bart Bordelon and Dallas, it’s a “Meet and Greet” convention that lets his thousands of followers meet him in real life, along with a bunch of other online personalities – as long as they’re willing to pay for it.

The series is a strange beast, never quite sure what to show and what not to show. Purporting to give us a candid insight into Dallas’ world, it’s full of details about how MAGCON is run, from the difficulties of trying to keep other stars in line to the very real perils of fans being crushed against barriers in a crowded room. But while we see endless shots of screaming girls lining up to kiss, hug and proclaim their love for their idols, we never see much of them on stage – a striking contrast to Lilly Singh’s similar YouTube Red documentary about her own tour.

While Singh, and other vloggers, put on comedy sketches, musical numbers and more, you begin to suspect that the reason we don’t see Dallas on stage much is because his gang don’t have much of an act to perform: the footage we do get mostly consists of young guys jumping up and down in time with some music, shouting out words such as “hyped” to an excited crowd. One star who can sing and play guitar (Willie Jones) appears late on, while MAGCON veteran Aaron Carpenter’s single, She Know What She Doin’, only seems to consist of four lines, none of them particularly good.

Commendably, the show doesn’t shy away from the negative events that occur during the relatively disaster-prone tour, whether that’s Dallas struggling with the genuine pressure of his fame to Taylor Caniff complaining that he hasn’t been given spending money for the day. At one point halfway through, their tour manager and security team all leave. But the glimpses we do get of these incidents, and the commercial complications they cause, are only ever presented in a way that feels disappointingly airbrushed.

“If you thought that was crazy, check out what happened on the bus to Munich,” offers Cameron, following the Paris walk-out. Then we’re treated to a prank involving someone putting a spoon up their butt. Another low point sees the guys without a shower at their hotel. “My hair is fudged up”, complains Cameron in a bit recorded after the event, when he’s sporting perfect hair.

Even Cameron’s introduction to each episode doesn’t seem to know what its focus should be. “I didn’t know what I was chasing,” his voice-over explains. “At first, I was chasing my dream, now I’m just chasing life. Along the way, you start chasing something bigger. But this life is more complicated than it seem, and while you think you know what you’re chasing, the truth is you never know what you’re going to find.”

One thing that is certain is that Dallas gets the final say in any dispute. When he sneaks a girl on the tour bus after a gig, he protests at being told that he’s not allowed to, because it opens them up all kinds of accusations that would damage the brand. “I guess she shouldn’t be on the bus,” he admits, before adding: “There are two sides to it. If I wanna hang out with a girl, I’m gonna hang out with a girl.”

It’s that seemingly censored approach – Bart orders the camera away when really bad topics need to be discussed – that leads you to question the other things that go unaddressed on screen. It soon becomes apparent, for example, that the fans we see are always exclusively girls. Does that mean there are no male fans of Dallas and his oft-photographed abs? Or are they just not shown as it could affect their apparently heterosexual image? “It’s hard not to accept all the attention you get from the girls,” comments tour emcee Colby James at one point. “Boys will be boys.”

There is something mildly uncomfortable about watching these boys endlessly tell fans they love them, in exchange for being told how happy their photos and videos make these girls – although the show takes care to include some parents talking about how they’re quite happy for their daughter to attend the event. Scenes of younger talent, such as recent high-school graduate Trey Schafer, being signed up by MAGCON, meanwhile, gives an intriguing perspective on how the whole business operates, both in terms of their strategy of bringing in new tween customers, and Schafer’s own attitude: while the rest do their meet and greets, he doesn’t agree with the price of MAGCON’s VIP tickets, instead meeting fans for free at the merchandise stand.

But while strange, this is the new world of online celebrity, and Chasing Cameron offers an insightful introduction for those curious what it’s all about. This is useful viewing for parents looking to understand who their daughter (or son) is following on social media. As a TV show, though, it’s inherently skewed, never quite making its leads sympathetic enough to be engaging, nor being honest enough to address their flaws. You suspect it would be better in the six-second doses Dallas and friends are traditionally meted out in. With the talent not so involved in the producing side of things – Dallas throughout comes across as a smart, business-savvy young man – perhaps the result would feel less corporate. Fans, of course, won’t mind, and will enjoy the behind-the-scenes footage of events they may well have attended. Older audiences, meanwhile, will learn the full power of social media. But this isn’t likely to do much to lift their frowns.

Chasing Cameron is available on Netflix UK, as part of an £9.99 monthly subscription. 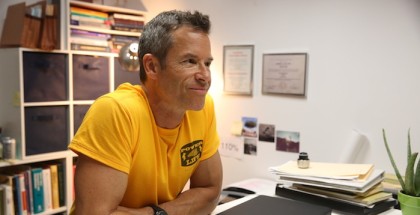 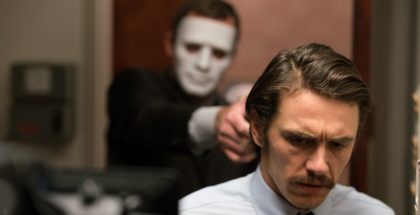