Netflix UK film review: The Unforgivable | Where to watch online in UK | How to stream legally | When it is available on digital | VODzilla.co

Sandra Bullock is one of the most underrated actors working today. Now, hot on the heels of Halle Berry’s Bruised, she’s joining the club of underused stars getting their own deserved showcases via Netflix. Unfortunately, not unlike Halle Berry’s Bruised, The Unforgivable doesn’t entirely live up to its leading lady.

Based on Sally Wainwright’s three-part series Unforgiven, the film follows Ruth Slater (Sandra Bullock), who has just been released from prison. Serving a sentence for a violent crime, she finds herself facing judgement from everyone around her, struggling to get a job despite her carpentry skills and having to regularly meet up with her parole officer to avoid going back inside. The one thing she wants to do is the one thing she’s told she can’t: see her family and, in particular, her estranged sister, Katherine (Aisling Franciosi), who now doesn’t know who Ruth is or where she is.

What unfolds is a film of two halves, as Ruth finds herself surrounded by people who either agree or disagree with the film’s title. Jon Bernthal continues a run of brilliant, understated character work as Blake, a coworker who has a sympathetic understanding of what Ruth is going through. Vincent D’Onofrio couldn’t be further from Daredevil’s Kingpin as a lawyer with an open heart. But the sons of the police officer whose murder led to Ruth’s arrest (Will Pullen and Tom Guiry) are determined to make sure she doesn’t find redemption – and the adoptive parents (Richard Thomas and Linda Emond) who are now looking after Katherine have no time for her either.

The glum script never quite manages to bring all these strands together. Condensing the series’ story into a feature-length narrative only highlights its more implausible elements, but at the same time the uneven pace leaves the more familiar plot beats plodding along.

However, Bullock’s muted, committed turn helps make up some of the shortfall and director Nora Fingscheidt, who made her debut with the excellent System Crasher, crafts some moving individual scenes between Ruth and the other characters – most notably Viola Davis in one pivotal, powerful exchange. In these moments, Sandra Bullock’s knack for performing with, and opposite, others comes to the fore – a generous chemistry that has seen her turn her hand to romantic comedies and crime thrillers and everything in between. As a reminder of her talents, this heavy-handed drama is a worthy effort, but otherwise The Unforgivable is far from unforgettable.

The Unforgivable is available on Netflix UK, as part of an £9.99 monthly subscription. 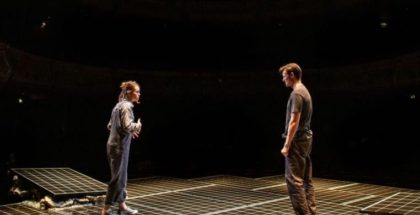