Netflix UK film review: The Social Dilemma | Where to watch online in UK | How to stream legally | When it is available on digital | VODzilla.co

This eye-opening documentary about the way social media companies use users' data is a scary watch.

In case you thought you were already aware of the nuances and intricacies of the social media industry, the chances are you’ve barely scraped the surface of how Twitter, Facebook, Google and Instagram actually operate and the manner in which they’ve been shaped for nefarious purposes.

“We were naive about the flip side of that coin,” says one of the several big tech ex-employees we’re introduced to at the very start of this documentary. It quickly unnerves by how precisely and pacily it conveys its information that, beneath the clickable, colourful, user-friendly experience of using social media, we are informed about the prevalent dangers of it.

Fictional enactments are littered through these 90 minutes of hard-hitting expose, in which a regular family helps illustrate the normative and compulsive behaviours many of us will recognise. It normalises the functionality of 21st-century family life, especially how teens communicate and perceive the world in the golden age of the internet and social media tools.

The big question, specifically, is what’s wrong with big tech. As per the reactions of some of the most gifted and creative minds behind Gmail and Pinterest, it’s hard to pinpoint. Hard to define. That’s because there is no simple quick fix answer; there is a plethora of contextual processes and explanations that can give us a clearer understanding, which is precisely what unfolds during the feature.

The film often refers back to Tristan Harris, a tech insider formerly at Google (before stepping down) and vocal ethicist, who speaks up in a culture of big tech influence and big money that so often equates to silence. It’s a fascinating delve into what goes on in the minds of those employed to get inside our minds, offering an inside look at the apps we use daily and without a second thought. That unsuspicious nature when people log into Facebook or Instagram is their biggest asset – that everything you see and do via your online-connected devices is a calculated move by computer scientists essentially mass-manipulating on a global scale.

While you’ll no doubt be aware that sponsored ads and content are algorithmically filtered into your personal online experience, what’s uncovered here in much finer detail will go far in redefining your own views on the functionality of social media. We aren’t the customer – the advertiser is the customer, and we are the product.

Despite others theorising that our own behaviour is also seen as the product, by the end of Jeff Orlowski’s doc, the revelations could very well reprogram your own thought processes when it comes to how you perceive and interact with apps moving forward.

Genuinely interesting chapters on data mining, the dissemination of fake news and the shaping of real-world events are explored with a convincing authority that makes you sit up and take note. It’s what companies do with our data that matters, how they implement their strategies with a folder brimming with our online footprints, knowing our every move and like and interest, so they can work that to the advantage of the advertisers who wish to make even more money off us. We are successfully being manipulated, via algorithmic interactions, as millions (now spilling into billions) of people have been majorly influenced for years without realising.

In truth, it’s scary to learn how easy user manipulation is and how long it’s been going on. We are, on the face of it, decades into this “experiment” whereby social media is used for capitalist gain.

The Social Dilemma conveys the ease at which people, often kids, are targeted, slyly controlled for the financial benefits of advertisers – which touches upon an even deeper ethical debate over how people are radicalised and duped into believing falsehoods. The vulnerability of the mind that has been exposed here is terrifying. You’ll feel not only powerless but also a sense of gullibility. The way the doc visualises emotional puppetry, akin to Inside Out’s fictionalised control room, is a clever way to illustrate how we’re used in the game of online life. We are lab rats but the benefit isn’t to cure disease or ease suffering, it’s to continue making money for the filthy rich.

The fact these industry experts who designed most of this addictive stuff are now warning us, having also fallen prey to their own creations, is terrifying, leading to the question of what the existential threat is. Us, as a society, or the technology itself?

Chillingly, when we reach the film’s conclusion, it all feels like a messed-up episode of Black Mirror, but this is now. And it has been slowly, covertly expanding over the past decade or more – we just didn’t notice. “Is it going in a good direction?” asks Tristan. “Can we do better?” poses the interviewer. “I hope so,” he replies.

The Social Dilemma is available on Netflix UK, as part of an £9.99 monthly subscription.

Why Grey’s Anatomy should be your next box set 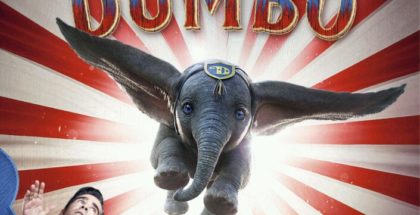