Netflix UK film review: Long Shot | Where to watch online in UK | How to stream legally | When it is available on digital | VODzilla.co

“I can’t believe I have to say this, but just so you know, there’s no way the two of you work.” That’s the Secretary of State’s aide to the Secretary of State in Long Shot, a film that dares to pair her off with a stoner reporter. There’s no way the two of them work, and yet, against all logic, the film asks us to believe that they do. That we don’t stop to doubt it for a second is testament to the chemistry between them – and also to how funny the film is.

We meet Secretary of State Charlotte Field (a hilarious Charlize Theron) as she learns that President Chambers (a hilarious Bob Odenkirk) is planning to resign to pursue a movie career. She senses a chance to launch her own Presidential campaign, just as she crosses path with Fred Flarsky (a hilarious Seth Rogen), her former babysitter and now an unemployed journalist, after he quit over the purchase of the newspaper he writes for by a rich media mogul (a hilarious Andy Serkis). Hired by Charlotte to be a speech writer, the stage is set for a star-crossed affair, but what works about Long Shot is that it’s a mis-match professionally as well as personally, thanks to Fred’s outspoken political views and his inability to take things seriously.

The result is wonderfully fertile ground for real belly laughs, and Rogen and Theron don’t drop the ball once. From her having naps with her eyes open to him writing such articles as “Why The Two-Party System Can Suck A Dick”, the characters are drawn just well enough to feel rounded and human against the backdrop of cartoonish parodies of Rupert Murdoch and Donald Trump, not to mention Justin Trudeau (a hilarious Alexander Skarsgård). Over the course of the film, Fred is called out for his immature ways and becomes a better person, while Charlotte sticks to her moral principles in a sea of dubious politicians and sexist media coverage. But they’re also naturally raunchy, giving Rogen and Theron the opportunity to swear, chat nonsense and drop pop culture references with R-rated abandon – writers Liz Hannah and Dan Sterling and director Jonathan Levine craft some brilliant set pieces, from Fred falling down some stairs at a party to a sequence where the two of them are high during a major national incident.

Throw in a savvy best friend – a scene-stealing O’Shea Jackson Jr. – who’s both a wise-cracking sidekick and a surprisingly sincere supporter of our hero, despite being on the opposite site of the party spectrum, and you have a movie that’s rooted in politics as much as attraction and doesn’t meet a beat in either regard. There are romantic comedies that deliver romance and skip the laughs. There are romantic comedies that hit your funny bone but fizzle when it comes to the chest. But a romantic comedy that delivers both romance and comedy in equal measure? Long Shot is a rare pairing, but it easily wins your vote.

Long Shot is available on Netflix UK, as part of an £9.99 monthly subscription.

Where can I buy or rent Long Shot online in the UK?

What Did Jack Do? David Lynch drops surprise Netflix short 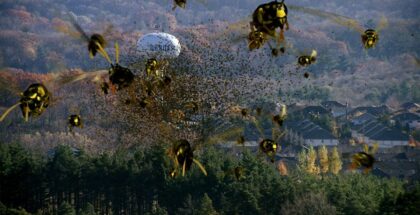 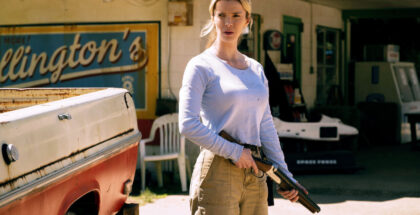