Netflix UK film review: Being John Malkovich | Where to watch online in UK | How to stream legally | When it is available on digital | VODzilla.co 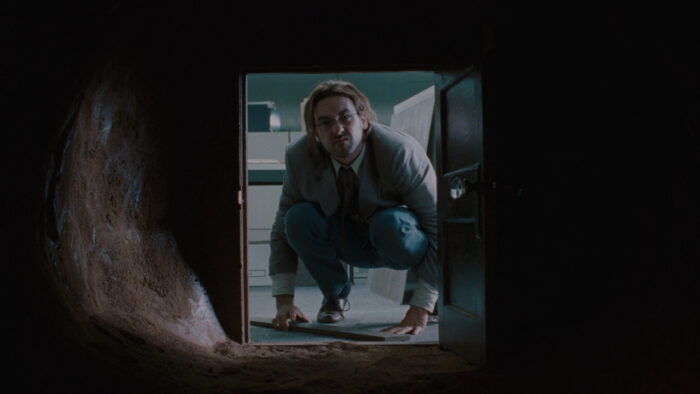 What if the only way you could be yourself was by being someone else? What if that someone else was 40-something character actor John Malkovich? What if a portal in the back of an office block allowed you to do just that, before spitting you out on the motorway outside New Jersey 15 minutes later? All three of these questions are seriously asked by Being John Malkovich, an absurd, amusing, thoughtful oddity that’s as funny as it is insightful.

The first feature film for director Spike Jonze, whose innovative visuals have impressed in all manner of memorable music videos, Being John Malkovich ultimately ended up being the calling card for another key player: writer Charlie Kaufman, also on his first feature film, who went on to pen the dizzying Eternal Sunshine of the Spotless Mind, Adaptation, Synecdoche New York and Anomalisa. What first dazzled as a one-off, original exploration of the human psyche became the first in a train of existential comedies that grappled with thoughts of loneliness, isolation, a yearning for connection and, most of all, identity.

Are we defined by our memories? Our feelings? The interests, attitudes and things we project on to other people, or the things they project on to us? That gulf between self and other is where Kaufman’s insecurities lie, and while, at times, his witty deconstruction of his own obsessions risk indulging in self-pitying male protagonists, Being John Malkovich carries a more open-minded philosophy that gives it a winning sense of heart.

John Cusack stars as Craig Schwartz, a puppeteer who longs to be famous and appreciated – but instead has to make ends meet by taking a job as a filing clerk, while lolloping through his lifeless marriage to Lotte (Cameron Diaz), who loves animals more than she does him. Frankly, it’s hard not to blame her, as Craig spends his time either dreaming of success or lusting after Maxine (Catherine Keener), his new work colleague.

But when he and Maxine discover a portal that takes them inside the head of John Malkovich, things take a surprising turn – and another, and another. Swiftly realising the thrilling potential of disappearing into someone else’s skin, they begin charging people for 15-minute stints inside the actor’s body. Inevitably, John Malkovich finds out, and watching John Malkovich playing John Malkovich becoming aware that he – John Malkovich – is not quite himself is akin to seeing Jim Carrey’s journey throughout The Truman Show condensed into a tiny can of joy. By the time Malkovich being Malkovich inside himself – magnifying his own midlife crisis – things get so gloriously trippy that it’s an absolute hoot just to watch it unravel.

That pace and excitement abound through the whole film, which races past in a blur of one-liners and visual gags – the office Craig works in, brilliantly, is on Floor 7 1/2, where the overheads are literally low. And yet, while Cusack delivers a superb performance, Being John Malkovich impresses 20-plus years on because we’re equally drawn to what becomes a tale of self-actualisation for Cameron Diaz’s scene-stealing Lotte, who runs the whole gamut of emotions as she finds herself by finding a connection with Maxine… through the medium of John Malkovich.

Even as we laugh at the sight of Craig learning to puppet the ageing movie star – whom everyone remembers from a jewel thief film that he never made – the thing that stays with you is the bond that grows between the chimp-loving Lotte and Keener’s smugly note-perfect object of affection. By the time the credits roll, they don’t need Malkovich’s strange conduit to come to terms with how they feel. Craig – who can only experience meaningful connections by pretending to be, or controlling, other people – ends up the one trapped and confused, but the liberated Lotte and Maxine have a happy, healthy relationship as themselves, one that emerges as more grounded and real than any of the borderline sci-fi weirdness surrounding them. The result is Kaufman not only at his most energetic and upbeat but perhaps his most universal. Not bad going for a film about puppets.

Being John Malkovich is available on Netflix UK, as part of an £9.99 monthly subscription.

Where can I buy or rent Being John Malkovich online in the UK?

How to watch Premier League online with NOW TV 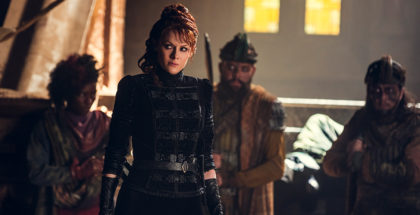 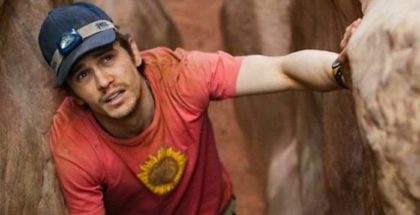 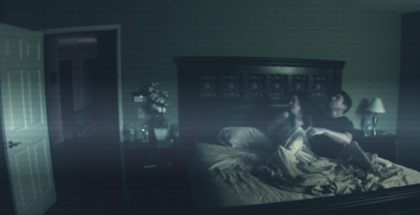 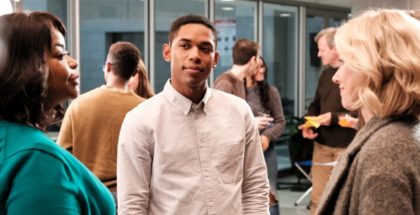