VOD film review: Bad Santa 2 | Where to watch online in UK | How to stream legally | When it is available on digital | VODzilla.co

This unwanted sequel is as funny and festive as the last 30 minutes of The Irishman.

It wasn’t long after Bad Santa turned out to be a breakout dark comedy hit in 2004 that star Billy Bob Thornton started talking about a sequel. We don’t have the full scoop on what went on behind the scenes, but it’s appropriate that his character in Bad Santa 2 is dusting off an old schtick in a new festive con to bag a big pay-off.

Set and released more than a decade after the original, the sequel finds Thornton’s alcoholic, sex-addicted Willie Soke on the verge of ending it all when he receives a big fat package of cash from an old associate, Marcus (Tony Cox). Travelling across the country to Chicago, Willie finds that his abusive mother, Sunny (Kathy Bates), has teamed up with his ex-con partner for a scheme to rob a double-dealing charity of the $2 million they’ve embezzled over the Christmas period, prompting him to don the red suit again to help them case the joint.

The original Bad Santa was conceived by Joel and Ethan Coen, turned into a screenplay by writers Glenn Ficarra and John Requa, and brought to the screen by director Terry Zwigoff of Ghost World fame. None of these were involved in the sequel, of which Thornton cheerfully told JoBlo in 2014: “We’re never gonna beat the first one, but you got to get as close as you can.”

Frankly, that quote reads like malice aforethought on this utterly bankrupt sequel, which is about as funny and festive as the last 30 minutes of The Irishman. It’s a follow-up that lives down to the moral panic that greeted the first film, with Johnny Rosenthal and Shauna Cross as the credited writers on a shapeless script that feels heavily supplemented by an ad-libbed race to the bottom. We’ve seen plenty of semi-improvised comedies like this in recent years, but few have so little life behind the eyes.

The bright spots are few and far between but, unaccountably, the casting is pretty good here. If you loved what Thornton and Cox did in the first one, you might be distracted from the severely diminished returns they put in here by the masterstroke of casting Kathy Bates as Willie’s mum. Elsewhere, Christina Hendricks has fun as one of the co-founders of the charity, who serves a similar role to Lauren Graham in the first one, and there’s an inexplicable cameo from Octavia Spencer.

It would be great to see Thornton and Bates doing anything other than a game of Cards Against Humanity with the least funny people you know, but you shudder to imagine how much worse the film would be without them. On another positive note, although Brett Kelly has outgrown the Thurman Merman character – another element that’s gone off in the intervening 13 years – there’s a neatness to where his character ends up after all the tired gags about his dim-wittedness. In the yawning chest cavity where this film should have a heart, it does at least have Kelly’s miraculously game performance.

True to that tacit admission that there was no point in making it, Bad Santa 2 is the cinematic equivalent of a Boxing Day hangover. If you have any sort of soft spot for the first film, this obnoxious, mirthless follow-up from the late-Weinstein Company fire sale will bury it with a stake of holly through its heart. In the Die Harder scheme of naming festive sequels, this might have been Badder Santa, but the result turns out to be much more grammatically correct: it’s simply worse.

Bad Santa 2 is available on Netflix UK, as part of an £9.99 monthly subscription.

Where can I buy or rent Bad Santa 2 online in the UK? 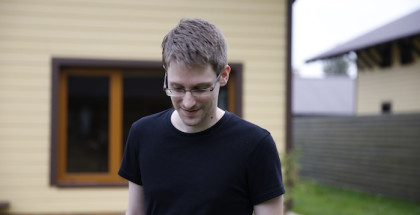