Netflix UK film review: Army of Thieves | Where to watch online in UK | How to stream legally | When it is available on digital | VODzilla.co

If you had to pick a film to start a franchise, Zack Snyder’s Army of the Dead wouldn’t be top of the list. If you had to pick a character from that surprisingly entertaining undead romp to kick off said franchise, safe-cracker Ludwig Dieter would be even lower on the list. Army of Thieves, then, a prequel that follows the young German in the run-up before Snyder’s zombie outbreak, is hardly the most anticipated release of 2021. Those low expectations, though, are just what the enjoyable thriller needs to smuggle its own brand of fun into your watchlist.

The film is a dream for anyone who watched the original zombie-heist blockbuster and wished there was more heist on display – this doesn’t just have one heist but multiple heists, as Ludwig (Matthias Schweighöfer) finds himself recruited by a crime ring looking to carry off a sequence of robberies across Europe.

The script, from Shay Hatten, doesn’t give much depth to its ensemble, but what it does assemble is a string of smart set pieces, with each heist full of distractions, misdirections and sleight of hand – all of them seemingly designed to leave Jonathan Cohen’s detective, Delacroix, scratching his head. By keeping the zombie apocalypse firmly in the background – Ludwig has dreams anticipating Army of the Dead – the film allows the stakes to be low enough for the thrills that are on offer to shine.

Matthias Schweighöfer directs the whole affair with a zippy pace that doesn’t let up, using some nifty CGI to visualise the safe-cracking process without losing momentum, while still finding time for a fun bicycle chase. Editor Alexander Berner slots it together with clockwork precision, from lively scene transitions to on-screen titles that announce characters with a knowing lack of subtlety. The cast tap into that vibe, from the always-excellent Guz Khan clearly enjoying himself as the comic relief (“Is it too late to change sides?”) to Game of Thrones veteran Emmanuel bringing some spark to a relatively understated romance with Ludwig.

But this is undoubtedly Schweighöfer’s show, and the actor-director pulls off his double shift with charisma. He’s goofy and charming as he bumbles through the chaos, and that energy powers the thriller through its two-hour runtime. By the end, you’ll be glad you got to spend more time with this endearing character – and if this unexpectedly old-fashioned caper is an indicator of what Netflix has planned for its Army of the Dead spin-offs, maybe there’s life in this franchise yet.

Army of Thieves is available on Netflix UK, as part of an £9.99 monthly subscription. 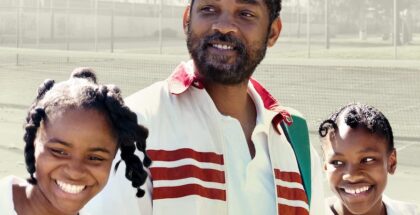