City Hall is one of the films playing at the online Glasgow Film Festival. For the full line-up, plus how the festival works, see our guide here.

Perhaps cinema’s first school shooting depicted was in Lindsay Anderson’s if…. (1968), whose antihero (Malcolm McDowell, in his on-screen debut) opens fire on fellow pupils, teachers, parents and visiting members of the establishment in a recalcitrant assault on society’s stuffy status quo. On 20th April 1999, the horror of the Columbine High School massacre knocked the allegorical stuffing out of this theme, leaving something raw and real, and it was a further three years before American cinema re-examined the school shooting as an explosive symbol of all that was rotten in the state of America. 2002 saw the release of Michael Moore’s Bowling for Columbine, Paul F Ryan’s Home Room and even Uwe Boll’s Heart of America, all prodding at the still open wound of Columbine. Gus van Sant’s blankly artful Elephant (2003) would follow, as well as Denis Villeneuve’s Polytechnique (2009) – the latter sensitively exploring the rippling aftermath of the 1989 École Polytechnique Massacre.

America has been plagued with too many actual school shootings to count here. Recently Lynne Ramsay’s We Need To Talk About Kevin (2011) offered a mother’s haunted perspective, while Jeremy Kasten’s The Dead Ones (2019) turned the issue into probingly serious horror, part psychological, part purgatorial. Run Hide Fight, though, may be the first film to transform such a scenario into pure wish-fulfilment action entertainment – and the results are queasily uncomfortable.

The film opens with 18-year-old Zoe Hull (a very impressive Isabel May) on a dawn hunting trip with her father Todd (Thomas Jane). She shoots her first deer, delivering the coup de grâce with a steely insouciance that surprises and worries even Todd, who is a tough veteran soldier. Zoe carries about her the ghost of her recently departed mother, Jennifer (Radha Mitchell), in much the same way that she always wears her father’s military jacket. She is smart, but also angry and aloof, keeping even her very closest friend, Lewis (Olly Sholotan), at a distance.

Yet later that morning at Vernon Central High School, as seniors’ prank day gives rise to a series of juvenile stunts, four armed students – Tristan Voy (Eli Brown), Kip Quade (Cyrus Arnold), Chris Jelick (Britton Sear) and Anna Jelick (Catherine Davis) – come crashing into the cafeteria with murderous intent. Attention-seeking Tristan has a plan to beat the record for pupils killed in a single school massacre, while broadcasting everything on a video livestream before a mass audience. This “numbers guy”, however, does not reckon on Zoe. She breaks free but, instead of fleeing the school, she heads back in, helping as many others as she can and, as Tristan puts it, “slowly pissing in his cornflakes”.

In other words, this is in some ways a retread of John McTiernan’s Die Hard (1988), now relocated to a high school’s corridors (in the Class of 1984). Injured but capable and determined, Zoe will gradually puncture Tristan’s Gruber-like boastful arrogance. The problem, though, is that Zoe is not some grizzled cop, but a schoolgirl – as her desperate survivalism slowly turns to something crueller and more vindictive, Run Die Fight ends up playing a similar game to Dennis Iliadis’ sly 2009 remake of Wes Craven’s The Last House on the Left. It simultaneously delivers, and confronts us with, what we desire – and thus shows us an ugly picture of ourselves as seekers of the kind of cold, casual revenge that motivated these shooters in the first place. Any viewer satisfaction here comes with a double edge; maybe the film is a journey into America’s dark soul after all.

“No, I’m sorry, I’m not one of them,” Zoe reassures a terrified science teacher (Barbara Crampton) who, seeing this girl with a shot gun, imagines Zoe to be the shooter. Others will make the same mistake over the film’s course, and the truth is Zoe has much in common with her adversaries. Like Kip, she is a misfit. Like Tristan, she is clever and calculating. Like Chris, she hears voices. And, like all of them, she is full of hurt, rage and trauma. Yet unlike them, and in keeping with her name, she values life – and as she stops running and starts fighting, Zoe finds her inner strength and the power to let her mother go.

If all this sounds like a cosy hero’s arc, eventually Zoe also becomes fully the cold-blooded killer whom the opening sequence hinted she had inside her – and we are invited to celebrate her climactic transformation into a sadistic avenger. “Everybody watching is culpable,” Tristan had told the sheriff (Treat Williams) over the phone during the violent siege. “You all post and you tweet and you share, everybody jumps at the chance to be both judge and jury, but in that system, sheriff, you’ve created a job opening: an executioner.” As Zoe fills that opening, we are indeed all culpable for cheering her on. Writer/director Kyle Rankin’s previous films Infestation and Night of the Living Deb were at the more comic end of horror. Here, he has something graver and morally murkier in his genre sights. 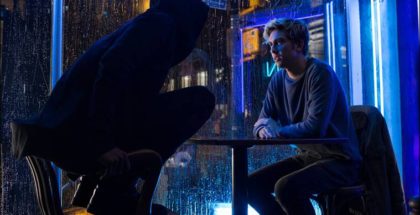 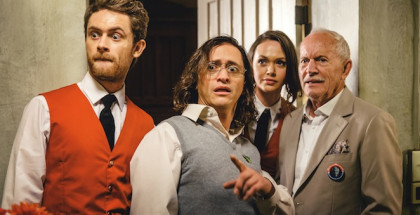