Why you should catch up with The Boys

Just when you think you’ve had enough of superheroes, along comes a TV show that finds a whole new side to them. That would be Amazon’s The Boys, a darkly satirical, darkly violent and darkly entertaining ride.

Had enough of superheroes? So have The Boys, who live in a world where the kind of comic book figures we’ve grown to love have become commercialised, corporate celebrities. These heroes fight for capitalism more than the wider community, maintaining their brands and protecting their bottom lines instead of, you know, actually doing good. So when faster-than-a-speeding-bullet hero A-Train (Jessie Usher) runs (literally) right through Robin (Jess Salgueiro) in the street, leaving behind splattered remains, her boyfriend, Hughie (Jack Quaid), takes it upon himself to get revenge.

The problem is that vengeance ain’t easy when your target is a wealthy conglomerate that parades The Seven (its equivalent of the Justice League) around with squeaky-clean video promos and a whole arsenal of Non-Disclosure Agreements. Hughie’s dad, played with a plausibly pathetic doormat vibe by a well-cast Simon Pegg, would gladly sign an NDA and take some compensation money, but Hughie is too angry for that – and so he winds up in the path of Billy Butcher (Karl Urban), who has his own reason to seek retribution.

Billy is the opposite of a hero. He cheats, punches, insults and lies at anything that crosses his path, if it’ll help him get his way. When he meets Hughie, he tells him he’s in the FBI, and we barely make it to the end of the episode until that falsehood’s exposed. What Billy does have, though, is a network of similarly jaded fellows, including the enjoyably verbose “Frenchie”, and they’re ready to team up and take down Vought for good.

It’s a decidedly messy mission, and showrunner Eric Kripke – plus directors such as Dan Trachtenberg – doesn’t shy away from that mess: within a few hours, we’ve seen someone’s head squished between someone else’s legs, some C4 shoved in a very painful place and innocent bystanders casually injured or killed during The Seven’s heroic escapades. It often feels like it’s edgy for the sake of it – expect the show to have its detractors as well as its fans – but the violence, crucially, is on both sides of the fence: the main thing separating the professional heroes from the vigilantes is that one has a team to edit it down into ad-friendly viral clips.

That blurring of moral boundaries serves the show well, introducing Aquaman rip-off The Deep (Chace Crawford) with a decidedly exploitative streak and making it clear that Superman-a-like Homelander (Antony Starr) has a fanatical ego and an awkward history with the rightly cynical Queen Maeve (Dominique McElligott, doing full Wonder Woman pastiche). New recruit Starlight (Erin Moriarty), meanwhile, brings a likeable idealism to the group, while her disenchantment and determination to stick up for herself give her a welcome amount of depth.

The only criticism is that apart from her and Hughie, the characters could do with more shades of grey; the heroes seem perfectly at home with their corrupt environment and dubious nocturnal antics. Then again, that’s partly the point; with a bit more substance on all sides of the fence, The Boys has the potential to be this generation’s answer to Watchmen, boldly raising timely issues such as sexual misconduct, doping, celebrity culture, social media manipulation and the abuse of power. All of this is embodied brilliantly by Elisabeth Shue, who steals the show as Vought’s senior VP, Madelyn Stillwell, the one tasked with managing the supes (despite having no powers herself).

Blazing a trail towards what will hopefully be questions about masculinity and the use of macho violence to obtain justice, The Boys is far from subtle, but it’s unabashedly dark with its sledgehammer message, diving into the genre’s potential for depravity with entertaining abandon. It might not be Alan Moore, but with a second season already greenlit, it could well soar to those heights in time.

The Boys: Season 1 and 2 is available now on Amazon Prime Video, as part of a £5.99 monthly subscription. 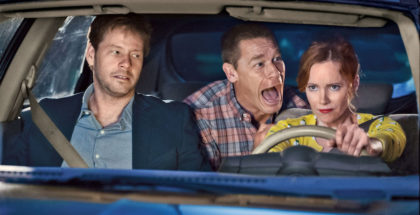 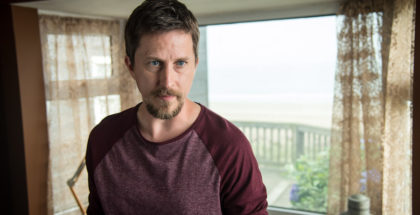