First look UK TV review: Reacher: Season 1 | Where to watch online in UK | How to stream legally | When it is available on digital | VODzilla.co

Alan Ritchison is perfectly cast as Jack Reacher in this rock-solid adaptation of Lee Child's novel.

Six feet and two inches. That’s how tall Alan Ritchison is. And that’s all fans of Jack Reacher need to know, as he steps into the colossal boots of Lee Child’s skyscraping pulp fiction hero. After two feature films based on Child’s books starring Tom Cruise – a pint-sized frustration for long-time readers – Ritchison more than looks the part. It’s a miraculous piece of casting – and testament to just how far picking the right star for your vehicle will get you.

Ritchison swaggers into the frame – you rarely see all of him at once on screen – with just the right blend of hulking intimidation and nonchalant confidence. It’s perhaps no wonder, then, that he immediately triggers the attention of the local law enforcement, who promptly arrest this stranger when he steps off a bus. Why? They think he might be connected with a murder in the town. It turns out he is, but not in the way they expect – and that, plus clearing his own name, is all the motivation he needs to start taking names, breaking arms and making things right.

He’s joined in his quest by the mild-mannered but deceptively tough detective Oscar (Malcolm Goodwin) and the smart but swooning officer Roscoe (Willa Fitzgerald). Together, they form a ramshackle team with an enjoyable uneasy chemistry and an unwavering belief in Jack Reacher’s innocence, purpose and methods.

It’s here that Reacher stumbles slightly, because Child’s novels are entertaining for their comfortingly familiar, occasionally ludicrous but tightly twisting plots, not for the thoughtful depth of his protagonist. With Reacher seemingly able to do no wrong and make no mistakes, there’s a limit to just how long he can be a magnetic figure on screen – even as an origins story, this introduction to Reacher’s new incarnation sees him already clued-up and tooled-up for the job of roaming rogue investigator.

But that’s perhaps a concern for future seasons – and make no mistake, based on the opening episodes, Amazon would be fools not to renew this drama for another season. Creator Nick Santora keeps the mystery ticking over nicely, and even knowingly resists letting Reacher speak for the opening reel, letting his stature do the talking. Ritchison, meanwhile, is superb at bringing Child’s 250 pounds of frontier justice to life. He’s horribly brutal when he needs to be, but crucially has the brains and the guile to make his mouth an equally vital weapon – he’s just as effective at talking to people, balancing a deadpan, smirking humour with the ability to make a threat sound chillingly like a promise. He’s charming and almost understated in his towering presence – a wild card with a heart of gold and the height of a double decker bus.

Translating that to the screen might be a tough mount to summit, but binge-watching all eight episodes of this rock-solid thriller won’t be a tall order for anyone.

Reacher is available to watch online on Amazon Prime Video as part of a Prime membership or a £5.99 monthly subscription. 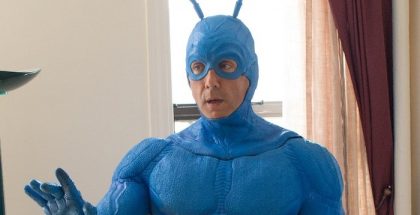