Why you should be watching Giri/Haji | Where to watch online in UK | How to stream legally | When it is available on digital | VODzilla.co

Giri/Haji: One of the year’s most original TV shows 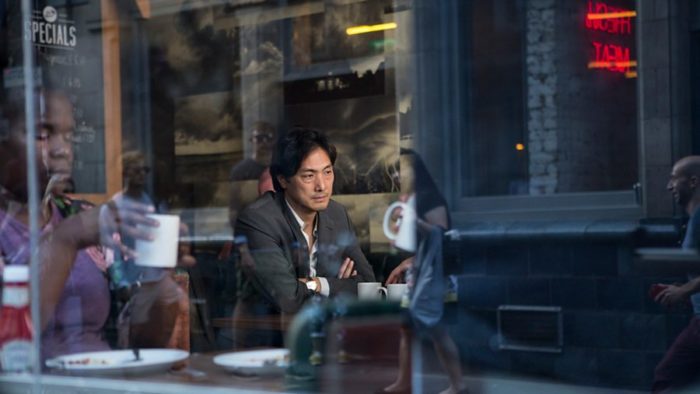 One of the year's most original and unique series, this globe-trotting, culture-blending thriller is a remarkable piece of TV.

In a London apartment, a man lies dead with a sword in his back. In Tokyo, a man sits at a table in a diner, looking at a photo of the crime scene. The two seem like their worlds couldn’t be farther apart. The fact that Giri/Haji, BBC Two’s jaw-dropping thriller, manages to connect the two at all is impressive. The way it does it, though, elevates it from a gripping drama to a truly remarkable piece of television.

Humans writer Joe Barton is the brains behind this globe-trotting feat, and he pitches us into the winding culture-clash narrative head-first. Except Giri/Haji’s strength lies in the fact that it isn’t about culture clash at all; the character-driven epic is driven by the similarities between Japanese and English culture, rooted in personal connections and, at its heart, is a universal story of loyalty and responsibility.

We jump from Tokyo to London as world-weary detective Kenzo (Takehiro Hira) travels to the capital on secret orders from his superiors – and the head of a yakuza clan. His mission? To find out what happened to his brother, Yuto (Yosuke Kubozuka), who went missing years ago and has long been presumed dead. There, he crosses paths with Met detective Sarah (Kelly Macdonald), sex worker Rodney (Will Sharpe) and a cluster of British gangsters (Charlie Creed-Miles, Justin Long).

If that sounds like a lot of people and strands, rest assured: Giri/Haji juggles them all with a lightness of touch and an earnest patience. They’re all tied together by the underlying themes of duty (“giri”) and shame (“haji”), which have different causes and consequences for each person we meet. Everyone gets the screentime to explore their own troubles, from Rodney trying to juggle his Japanese-British identity to Sarah shouldering the burden of a creepy ex. Even our London criminals, caught between traditions of respect and revenge and the pressure to modernise, have a depth to them. The cast clearly relish the depth of the writing, with Macdonald providing a gently funny anchor to the series, while Will Sharpe steals every scene with his irresistible charisma.

The most time, though, is devoted to Kenzo, whose family life in Tokyo is fleshed out with an engaging intimacy, as his daughter becomes increasingly unruly. Takehiro Hira is wonderfully understated as the detective, juggling a determination to pursue the truth and avert a yakuza clan war with an isolation and detachment that’s quietly moving. It’s testament to how absorbing his low-key presence is that you don’t even notice until he arrives in London that the first 25 minutes of the series are entirely in Japanese with subtitles.

The visuals are gorgeous, managing to find familiar, earthy suburbs around the usual, neon Japanese cityscapes – juxtaposed with a glossy portrayal of London. They’re intercut with eye-popping flashbacks that unfold in an ultra-wide aspect ratio, fusing the show’s cinematic style with the seamless blend of locations and genres. The result balances gun-toting action, expressive animated sequences, intimate human drama and family tensions at a confident pace, finding time for graceful restaurant shootouts as well as sibling confrontations. A showcase for some superb Japanese actors and a calling card that announces Barton as a major TV talent, this is bravura, ambitious stuff that feels like nothing you’ve seen on British TV before. It refuses repeatedly to play by conventions or expectations, which gives the whole thing an addictively surprising air. By the end of the first episode, you’ll want to watch it all immediately before everyone’s talking about it – in London, Tokyo and everywhere else.

Giri/Haji is available on Netflix UK, as part of an £9.99 monthly subscription.

Netflix growth slows as it braces for competition 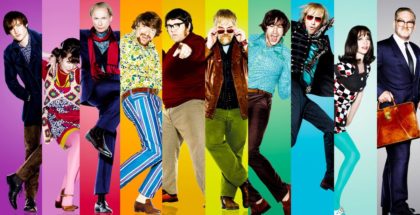