Why Jonathan Strange & Mr. Norrell should be your next box set | Where to watch online in UK | How to stream legally | VODzilla.co

Why Jonathan Strange & Mr. Norrell should be your next box set

A bewitching piece of television with the power to make the incredible credible.

“Why is magic no longer done in England?”

That’s the question asked by one curious member of the York Society of Magicians and the answer takes us head first into the world of Jonathan Strange & Mr. Norrell.
The year is 1806 and magic is only considered theoretically by men who sit at tables and talk of times past. They don’t have even a book with spells in it.

When word arrives of a practising magician, then, the society are both sceptical and scared. But it soon transpires that Mr. Norrell (Eddie Marsan) is every bit a practical magician, a discovery that sets in flow a chain of extraordinary events.

Extraordinary is a word at the heart of Susanna Clarke’s original novel: with its detailed alternate history of England, it won fans by grounding the supernatural within the natural. This new TV version, excellently adapted by Peter Harness, shares that same understanding that the extraordinary cannot exist without the ordinary.

They don’t come more ordinary than Mr. Norrell. Holed up in a mansion, he’s a reclusive man who cares not to share his powers with the world: he hoards magic in the form of books, amassing a formidable library of knowledge. The first time we see him, it’s not hocus pocus that amazes: it’s the size of his shelves, stacked with many leather-bound books. It’s clear that he’s kind of a big deal.

But despite his mildly conceited declaration that he is the only practising magician in the country – and his lack of affection for other people – he’s a surprisingly likeable man. That’s mostly thanks to Eddie Marsan. One of Britain’s best (and most under-appreciated) actors, his ability to make unhinged driving instructors (Happy-Go-Lucky) and funeral directors (God’s Pocket) sympathetic renders him a perfect fit for the superior spell-caster: his anti-social nature is revealed as anxiety rather than arrogance. It’s only at the behest of his servant, Childermass (a quietly shrewd Enzo Cilenti), that Norrell moves to London to advance the status of magic in the world.

“Mr. Norrell!” cries the foppish socialite Drawlight (a hilarious Vincent Franklin), as he introduces him at a party with all the mispronounced flamboyance one could muster. It’s no wonder Norrell scurries away: a disappearing act of social desperation not divine force. Even the way Marsan sits in a chair is awkward.

Bertie Carvel is equally enchanting as Mr. Norrell’s counterpart, Jonathan Strange. An heir to an estate with more land than sense, he’s as clueless as he is bumbling; a mix that Carvel nails with Hugh Grant-like charisma. He’s so busy chasing his beloved, Arabella (Charlotte Riley), that when he stumbles across an actual magic spell, we’re as surprised as he is that he can do it.

“It’s like hearing music in your head and you just know what the next note is,” he trills confidently of his newfound ability. Then he grins like a character out of an Aardman animation. Compare that to Norrell, who struggles to smile at all – “You’re never alone if you have a book…” is his idea of smalltalk – and the difference couldn’t be more striking.

Nonetheless, over the first two episodes of this intriguing series, the pair inevitably meet and become friends, of a sort; a relationship that is bound to produce great, yet terrible things.

In between them lie two other figures, who lend events a dark mood. The first is Vinculus (the scene-stealing Paul Kaye), a street conjurer who jumps about with glee and prophecies the return of The Raven King, as well as the existence of both Strange and Norrell.

“Two magicians shall appear in England,” he recites. “The first shall be governed by thieves and murderers; the second shall conspire at his own destruction.”

The second is just as troubling, as Norrell summons “The Gentleman With The Thistledown Hair”, a fairy from another world. Marc Warren is another piece of spot-on casting, all cheek bones and eyebrows, like David Bowie’s Labyrinth-esque brother.

Together, these characters conspire a chain of events that ranges from Samuel West’s grieving politician, Sir Walter Pole, to the possible recruitment of our duo in the Napoleonic wars. Once the second hour unfolds, the emotional ties begin to take hold: Alice Englert appears as a tormented woman, who jabbers gibberish in a way that manages to be tragic rather than funny; Ariyon Bakare’s manservant, Stephen, becomes complicit in nocturnal misdeeds; while Strange’s own romance feels increasingly like pride before a fall. 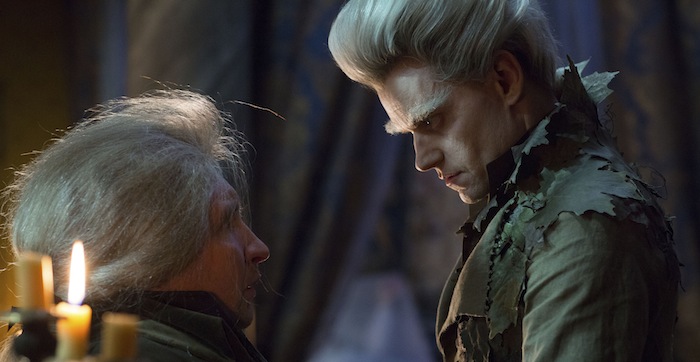 So where’s this magic everyone’s talking about?

That is the masterstroke of the BBC’s programme: it first builds a world in which the magic can exist, right down to the Georgian costumes and, at times, nightmarish make-up. The lavish production relies on familiar period drama tropes to build a parallel tale, one where magic is not just practical, but tangible.

The CGI that is present stems out of physical objects on set, whether that’s a bowl of liquid, a mirror or a beach. Hands get dirty more than they are waved in the air. So when things come to life, or gallop across water, they’re all the more spectacular for it. Director Toby Haynes (who has experience of world-building on a budget from Doctor Who) brings with him a magnificent sense of location, from Yorkminster and its stone gargoyles to the creaky corridors of Sir Walter’s home, which conceal a ballroom of dizzying grandeur.

The show’s bizarre tale may alienate those tuning in for more Poldark on a Sunday night, but the two could easily be mistaken for each other at times: throughout, this remains a very real place where unreal things happen. The cast are as much part of that as the design team – rather than ham it up, Marc Warren’s creature underplays each over-the-top line – while the script tellingly finds one of its most astonishing scenes in a simple game of cards.

The result is a bewitching piece of television with a brilliant knack for shifting the sand under your feet from a familiar shore to somewhere completely foreign. It’s hard to believe the remaining five parts will do anything to dispel the series’ transfixing atmosphere. Like Superman taking flight, Jonathan Strange & Mr Norrell’s power lies in making the incredible credible. This Sunday night, you’ll believe that magic is done in England.

Where can I buy or rent Jonathan Strange & Mr. Norrell online in the UK? 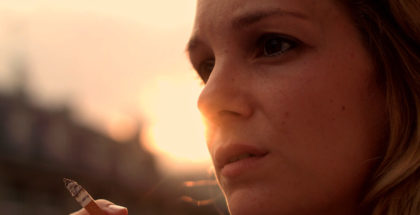