Comedy review: Lazy Susan: Forgive Me, Mother! | Where to watch online in UK | How to stream legally | When it is available on digital | VODzilla.co

“Can’t two women do a sketch show without a man sticking his oar in and trying to murder them?” ask Celeste Dring and Freya Parker, aka Lazy Susan, at the start of their hour-long comedy special – and, while the answer is undoubtedly clear, the way they present that answer is a brilliantly unpredictable ride.

The sketch show’s central focus is clear from its title – Forgive Me, Mother! – even though Dring and Parker spend the opening explaining that they’re not there to talk feminism or any other issues. What ensues is a grab bag of skits and vignettes, from Megan and Michaela – two young women loudly proclaiming how they “don’t want drama” on their night out – to what they imagine audience members after the show might say to each other.

But the constant throughout is their ability to send up their own stage personas, as Parker increasingly begins to fear that fortune cookies threatening danger are coming true – not least because of unnerving phone calls and a mysterious card. Parker’s on-edge presence plays wonderfully into Dring’s straight-faced deadpan delivery, which she uses to flirt with an audience member with a hilariously abrupt confidence.

The result – from a sequence involving a pillow and consent to a joke about women with a hidden catch – is consistently funny, reaching heights an inspired silliness when a fly is added into the mix. But there’s a smart and precisely choreographed structure to the seemingly haphazard run of events, and it pays off with a darkly subversive climax that takes the opening question and that playful title and mines them for every ounce of gleeful surprise going.

Watch: Opening 15 minutes of Netflix’s Army of the Dead

Why you should revisit Mother! September 30, 2019 | Bianca Garner 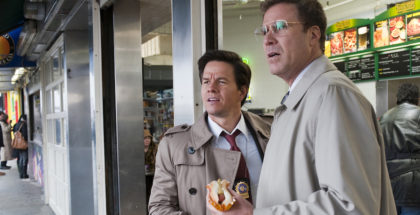