Catch up TV review: Tutankhamun, Crazyhead, The Crystal Maze, HIM | VODzilla.co | Where to watch online in UK

Catch up TV review: Tutankhamun, Crazyhead, The Crystal Maze, HIM 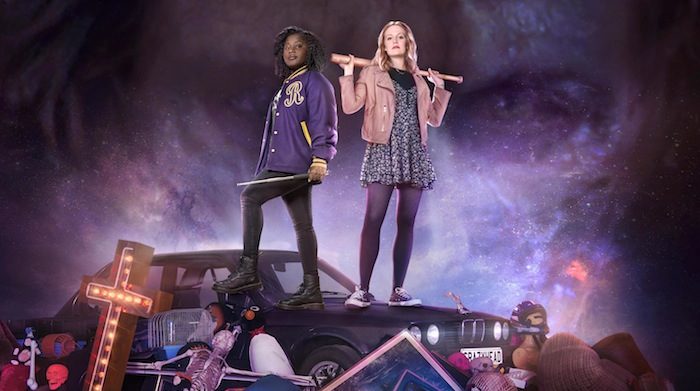 Indiana Jones, but a TV series. The Mummy, but a romantic comedy. Time Team, but with more sex. There are so many things that Tutankhamun, ITV’s new Sunday night epic, could have been. But as the show clunks its way through its opening episode, the only thing it ends up being is mildly disappointing.

We follow Howard Carter (Max Irons), an archaeologist who’s been banned from excavating in Egypt, after punching a nasty Frenchman – a clear sign that he’s a maverick hero after our hearts. Carter has a vision: a vision of an overlooked young pharaoh, called Tutankhamun, who lies buried in the Valley of Kings, undiscovered. The eventual unearthing of his tomb would prove to be a magnificent historical milestone. Unfortunately, we’ve got a way to go until that happens, as an Austrian Archduke is shot and war threatens to break out, delaying the whole thing.

How to pass the time? Fortunately, ITV’s writers brought along Maggie (Catherine Steadman) from the New York Metropolitan Museum to bat her eyelashes at our roguish boffin, not to mention the financial backing of the mysterious Lord Carnarvon (Sam Neill) and his daughter, Evelyn, who also rather fancies this fine, young intellect. When you realise that it won’t be tombs and archeological sites that Howard will be digging in the coming weeks, the sinking feeling sets in. This is less Tutankhamun and more a love pyramid; a Sunday night costume drama with a few Egyptians in the background. Neill is clearly having fun, but the echoes of Downton Abbey can be detected not far below the surface. Here’s hoping things step up a level or two in the coming weeks, or at least stay bad enough for people to enjoy watching along on Twitter. At least the creaky dialogue feels suitably ancient.

Hot on the heels of ITV’s Paranoia comes another UK TV show with the Netflix US seal of approval: E4’s Crazyhead. From the creator of Misfits, the result is reassuringly zany, fast-paced and gruesome. Any show that opens with a woman screaming and tied up, only to discover it’s her friend who’s doing it, because they think she’s possessed, is a sure-fire winner. That breakneck warped humour doesn’t let up, as we watch Raquel (Susan Wokoma) attempt to conduct an exorcism based on what she’s reading off the internet on her phone. But there’s a unique streak to this Buffy the Vampire Slayer-esque affair – Raquel’s friend, Amy (Cara Theobold), thinks her ability to “see” demons is less a gift and more a symptom of mental illness. It doesn’t help that Raquel is so blunt that she comes across as crazy herself. The result are two fun, fleshed-out characters, who just happen to be killing evil spirits in their spare time, an inconvenience that makes their lives as young adults even more complicated. Two words: cold semen. Another two words: more please.

The Crystal Maze (All 4)

It was only a matter of time until someone ran around the newly launched London Crystal Maze live experience with a camera. Sure enough, along comes Channel 4 with a host of celebrities hoping to win crystals and collect gold tickets for charity. Stephen Merchant steps into Richard O’Brien’s shoes with an amusingly self-aware patter (and a strapping costume), while the celebrity contestants – Rio Ferdinand, Michelle Keegan, Jonnie Peacock, Sara Cox and Josh Widdicombe – are a trusty mix of intellectual and imbecilic. The result is a reminder of the timeless fun of watching someone fail to swing a rope or assemble a rectangle in a locked room, while other people shout at them. But the real star – apart from Merchant’s quip about old Radio 1 DJs – is the maze itself, which comes across surprisingly well on camera, from its faithfully recreated challenges to the fantastic interlocking corridors and ladders. For former visitors to the real thing, the dome has been dressed up and lit to look much more impressive, while future visitors can rest assured that the non-physical puzzles were altered to stop the answers being spoiled. In short, it’s like having The Crystal Maze back. We wouldn’t say no to someone starting the fans on a more regular basis.

If you see one drama about a supernatural teenager starring Katherine Kelly this year, make it BBC Three’s Class. It’s a cosmic coincidence that the Doctor Who spin-off should arrive at the same time as ITV’s new three-part drama, HIM, which follows the burgeoning telekinetic powers of a 17-year-old boy. From the outside, he seems normal: he’s grouchy, uncommunicative and smokes pot. But inside, he’s anything but.

That manifests itself with tiny magic tricks on the bus for fellow school pupils (tying and untying his shoelace, just by tapping his foot), but you can tell it’s going somewhere darker and bigger than that. The question is whether you’ll stick around to watch it happen. Despite the short length of the mini-series, this opening episode feels surprisingly slow, as writer Paula Milne takes time to introduce HIM’s separated parents (Kelly, James Murray) and their not-so-sympathetic new partners. Add in a crush on a stepsister (Simona Brown) and you have a family drama that feels unfortunately familiar.

There’s promise here, from the hint that the powers may be passed down from older generations to beautiful shots of birds moving in swirling patterns that recall Take Shelter. Fionn Whitehead, meanwhile, is fantastic as our reclusive lead. But things feel telegraphed – one scene in a nursing home sets up its pay-off in a sadly unsubtle way – and, as in one scene with his psychiatrist, a little too spelled-out.

The influence of Carrie, of course, can be felt everywhere, with a tease of social pressure fuelling something nastier around the corner. The same is true of Class. But while the BBC Three series began with the fateful prom and delivered on its potential with a sparky, unpredictable, witty script, you wouldn’t be surprised if HIM uses the age-old prom as its tried-and-tested climax. Your curiosity as to how much the two will differ in the coming weeks may be the factor that decides whether you’ll keep tuning in. HIM isn’t terrible, but it’s a tad ho-hum.

7 reasons you should be watching Supergirl