Catch up TV review: Stath Lets Flats S2, Call the Cops, Fighter Pilot, Train Your Baby Like a Dog | Where to watch online in UK | How to stream legally | When it is available on digital | VODzilla.co 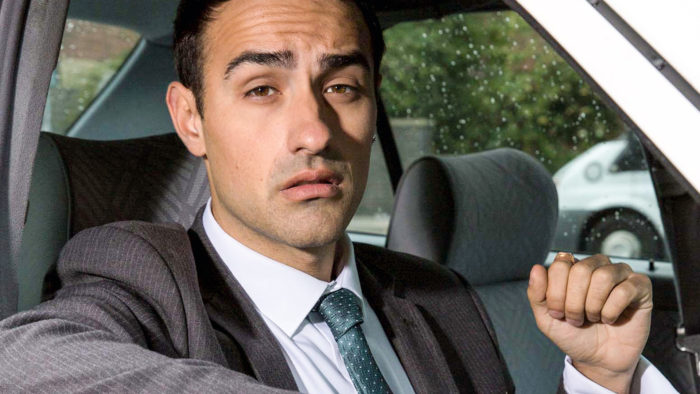 Let it never be said that Jamie Demetriou doesn’t stay committed to a joke: he’s unflappable in the return of Stath Lets Flats for a second season, his impeccable deadpan seeing him through the silliest, most ridiculous situations you could imagine. He gets freaked out by smart home speakers, excited by cupboards and carried away with taps, as he does whatever he can to successfully rent out a flat. Needless to say, he fails, but he just won’t give up, even when he asks one prospective tenant if they don’t like him and they give him a brutally honest answer.

Demetriou’s delivery is razor-sharp, matched by his equally well-timed physical comedy: a sequence that sees him trying to film an advert, while throwing keys at people to catch, is hysterical. That video is to rival the new manager of the family business (Dustin Demri-Burns), who schmoozes his way to the top, leaving Stath envious of his father’s respect for him. If his presence isn’t as funny as it might be, though, that’s only testament to how good Demetrious is when he gets the limelight – and he gamely shares it with Natasia Demetriou (fresh from stealing scenes in What We Do in the Shadows), who is great as Stath’s sister, Sophie, and Alastair Roberts as intern Al, whose claim to be good at filming things promises wonderfully awkward scenes to come.

It perhaps says a lot that we’re in something of a golden age for documentaries about emergency services struggling to balance high levels of demand with low levels of resources. While we’ve had programmes focusing on ambulance teams and police on the streets, we haven’t had one examining the dispatchers who work in between. Enter Call the Cops, which is a gripping snapshot of the people on the phones trying to work out which police officers are available to send out to crimes in the area and which situations take priority – an agonisingly difficult task that one of the vividly describes as “like juggling chainsaws”. After an hour, you realise that he’s not exaggerating.

If you need your Top Gun fix, this surprising new documentary from ITV will definitely hit the spot. The three-part series follows a trio of fighter pilot recruits as they attempt to become the best of the best – to be selected to fly the RAF’s brand new F35 Lightning jet. The pilots themselves are likeable and enthusiastic, but the star attraction is the often jaw-dropping camerawork, which captures the excitement of them soaring over trees and fields, not to mention executing all manner of manoeuvres mid-air. Who needs a Hollywood blockbuster?

There was a furore on the internet this week when people saw that Channel 4 had aired a documentary that compared raising and disciplining a human child to training a dog. But, of course, the outrageously clickbait-friendly title hides a more nuanced documentary than you might expect, as we see behaviourist Jo-Rosie Haffenden try to calm down a regular tantrum thrower aged three through a combination of attention, empathy and reinforcement. The result is surprisingly logical, if only because it places such an importance on encouraging children to communicate and vent their frustrations, rather than simply telling them “no”. The use of a clicker might take things a step too far, but broadly speaking, whoever commissioned this thought-provoking one-off deserves a pat on the head.