VOD film review: Hollywood Bulldogs | Where to watch online in UK | How to stream legally | When it is available on digital | VODzilla.co

This entertaining, fascinating celebration of stunt performers is a treat for movie fans.

“That’s not really what we’re looking for.” Those are the words that a certain type of man would hear several decades ago when looking for a job, as their skills seemed a poor fit for the conventional world of work. What could they do? How about jump out of a plane, drive a car with pinpoint precision, set themselves on fire or crash through a window? It was perhaps no surprise that they found a professional home in the TV and film business, becoming the stuntmen that would go on to make James Bond, Indiana Jones and other screen icons look cool – and forge a whole new industry in the process.

Hollywood Bulldogs is a documentary that shines a spotlight on these unsung heroes of the silver screen, and it does so with style, swagger, a swathe of thrilling archive clips – and no end of affection. In the frame are a who’s who of stuntmen, from Vic Armstrong and Jim Dowdall to Greg Powell and Rocky Taylor. They’re all united by a passion for the big and small screen, as well as a certain willingness to embrace risk. Vic talks about how being a stuntman is about going against your instincts, choosing to throw yourself out of a vehicle when there’s no good reason to do so. Bravery, rather than recklessness, emerges as the thread that ties them all together, as they’re more than aware of the dangers involved in the work.

It’s no coincidence that so many stunt performers graduate to becoming stunt co-ordinators, as they have a keen knack for working out how to pull off an effect safely – and there’s a trust between this small group of daredevils that they have each other’s backs. There are horror stories of stunts gone wrong – particularly on a film involving Michael Winner, who comes across very poorly on all accounts – but most of all there’s a camaraderie and respect, which were the foundations of the stunt industry. Over the 1970s and 1980s, the world of stunts became gradually more professional, and it’s fascinating to see the behind-the-scenes formation of unions, safeguarding and recognition – even though the average moviegoer wouldn’t know the names of the people falling off buildings or jumping over camels.

That’s the other part of Hollywood Bulldogs’ appeal, as it gives much-deserved attention to these typically unseen figures, chronicling some of the most memorable stunts in movie history. Armstrong’s likeness of Harrison Ford made him a natural fit for the Indy franchise, and cliff-edge fights and more are recounted with entertaining and exciting detail. But the list of franchises on show is endless, from Rocky Taylors’ work with Sean Connery on the James Bond franchise to Richard Hammatt’s doubling of Superman. Perhaps most jaw-dropping of all is the late Frank Henson’s jumping over a half-closed Tower Bridge in John Wayne flick Brannigan.

Director Jon Spira has experience in spotlighting overlooked showbiz players, with his previous documentary, Elstree 1971, warmly exploring the life and contribution of extras to the Star Wars franchise. Here, he combines endearingly frank talking heads with impeccably edited movie footage, all stitched together with playful animations and titles that feed into the rough-and-tumble charm on display. The narration of Ray Winstone is the gravelly icing on the cake.

A joyous celebration of movie magic and physical craft, this is a delight for any film fan – the only thing missing is a companion documentary on stuntwomen. While CGI has changed the way big screen spectacle is choreographed today, if you’ve ever marvelled at how an action sequence was done, or wondered why there isn’t an Oscar for Best Stunt, this documentary is exactly what you’re looking for. 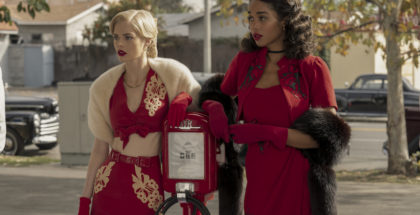 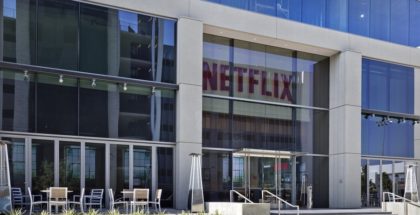