VOD film review: Bergman Island | Where to watch online in UK | How to stream legally | When it is available on digital | VODzilla.co

Bergman Island review: A meta dissection of art and love

Insight into relationships and the creative process

Cinephiles may gasp in horror when writer-director Chris (Vicky Krieps) openly states to her husband Tony (Tim Roth) that she’s never seen Ingmar Bergman’s The Seventh Seal. Chris and Tony are on a writing retreat on the Swedish island of Fårö – the place where Bergman lived and died – and are staying in the house where Scenes from a Marriage was shot.

French director Mia Hansen-Løve’s first English-language film is extremely meta, and also a mischievously funny dig at cineaste culture and the cult of male genius. The multi-layered screenplay cannily picks apart the creative process and relationships while paying invigorating tribute to female filmmakers. It takes the viewer on a gorgeous tour of Bergman’s legacy, or as Tony wittily remarks at one point: “It’s Bergman Safari, babes!” The prey? Matters of the heart and soul.

Tony is being celebrated for his prolific cinematic oeuvre, while Chris is struggling to concentrate on writing a new film. The process for her is painful and Krieps’ convincing performance beautifully shifts between vulnerable and vicious, playing a character who is critically sharp and passionate. At one point she purchases the sunglasses Bibi Anderson wore in Persona, and sneaks away with a young male student to explore the island without her husband. Krieps nails the wild abandon of this character, a complex woman who may be going through something of an existential crisis.

Chris asks Tony to listen to the idea for her new film and, as she explains, a film within in a film plays out in parallel to the story in the second half. Mia Wasikowska stars as Amy, a young woman attending a wedding at Fårö, who bumps into one of the great loves of her life, Joseph (Anders Danielson Lie), and attempts to stoke the embers of a past romance.

Hansen-Løve projects Chris’s personal desires, dreams and regrets on to these characters with a haunting intensity that matches the location. The melodrama is perfectly pitched with Wasikowska capturing the exquisite pain of a woman longing for something just out of her reach. The screenplay wonderfully ties together the desperation and exasperation of the creative process with the ongoing search for real love and connection.

Bergman Island loves its female characters, even if it puts them through the ringer a bit, evoking a sense of liberation as they search for meaning. There’s also heartbreak, but in one exhilarating moment Amy sheds her inhibitions and worries about Joseph, joining her friends for a joyful dance to Abba. It’s a moment that you wish would go on forever, and sums up the endless possibilities of life when you stray away from the path, break the rules and give in to your instincts.

She Will review: An atmospheric feminist horror 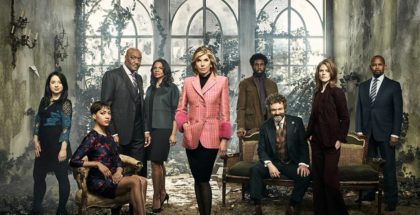