BBC iPlayer's charmingly unguarded reality series about teens getting rides with their parents is sweet, funny and ideal for watching on the go

“I almost asked you if you had a girlfriend, then remembered you’re my dad.” That’s the sound of the familiar barrier between parents and children, the unspoken wall of what doesn’t get said and what shouldn’t be said. Because whether through fear of repercussions – or, worse, fear of embarrassment – it’s difficult to say things to your parents, particularly when you’re going through enough drama and confusion in every other part of your life. Teen Taxi, BBC iPlayer’s new original series aimed at, you guessed it, teens, is based on a simple theory: that the one place kids can’t avoid talking to their parents is in the car. Whether that’s on the way to school, being ferried to a party or being dropped off at a station, the lack of space, lack of opportunity for digital distractions and lack of chance to escape makes for a rare refuge for unfiltered child-parent chat.

Teen Taxi puts us inside the cars for those moments, sticking cameras in commutes, catch-ups and pick-ups for a range of young people. It’s a smart format, one that blends fly-on-the-wall traditions with modern problems, and has the same non-judgemental knack for relatable reality that makes First Dates such a charming, unassuming watch. Cutting between each conversation with commentary, the show instead loosely groups each episode into themed snippets and highlights, whether it’s a string of car talks about love lives, or a bunch of journeys relating to festivals.

Within those groups are a deftly edited mix of happiness and sadness, from Gemma amusingly winding up her son Lucas about overkill in the gym to Ryan giving Lucas the facts of life. Sarra is amusingly warned off pretty boys by her mum, Linda, while Billy Joel is nervously welcomed into the family of Charlie and her mum, after he travels to West Cumbria to live with her six months into their relationship. Those kind of sweet moments are everywhere, particularly when we see Jack discussing his decision to come out with his dad, Andy, and they’re balanced by heartfelt examples of struggles and support, when we witness Maya and her mum, Sharon, talking about losing her hair.

By returning us to the same vehicles over and over, what emerges is an increasingly familiar tapestry of young people today, as we get to know each person just a little bit. And, between the giggles and the frank disagreements, and the self-conscious drawing of boundaries, you got surprisingly moving bursts of maturity from the unguarded younger passengers. “In my life, I’m gonna get hurt. You can’t stop me from getting hurt,” Lucas explains to his mum, as he pleads with her to let him make his own mistakes and learn from them. Throw in regular singalong moments to introduce a dose of Carpool Karaoke and you have an easy ride through laughs and feels that’s moving, funny and ideal for watching on the go.

Teen Taxi is available on BBC iPlayer until February 2020. 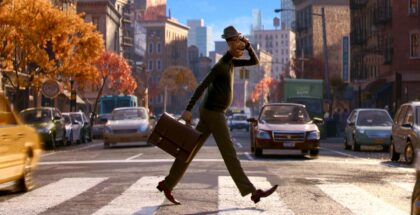