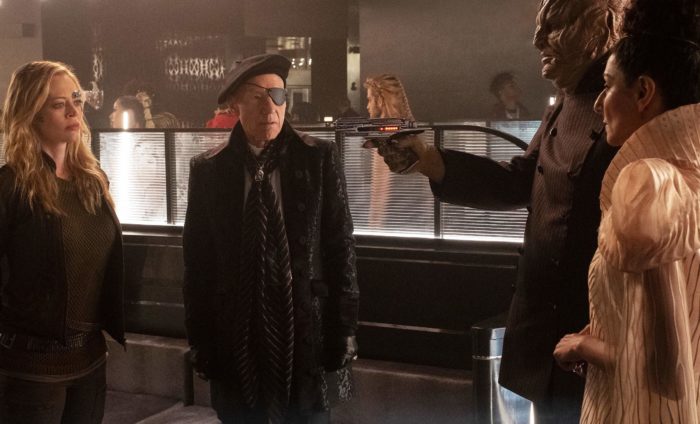 An exciting heist full of twists, threats, and a fantastic French accent.

Entering the halfway point in the season, Star Trek: Picard continues to be exciting, adventurous and profoundly aimless in its quest to go where no one has gone before. Focusing solely on Jean-Luc’s crew of misfits and assassins – now bolstered with the welcome addition of Voyager’s Seven of Nine – Episode 5 avoids the reliance on story progression that previous episodes have suffered from, instead giving fans a firework display of tension, action, and well-placed humour.

The crew heads to Freecloud, a black-market of human (and ex-Borg) trafficking where they hope to pull off a heist of sorts, tricking a local baron (the ruthless Bjayzl) into parting with her prized possession – famed android expert Bruce Maddox. With costumes, alter-egos and secret signals decided upon, the writing manages to keep a hearty sense of mischief in spite of the high stakes. Having since become a legendary mercenary, Seven of Nine (a phenomenally cool Jeri Ryan) agrees to help, but pursues her own agenda given the chance.

Distancing itself from the main story arc allows the episode a sense of closure and progression, having finally caught up with Bruce Maddox, who may or may not be able to provide some answers. Jean-Luc also takes a back seat, and allows Ryan and Allison Pill’s anxious scientist Agnes Jurati to take major roles in the plot.

Episode 5 avoids expositional backstory and weaves Seven’s reputation into the script perfectly, particularly relating to her opinions on Bjayzl. The audacious caper doesn’t let up for a second, with threats and phasers being used in equal measure – and not necessarily in that order. It’s an undeniably enjoyable episode of television, even delivering a twist ending, though it does cement itself firmly in the modern era. Audiences hoping for the clever, sci-fi solutions of the Enterprise may continue to be dismayed at the show’s reliance on using violence to solve every problem, especially considering the show’s title. Jean-Luc (or JL) may have a mission to accomplish and some skeletons in his closet, but it’s difficult to argue that the character would endorse such regular bloodshed in lieu of diplomacy.

Overall, Episode 5 in theory is further proof that Goldsman and Kurtzman’s addiction to thrills and action is hindered a series which could’ve promoted wisdom and empathy in an age of neither, but in practice it’s tough to deny that it is a very wild and enjoyable ride to be on.

Star Trek: Picard is available to watch online on Amazon Prime Video as part of a Prime membership or a £5.99 monthly subscription. Episodes arrive every Friday, within 24 hours of their US debut.

– Um, Agnes? Are you okay? Having saved her former mentor from a brutal death and some human trafficking, Agnes’ tearily ceases his treatment and causes his death. It’s instantly clear why Allison Pill was the ideal choice for the role, her vulnerability shines in this shocking scene.
– While Picard may not have had many lines, he may also have not needed them. Once you’ve got Jean-Luc in an eye-patch and a French accent, there’s really no more you need to do.
– Seven of Nine’s brutal attack and subsequent other brutal attack on Freecloud’s most dangerous inhabitants is decidedly awesome. Surprisingly, calculated, and driven by pain, it’s a dark moment for an episode that begins with a very graphic eye-removal and ends with another graphic death. Solid work from the style department.
– While the personal drama rages and the saving-the-galaxy continues, fans everywhere are still waiting patiently for the Chris Rios’ hologram spin-off. 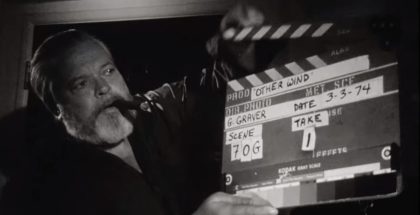 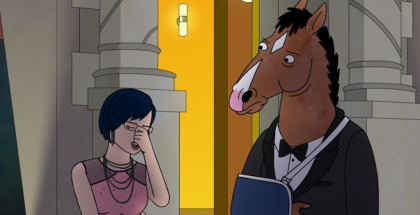 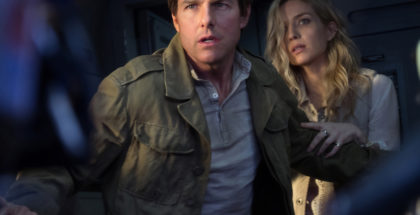 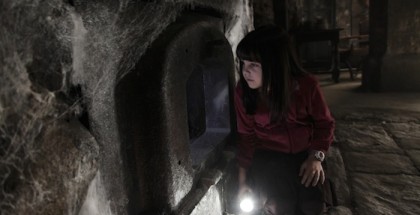