Amazon UK TV review: Niko and the Sword of Light | VODzilla.co | Where to watch online in UK

Why you should be watching Niko and the Sword of Light

Don’t you hate it when an evil sorcerer takes over your land, covers it in darkness and transforms every living creature into grotesque monsters? That’s what’s happened to Niko, our young hero who lives in a kingdom that has been overrun by Nar Est. Woken up from a crystal, he’s destined to be the chosen one who wields the titular Sword of Light and rid the world of shadows. The only problem? He’s 10 years old.

We begin the show with Niko (Andre Robinson) accidentally being awoken by Mandok, a cowardly rodent-like animal (voiced by Tom Kenny). With monsters still advancing, though, there’s little choice but for Mandok and Princess Lyra (Kari Wahlgren) to trust in Niko’s abilities and set him loose. It’s a brave, and foolish, move, and one that sets in course a properly rip-roaring adventure.

Based on the motion graphic comic by Imaginism – the studio behind character designs for Tim Burton’s Alice in Wonderland – the series started out as one of Amazon Studios’ best kids’ TV pilots back in 2014, but wasn’t picked up to series at first. Witten by Rob Hoegee ( Teen Titans) and animated by Titmouse (Motorcity, Metalocalpyse, Turbo FAST), it manages to channel its protagonist’s perspective into something rather charming – a quest towards a gigantic volcano that’s as familiar as genre tropes get. While it sounds epic, Hoegee’s script treats the big events with an adorably small eye; every grand moment is undermined with a silly quip, while the vocal cast (including Steve Blum and Jim Cummings) are brilliantly enthusiastic, as Niko gets caught up in his own role as the hero, despite not being able to exit the screen in the right direction. T

itmouse’s animations are equally dazzling, taking in everything from from humungous toads to spooky woods. Their almost cel-shaded edges are eye-catchingly unique, and while there are moments that will be too scary for younger viewers, the way the show contrasts colours and darkness with the blinding white of Niko’s fabled weapon is hugely effective. Crucially, as enemies are vanquished, they shrink from their strange forms into tiny, harmless creatures, from salivating wolves to minute pebbles – enough to reduce any fears to relatable, cute critters – at the heart of this sweeping story at all times is the infectious excitement of a young boy playing in his own imagination.

Niko and the Sword of Light is available to watch online on Amazon Prime Video as part of a Prime membership or a £5.99 monthly subscription. 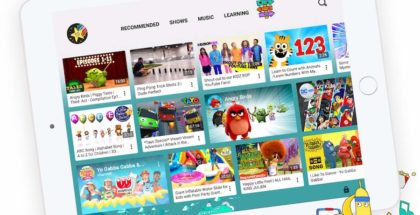 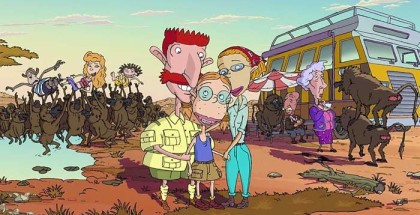 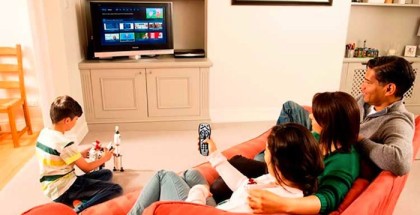