Netflix UK film review: The Hangover | VODzilla.co | Where to watch online in UK

A shallow, immature film that skimps on everything except for the jokes.

Stag party. Vegas. Wasted. Wake up. Memory loss. Groom gone missing. Hilarity ensues. Really? A group of guys get wasted and can’t remember stuff? We’ve all been there, right? Well, actually, no, we haven’t. But the scary part? It actually is funny.

So the set-up is duff, along with the characters – the sleazy Phil (Cooper), the reserved dentist, Stu (Helms), and the idiotic Alan (Galifianakis). Oh, and Doug (Bartha), of course. He’s the one getting married – for that, read no pretence at character whatsoever. But as this shallow group of men-children wander around Vegas, the one thing they do have going for them is their comic timing.

From babies in cars to tigers in bathrooms, increasingly wacky things happen to the band of bleary-eyed brothers. It’s all oh-so-zany and oh-so-emotionally-engaging that the whole thing just gets annoyingly contrived – yes, they even marry a sex worker, played by Heather Graham (she’s the one person you actually feel sorry for).

Still, Todd Phillip’s cast of relative unknowns is chosen well. Depraved debauchery abounds, but however crude, rude or lewd things get, the quick-fire gags are always hysterical. Is a sense of character really that important? Do you need a solid narrative arc, or a touching moment of pathos at the conclusion? Does any of it matter at all when you’re laughing so much? Probably not. But the morning after, we bet you won’t remember a thing. (Let’s not mention the sequels.)

The Hangover is available on Netflix UK, as part of an £8.99 monthly subscription.

Where can I buy or rent The Hangover online in the UK? 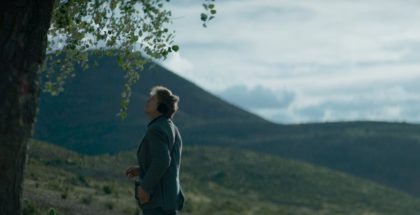