VOD film review: On Angel Wings | Where to watch online in UK | How to stream legally | VODzilla.co

On Angel Wings, a cheap-looking animation based on Michael Morpurgo’s shepherd-themed spin on the nativity story, was first aired on the BBC last year, a half-hour slot in the busiest time of year for programming that was presumably included to fulfil some kind of religious quota. It’s not that this is a bad short, it’s just that it feels so old-fashioned and out of place in modern television; in a way, that’s quite nice, but its existence is confusing nonetheless. It doesn’t feel like there’s an obvious audience to a very traditional, good-natured, but slightly dull nativity animation. Everyone will be watching The Snowman instead.

The plot is already well known: while shepherds watched their flocks by night, all seated on the ground, the angel of the Lord came down and glory shone around. And so on, and so on. This is all framed as a campfire story that an old shepherd, Amos (Michael Gambon!), is telling his grandchildren on a Christmas night in the hills. The twist in the tale is that when Amos was a youngster and saw the angels, he had to stay behind to look after the sheep instead of going to see the newborn king. So Gabriel comes back and decides to fly Amos to the stable himself.

The whole film looks a little strange, as the animation is not just 2D, but contains no depth whatsoever. All movement is linear and flat, including the flapping of those titular wings. The generous explanation for this would be that it is an homage to the imagery of stained glass windows and traditional Christmas illustrations; someone more cynical would say that it looks like it was animated on Flash from around 2006. The lines are thick, the colours bright and the character animation is stilted; however, any kids who are content to watch Peppa Pig will have no problem watching such simplicity. If anything, this will seem more detailed and richer than what they usually find on CBeebies.

The biblical nativity narratives, however, have such inherent power that they could be animated using nothing but poorly coloured-in doodles and would retain some of that original impact. This version looks at Jesus’ birth through the perspective of someone who asks lots of questions: why is this baby the king? How will he save everyone? Christ’s birth is a story of paradoxes: here is the son of God, future ruler of the universe, yet born surrounded by straw and animals in the lowliest of places. Why? This hints at some answers, and emphasises the centrality of love to the story. The film sticks with the old image of the birth being in a barn – it’s more likely that it was the lower room of a family home – but it humanises Mary, Joseph and Jesus beyond their Christmas card saintliness. Through this familiar scene, the point is gently suggested that this is the ultimate act of humility, God becoming man to bring light into darkness.

Yes, On Angels Wings might fall a little flat from time to time, the animation feels cheap and doesn’t make much of an impact, but On Angel Wings is a pleasant, child-friendly spin on a story that’s 2,000 years old and, if you believe it, still of world-changing importance. 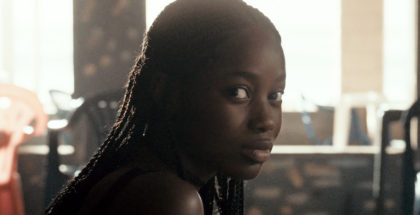 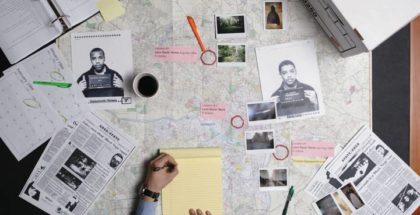