VOD film review: A Royal Christmas | Where to watch online in UK | How to stream legally | When it is available on digital | VODzilla.co 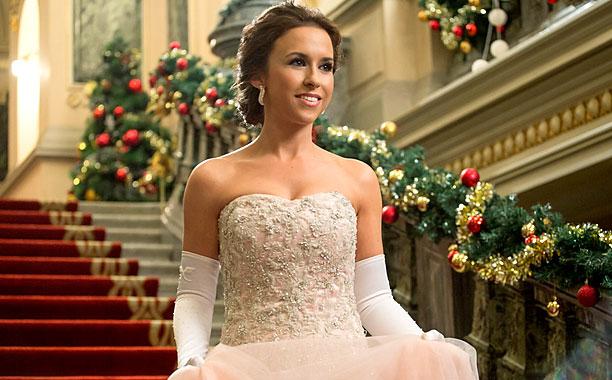 The snow starts falling. The log fire starts burning. The music starts to play. And a voice begins to sing: “If snowflakes were wishes…” Wait, what? If you’ve never heard a Christmas standard that starts with those words, that’s because there isn’t one: this is Christmas Wish, by Kevin Osborne. It’s cheesy, forgettable and blandly derivative – and sets the tone perfectly for A Royal Christmas.

The film is an original Hallmark Channel movie – the only phrase scarier than discovering “You’re Next” scrawled on your bedroom wall in pig’s blood. Yes, in an age where Netflix originals star Idris Elba and are directed by Cary Fukunaga, Hallmark brings us this festive offering directed by Alex Zamm and starring Stephen Hagan. It doesn’t matter whether you’ve heard of the names before, as long as they’re good. In the case of A Royal Christmas, they’re not.

The film follows a young American seamstress called Emily Taylor – see what they did there? – who discovers that her boyfriend, Leo James (Hagan), is actually Prince Leopold of Cordinia. And so, he sweeps her away from Philadelphia to the tiny republic in the south of France, where she must learn to fit in with the monarch’s family.

The result is somewhere between The Princess Diaries and William & Kate: The Movie, laboriously lifted from fairy tale formulas and studiously decorated with every cliche you could imagine. There’s the disapproving mother (Jane Seymour, who could do this in her sleep and may well have). There’s the old flame of appropriate stock, whom the queen prefers. There’s even a posh butler, for American audiences craving a bit of Downton.

It coasts along putting in minimum effort in the way that festive films can, hoping that seasonal goodwill will forgive its predictable cliches. The only exception to this is Lacey Chabert as Emily, who manages to charm with her enthusiasm alone, not to mention her natural comic timing. (“You waltz, you fence and you eat pancakes!” she says of her beau, swooning.)

But not even her agile transformation from seamstress to princess can shrug off the dreadful script. That artificial sound from the opening song keeps ringing in your ears, a tinny noise that reminds you this isn’t a real Christmas classic, just a cheap knock-off. One scene sees Santa appear in the background, but dressed in white not in red. Halfway through the token montage of her becoming more regal, we see Leo teaching her to waltz – to a song that isn’t even in the correct style. The result is an awkward jumble that never quite moves in time. A Royal Christmas? A royal mess, more like.

A Royal Christmas is no longer available on Netflix UK.

Sneaky Pete to premiere on Amazon this January 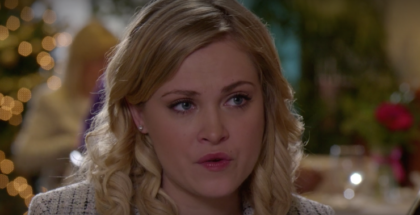