Interview: François Ozon talks By the Grace of God | Where to watch online in UK | How to stream legally | VODzilla.co

Interview: François Ozon talks By the Grace of God

The latest from François Ozon, By the Grace of God is an engrossing and topical examination of the Catholic Church abuse scandal. It tells the story three men who join together to pursue justice for the abuse they suffered as children. While it’s all dramatised, it’s nonetheless based on real people and their real fight for justice, leading to the conviction of Cardinal Barbarin for covering up abuse in March this year. He was given a six-month suspended prison sentence.

With the film premiering at the London Film Festival and now in cinemas as well as available online through Curzon Home Cinema, we sat down with François Ozon to talk religion and making the controversial movie in secret.

For more of our coverage from the 2019 London Film Festival, click here

You’ve often made films about women – why the switch to male protagonists for this movie?

I’ve made so many films about strong women, I wanted to change. I wanted to show the fragility of man. I don’t know why, maybe I had the maturity to do that now, to show men expressing their sensitivity like the women we are used to seeing in movies. It was a challenge and I was looking for a subject about that, and I discovered by chance the testimonies of male victims by a priest. I was so very moved, so I decided to meet them. They told me their stories and I thought their fight was so strong I decided to tell their story.

Have you had that urge to make a film about men before?

Yes, well, it’s difficult, maybe because I am a man, I have felt more comfortable with women – because I had more distance, I had the feeling to be more lucid about the characters. With a man, I sometimes have a feeling of being in front of myself. If I’m behind a camera, it’s to hide myself. Maybe now I’m able to tell more personal things. I try to analyse, but it’s not so conscious. At the moment, you just want to tell this story and you don’t know exactly why. Sometimes, you discover after the release of the film why you did it. For By the Grace of God, I had the feeling I was ready to tell this story.

How did you go about the casting process?

It was a big challenge. I had the real people in mind because I met them all, and Barbarin is famous in France, on the Internet, you can see his face. But I decided not to make them look like them. I was more looking for the feeling I had in front of the real person, the fragility or the strength. For example, the character of François, Denis Ménochet, I wanted someone big. I wanted someone with strength and at the same time this fragility. It was not easy, it was a long process, but it was quite interesting to find the right person for each character.

Did you ever let them meet the victims?

No, and the actors didn’t want to, because for them, it was a screen, it was a fiction. The victims were not famous, it’s not like if you make a biopic of Elton John. The actors wanted to create new characters. They met after the premiere of the film. 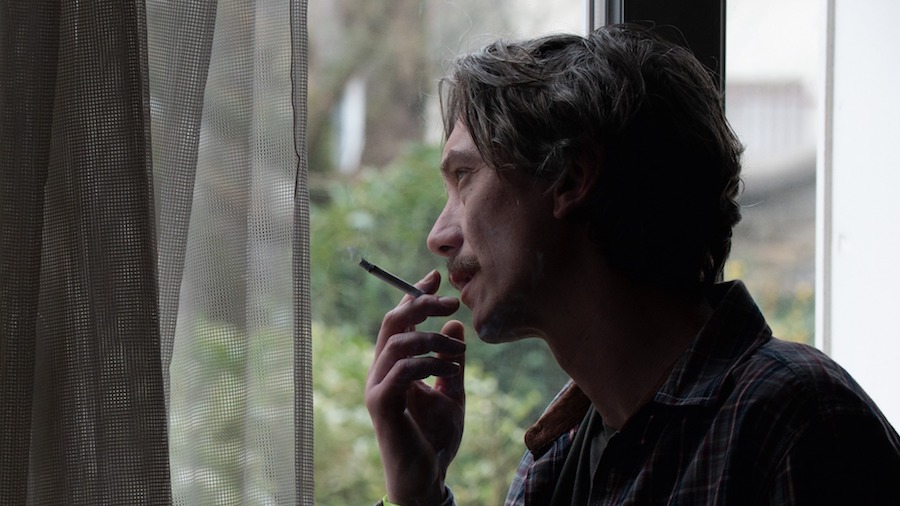 Was it a difficult pitch to the actors?

It was a big responsibility for everybody, but the fight was so fair, and the actors were so involved in the process of the film. Everybody was nervous at the premiere. The victims were nervous to see the the film, because of the reactions of their families; the actors were afraid they might have betrayed them, but everything was OK. For the victims, it was very disturbing, because the history was yesterday, you know? The fact it was fiction was easier – if it was a documentary, it would have been very hard for them.

Did you face any obstacles while filming, or any constraints from the church?

We took the big decision to shoot the film in secret. We didn’t give the real title, we said the film was called “Alexandre”, because if I had said “By the Grace of God” everyone in France would have known it was about Barbarin – you have heard what he said in the film. So I lied about the title, the synopsis was just a meeting between two friends, they are 14 years old, and they make a video of their life… so I was free to make exactly what I wanted. The exteriors were all shot in Lyon. We shot the Basilica, which belongs to Cardinal Barbarin, so we just said: “We’re shooting for tourism.” All the interiors were made in Paris. When the trailer came out with the real title, By the Grace of God, at this moment, things became very complex and difficult for us. The church, especially the lawyer of the priest, all tried to stop it. We had many trials, but we won and the film was very successful in France. We were very nervous. Maybe I was naive to use the real names of the people involved, but there’s no scoop in the film, it’s all in the press. But you see how people are afraid of the power of cinema. They never attack a magazine or a book, but they attack a film.

The phrase “By the Grace of God”, which Barbarin uses – was that always the title for you?

It was obvious, you know. Actually, it’s a beautiful title – thank you Cardinal Barbarin! For the victims, when he says this phrase, it’s like a knife in the heart.

It’s interesting that Alexandre says he’s not anti-church, but pro-church…

Yes, it was very important; that is why Catholics love the film and they came to see it, because one of the lead characters is very Catholic. He believes in the institution. That’s why he decides to go for justice, then there is the investigation and they discover more victims. 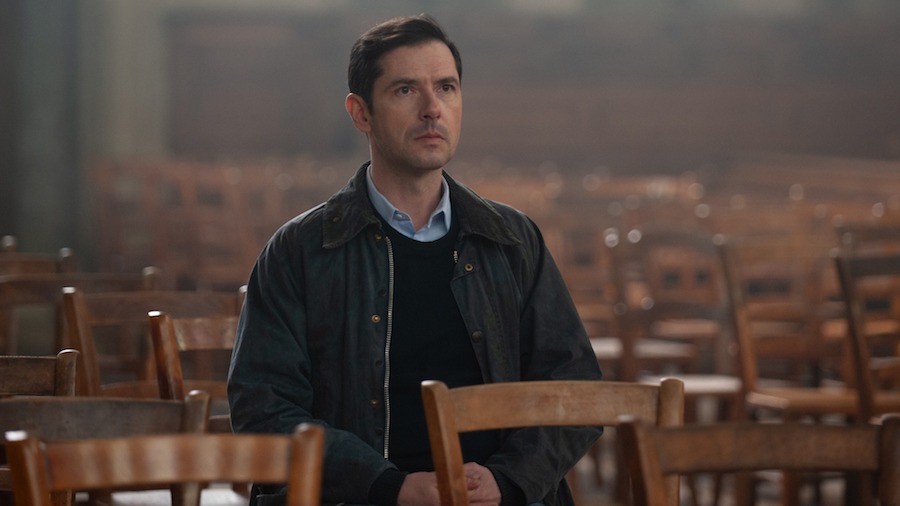 Regine Maire, from the Diocese of Lyon, organises the meeting between Alexandre and Father Preynat, who abused him. She joins their hands to say the Lord’s Prayer. Is that all accurate?

Yes, it’s amazing. It was true. I asked Alexandre, “Did it really happen like that? Did you really give your hand? Why did you do that? Was it because you believe in forgiveness?” And he said no, what was important was to hear Preynat say: “I’ve raped you.” In front of someone important in the church. Alexandre was very happy after that because he was sure that Barbarin would act after knowing the facts. At first, he thought Barbarin was honest, that he didn’t know. There was proof from the priest in front of him saying he remembered everything he did. I think he didn’t realise that making the prayer with the priest was going to be so shocking for us. In Lyon, they’re very strong, very conservative Catholics. For me, it was a challenge to show this scene. It’s funny to see how the Catholic religion uses the concept of forgiveness to manipulate.

The three stories build up this cumulative weight as the film goes on – was it always the plan to have multiple characters?

It’s the reality, you know? First, Alexandre was alone. He began the fight alone. He doesn’t know there were other victims. Very often when you are a child abused you think you are alone, but step by step you realise there are some other victims and you decide to share your voice together to become stronger. The structure of the film is like a relay race between three different characters. Alexandre’s alone, he decides to go seek justice, then there is an investigation, then we discover François. It was obvious to have these two characters. For the third character it was more complex, because I wanted to someone else to tell all the story – I had the choice of more than 70 other victims. So I asked François and Alexandre to help me find someone, not coming from a bourgeois background, maybe someone without a family or a job, who’s more suffering than you, even though they’re suffering too. It was very touching to meet Emmanuel, as his life was a total mess. What was beautiful for him was the creation of their association was like a new rebirth, an opportunity to understand why his life was so destroyed.

Was it hard to remain true to the entire story? Did you add things in?

No, it was not to add, it was more taking stuff away, because I had so much material and when I had met all the families and victims, they told me so many things. I could have made the film about four or five hours. I realised the reality was more important than the fiction. For example when I met Alexandre’s wife and she told me she was raped as a young teenager too. If I had made that up in my script people would have said it was too much.

Did you direct differently with each character?

Yes, of course, because they are on different journeys and have different interactions. I think the actors were very involved and had strong paths. The art of an actor is to work on dissociation. You realise that when you are child abused, you make a kind of disassociation, because a child doesn’t understand what’s happening. There is a link in this kind of protection you use.

The film’s being released online via Curzon Home Cinema as well as in theatres. How you do feel about streaming and cinema?

I want people to see my film in a cinema, of course I prefer that. In France, we have many cineams everywhere, we are very lucky for that. In England, there are less cinemas than in France, so if it can help people watch the movie, I’m happy. But it’s better to watch the film in a big cinema.

Did you find it traumatic yourself making the film and hearing the victims’ stories?

Of course, and you know I had a Catholic education. One day I had a memory of something that happened to me when I was about eight. I was playing hide and seek, and I remember a priest I really liked said: “Come, I have a really good hiding place,” and I remember it was a really dark place, and he was blocking me and breathing so loud. I thought “Oh no, they will find us”, because he was making so much noise! I remember someone saying the game was over and I ran away. But hearing all these details from the victims, I remembered this scene. If this priest had crossed the line, what would have happened to my life?

By the Grace of God is available on Netflix UK, as part of an £9.99 monthly subscription.

Where can I buy or rent By the Grace of God online in the UK?

By the Grace of God François Ozon LFF 2019

The Irishman: Scorsese talks decision to go with Netflix 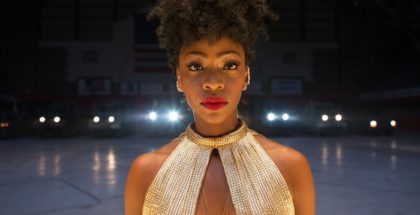