Year of the Rabbit renewed for Season 2 | Where to watch online in UK | How to stream legally | When it is available on digital | VODzilla.co

Year of the Rabbit renewed for Season 2 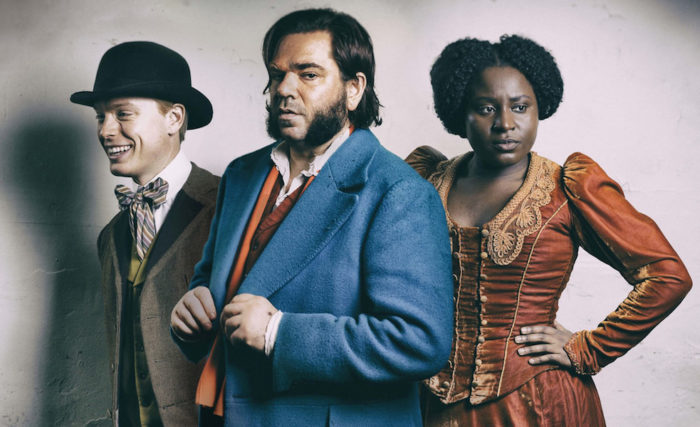 Channel 4 will return to Victorian London for a second helping of Year of the Rabbit.

At the end of the first series Lydia (Keeley Hawes) had pulled the wool over everyone’s eyes, with Strauss thinking they were lovers and Mabel joining Lydia’s secret female society, mistakenly thinking it was a power for good. After Rabbit and the gang foiled Lydia’s plot to take down London, saving the day, but with Lydia is still at large and Her Majesty requesting an audience with Rabbit, Strauss and Mabel for a secret job.. anything could happen.

Matt Berry comments: ”I’m looking forward to Inspector Rabbit returning back to our screens to fight crime in the past. This time he’ll deal with all sorts of unearthly forces, including the Royal Family! Victorian London is presently very much where it’s at.”

Fiona McDermott, Head of Comedy at Channel 4, adds: “Year of the Rabbit is one of the most glorious, gutsy and audacious comedies on TV, made by a fantastic cast and crew who relish every detail. We’re thrilled to welcome it back. Here’s to more absurd capers in the dark underbelly of Victorian London.”

Year of the Rabbit is directed by BAFTA-nominated Ben Taylor (Catastrophe, Sex Education) and written by Emmy and WGA Award-winners Andy Riley and Kevin Cecil (Veep, Black Books), with additional material from Matt Berry. Produced by Objective Fiction out of OMG Scotland with international partners IFC and all3media international, that line-up alone was enough to put the show on our a watchlist, but now, it’s expanded the cast with some heavy-hitting names.

Alongside the crime-fighting trio, Keeley Hawes (Bodyguard, Misbehaviour) will star as the mysterious Lydia, Sally Phillips (Veep, Bridget Jones) is Princess Juliana of Bulgaria, and Jill Halfpenny (Three Girls, In the Club) as Rabbit’s ex, the deadly Flora.

Phillips comments: ““I can report that there is literally nothing more pleasurable than playing a haughty, 19th Century, pansexual, Bulgarian autocrat with access to guns. I may have peaked.”

Year of the Rabbit: Matt Berry to star in new Channel 4 comedy

Matt Berry is set to star in a new Channel 4, Year of the Rabbit.

The BAFTA award-winning star of Toast of London and The IT Crowd will travel back to period London for the series, playing the brilliantly named Detective Inspector Rabbit.

Described as being “irreverently and profanely inspired by the unhinged chaos of [the] Victorian era”, the series is directed by Ben Taylor (Catastrophe) and written by Andy Riley and Kevin Cecil (Veep), with additional material from Berry.

The comedy series will span six episodes and is produced by Objective Fiction with international partners IFC and all3media. Ben Farrell and Toby Stevens will executive produce for Objective Fiction, with Hannah Mackay producing. The show was commissioned for Channel 4 by Fiona McDermott, Head of Comedy, and Jack Bayles, Commissioning Editor. IFC head of programming Pete Aronson, SVP Christine Lubrano and VP Maura Madden will oversee the series for the channel.

Matt Berry says: “I’m very much looking forward to working with Channel 4 again, and IFC for the first time, as I’m equally looking forward to stepping back in time to fight crime in the same significant year which bought us Van Gogh’s Sunflowers, ‪The Elephant Man‬ and of course Jack The Ripper.”

Fiona McDermott, Head of Comedy at Channel 4, says: “Imagine ‪The Sweeney‬ in Victorian England and you’re getting close to the heady misguided machismo that runs rife in this series.”

Shooting will begin later this year, with an expected air date of 2019.

Why you should be watching BBC One’s The Split 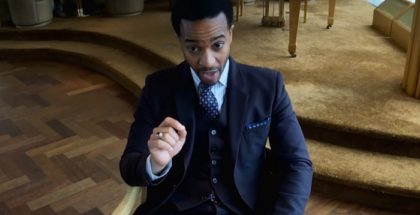