Video to be "at heart of" Facebook, as social network's revenue soars | VODzilla.co | Where to watch online in UK

Video to be “at heart of” Facebook, as social network’s revenue soars 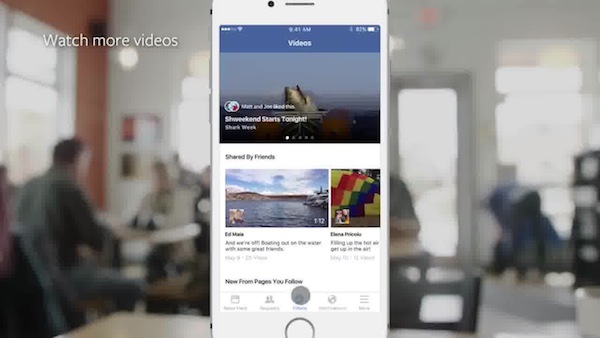 Video will be “at the heart of all our services”, Facebook founder Mark Zuckerberg declared this week, as the social network announced its earnings for the latest quarter.

And that growth, make no mistake, is going extremely well: Facebook now has 1.13 billion users a day on average, up 17 per cent from last year, while mobile users alone are at 1.03 billion a day, up 22 per cent in 12 months.

A large part of the site’s push to expand in the last has been Facebook’s video platform, which, with its short-form content, is ideal for encouraging more people to engage with Facebook on their mobiles. The social network is constantly developing its video arm, from launching a dedicated space for videos in its interface to supporting 360-degree videos and, of courses, Facebook Live, which lets anyone broadcast to the world on the social network.

“We’re particularly pleased with our progress in video as we move towards a world where video is at the heart of all our services,” said Zuckerberg in his statement alongside the results.

The site certainly isn’t pulling any punches: it has already reworked its algorithm to promote live video above other, non-live streams in user’s timelines, while the company is also paying more than $50 million to celebrities and media brands to broadcast on the site.

Partners include CNN, the New York Times, Mashable, the Huffington Post, Gordon Ramsay and Kevin Hart, reports The Wall Street Journal – a diverse range of publishers to drive both audiences and the production of quality video content, especially given that Facebook still hasn’t introduced a way to financially compensate creators, a la YouTube.

With the success of Pokemon Go, meanwhile, Zuckerberg, is already looking ahead at how augmented reality will impact technology – and sees it another driving factor in the rise of video.

“I like everyone else am enjoying Pokemon Go,” he said in a call following the announcement (via Techcrunch). “The biggest thing that I think we can take away from this as we invest in augmented reality in addition to virtual reality is that the phone is probably going to be the mainstream consumer platform [where] a lot of these AR features first become mainstream, rather than a glasses form factor that people will wear on their face.

“I think we’re seeing this in a number of places, whether it’s location through Pokemon or some of the face filter activity, I referenced the Masquerade app that we acquired earlier in my remarks. That’s kind of a fun way to augment social experiences that you’re having with someone. I think there’s a big opportunity to build out that platform and a lot more functionality around that.

“And one of the big themes that we’re talking about here is becoming video first. And as people look for richer and richer ways to express themselves, just like people in the past have shared a lot of text and photos on Facebook, we think in the future more of that is going to be video, and more of these augmented reality tools I think are going to be an important part of delivering that experience and making that fun to use and expressive as it can be.”