Trailer: Netflix takes on Project Runway with Next in Fashion | VODzilla.co | Where to watch online in UK

Trailer: Netflix takes on Project Runway with Next in Fashion

Netflix is preparing to find the Next In Fashion star designer with its landmark new competition series.

The contest features some of the world’s best and quietly innovative designers who compete for a chance to become the next big name in fashion. Hosted by fashion designer and TV personality Tan France (Queer Eye) and designer, model and global style icon Alexa Chung, Next in Fashion begins with eighteen designers who face challenges centering on a different trend or design style that has influenced the way the entire world dresses.

Here’s a rundown of the contestants hoping to impress them:

Adolfo Sanchez – Mexican-American designer based in Los Angeles with a focus on ready-to-wear, evening wear and bridal.

Angel Chen – China-based designer and founder of the Angel Chen line, whose fashions are fusion of Eastern and Western aesthetics.

Angelo Cruciani – Italy-based designer who is behind the Yezael label.

Nasheli Ortiz-Gonzalez – Puerto Rico born designer who is the Department Chair and Associate Professor of Fashion Design at Moore College of Art & Design.

Before you can say “Project Runway”, here’s the trailer for the series, which premieres on 29th January:

Tan France and Alexa Chung are teaming up for a new fashion competition series.

Next in Fashion will be a 10-episode contest, pitting 18 contestants against each other to win a cash prize of $250,000 – and the chance to debut a collection with online retailer Net-a-Porter. The contenders will all be fashion designers, rather than everyday amateur entrants, and will vie to create “visionary looks that work for absolutely everyone”.

Overseeing this will be Alexa Chung and Tan France. The designer, model and writer is no stranger to the screen, previously hosting Popworld for Channel 4 and working on everything from Gok’s Fashion Fix to BBC Three’s The Wall. France, meanwhile, needs no introduction to Netflix audiences, following the global success of smash hit reality series Queer Eye, which features France as the fashion expert in the makeover show’s Fab Five.

The programme, announced by Netflix this weekend, sees the streaming giant throw its hat into the competition TV ring, after enjoying a lot of success by snapping up the rights to RuPaul’s Drag Race in the UK. (A British-specific version is currently in production for BBC Three.) 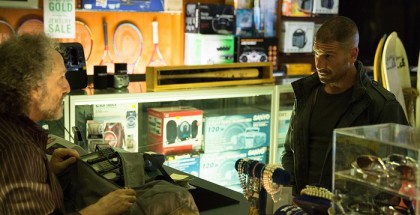 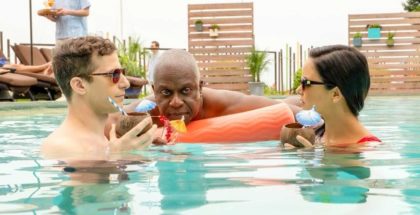