RuPaul's Drag Race UK breaks BBC Three records as winner is crowned | VODzilla.co | Where to watch online in UK | How to stream

The Vivienne from Liverpool took home the title of the UK’s first RuPaul’s Drag Race Superstar in yesterday’s finale.

Having been crowned she said: “I’m made up, I’ve just won the first ever season of Drag Race UK this is nuts. That crown is going to look gorgeous, I can see me there washing the dishes in it.”

All three of the final queens (Divina De Campo, Baga Chipz and The Vivienne) went into the final with three RuPeter badges each, so it was a level playing field.

At the beginning of the episode The Vivienne said: “If you think I’ve gone through all these challenges to go home without a crown you can piss right off.”

The first season of RuPaul’s Drag Race UK has been a huge win for BBC Three too, with nearly 10 million requests on iPlayer and two-thirds of the audience 16-34. It is the most popular BBC Three entertainment programme since the channel moved online in 2016, has won critical acclaim, generated massive conversation online, become event television on BBC iPlayer and delivered a top ten single for The Frock Destroyers.

The final maxi challenge of the series was an all-singing, all-dancing performance of RuPaul’s classic dance track To The Moon.

They were asked to compose a solo verse, and learn a demanding choreography routine from Strictly Come Dancing’s AJ Pritchard and his brother Curtis.

Between rehearsals the queens joined Michelle Visage and RuPaul on their podcast to ‘spill the tea’ on their journey through the show; which proved to be an emotional and reflective time for the top three. For Baga Chipz it was a moment to expand on the situation with her mother which had been touched on in last week’s Family Resemblance challenge, for Divina to question her insecurities, and The Vivienne to talk about her years spent suffering from substance abuse and turning her life around.

Michelle Visage, Alan Carr, Graham Norton and the eliminated queens all returned as the finalists took to the runway one last time, where the category was Final Three Eleganza Extravaganza.

Each of the three finalists was asked to take a moment to look back over the series, and give advice to their younger selves.

Divina De Campo said: “Not everything is your fault, and you can’t carry everyone else’s problems on your shoulders. You can only do you. So chill out, have a nice time and don’t worry about it. Life’s not always roses, right now it’s not great but look to where you want to go and that’s what I would say to three-year old Owen.”

They then had to explain why they should be named the UK’s first Drag Race superstar over the other queens on the stage.

Baga Chipz said: “Oh god, I think these two deserve it way more than me. They’re amazing, and they’re just brilliant. And I’m just happy I’m top three, like that’s just the best ever. So I’ve got a medal, I’m at the Olympics of drag, and I’m honoured so anything that happens from now… I’ve already won.”

Divina De Campo said: “This is really difficult for me to talk about why I’m good at anything, but I’m going to give it a go! I have been consistently good throughout the competition at points I’ve been absolutely incredible. There is still so much for me to learn but for ten years I’ve been developing all of those skills you know; choreography, stagecraft, editing, writing scripts, doing TV work, learning about the industry. I don’t feel any of us deserve it more than anybody else but I think if I was crowned you would get somebody who was going to bring a kindness and a softness to what can be quite a hard art-form.”

The Vivienne said: “Well I think time after time, I’ve shown you from challenge to challenge, from runway to runway that I am a strong queen, a hell of an entertainer, and a really funny person. But apart from that skill set I really think I bring a humbleness, relatability and likeability to this craft. I think being an amazing performer is great but I just think being able to relate to someone who is a bit common is just so much more endearing than having all the skills under the world. I haven’t got all the skills under the world, but what I have got is the tools to make someone feel at ease with themselves. And I eat sleep and breathe drag, it’s what I do, it’s what I love to do more than anything else and that’s why I should be the UK’s first drag race superstar.”

For the final time this season the judges critiqued the queens. First up was Baga.

Graham Norton said: “I love Baga. I absolutely adore her. Whatever old nonsense she walks on the runway, I’m delighted to see her come round the corner.”

Alan Carr said: “I love her personality, I love her charisma, I would love to see her do a one-woman show in Vegas; I think the tickets would sell like hot cakes.”

Michelle Visage: “Every single challenge she got better and better. Becky the maid ‘Much Bettah’ probably to this day is my favourite moment of this entire series. I’m so deeply proud of her but I know that she needs to work on her confidence because she couldn’t answer why she should win over her friends because I don’t think she thinks she’s good enough. And that is a concern for me.”

RuPaul said: “Baga is quite an act, I’ve loved watching her just bloom on this stage and in this competition. In the challenges as Margaret Thatcher…! She is one to watch.”

Then they turned their attention to Divina De Campo.

Michelle Visage said: “Where Baga lacks in self-esteem Divina will tell you at every minute she gets how talented she is, and I’m not mad at it. She has been from the beginning a triple threat; she can sing, she can act, we saw tonight she can dance, she can do everything but she has absolutely made some questionable fashion choices.”

Graham Norton said: “I must say the posh on a penny outfit, I thought that was the closest to true high fashion we’ve seen on the runway all series. And I was very surprised that of all the people to do that, it was Divina. There’s a consistency to Divina and that is reflected in the fact she’s never been in the bottom two, and she’s not here to mess around, she intended to end up in the final and goddamit she has.”

RuPaul said: “Divina is a very smart competitor, I will always remember her Mrs Moo. She was the best actress of all of them, she told us several times. And I choose to believe her!”

And last but not least they came to The Vivienne.

Graham Norton said: “The Vivienne has it all. You know she can serve a look, she can deliver a line, she’s without doubt a terrific drag queen, drag act.”

Alan Carr said: “She’s got that trademark wit, when she was Trump, oh my god, that was the best Trump I’ve ever seen. It was a comedy masterclass.”

Michelle Visage said: “The thing with The Viv is she came into this competition at a certain level, it wasn’t until the girl group challenge where when she tumbled she really tumbled, so it was actually almost humanising to see her make an error. The Vivienne’s choreography tonight she sold it probably the most, Divina was flipping around the stage but you know what The Viv was selling it with her face, she was selling it with her body.”

RuPaul said: “The Viv is a perfect example of the 21st Century British queen. I think she is a great representative of what this completion can turn out.”

The judges chose to send The Vivienne and Divina De Campo as the final two queens to the lip-sync, where they lip-synced for the crown to I’m Your Man by Wham!

The Vivienne wins a crown and sceptre plus an all-expenses paid trip to Hollywood to create her own digital series with the producers of RuPaul’s Drag Race.

Drag Race UK will return for a second season in 2020.

Which UK cinemas are showing I Lost My Body? 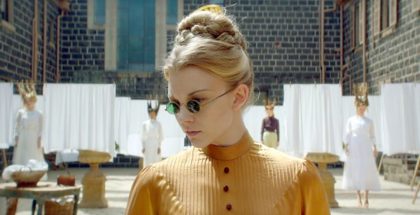 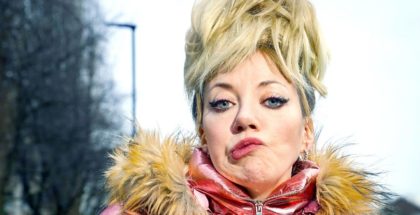