Elliot Gould, Jessie T. Usher join Camila Mendes in Netflix's Windfall | Where to watch online in UK | How to stream legally | When it is available on digital | VODzilla.co 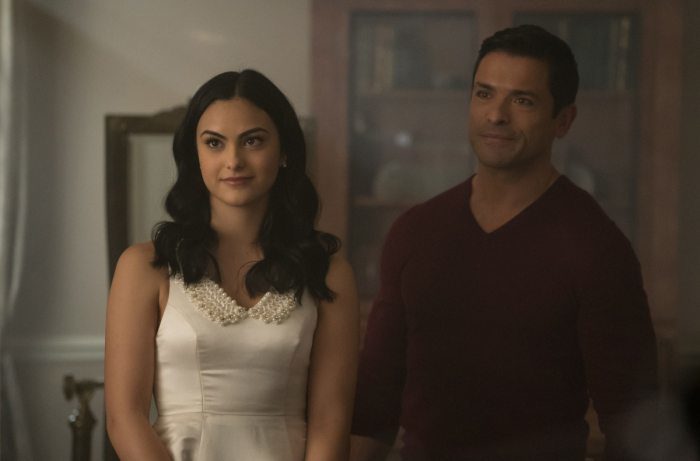 The Riverdale star was already attached to the film when it was announced last month. Directed by Michael Scott (Christmas on Holly Lane, Secret Millionaire) and written by David Golden, it will see Mendes play Katie, a young woman with a medical career in front of her. She abandons her professional dreams, though, to support her the ambitions of her husband, Adam. But when a wealthy elderly man dies, she’s drawn into a web of deception and murder. If she’s going to survive, she’ll have to question everyone’s motives — even the people she loves.

The film is produced by Margret H. Huddleston, Stephanie Slack and exec-produced by Harvey Kahn and Scott, with Golden credited as co-producer.

The actor, who had her breakout role on The CW’s young adult series, has become one of the stars for a new generation of audiences, alongside heartthrobs Cole Sprouse and K.J. Apa. This week, she cements that status by joining forces with Noah Centineo, the Netflix-made star of To All the Boys I’ve Loved Before. They together star in The Perfect Date, a romantic comedy that’s directed by Chris Nelson (My Dead Ex) and written by Steve Bloom and Randall Green.

Now, she’s heading back to Netflix for Windfall, another Netflix original movie. Directed by Michael Scott (Christmas on Holly Lane, Secret Millionaire), the film will see Mendes play Katie, a young woman with a medical career in front of her. She abandons her professional dreams, though, to support her the ambitions of her husband, Adam. As they struggle to make a life for themselves, they finally land in the right place at the right time – only to find themselves in the middle of a criminal investigation.

The film is written by David Golden (Reunited at Christmas, Wedding March 4: Something Old, Something New), with Stephanie Slack and Margret H. Huddleston producing for Netflix and Harvey Kahn and Scott on board as executive producers.

Filming will begin on the film this month.

Netflix in talks for Chadwick Boseman’s Message from the King... September 16, 2016 | James R