One Night: BritBox bags Myanna Buring series | Where to watch online in UK | How to stream legally | When it is available on digital | VODzilla.co

BritBox UK has bagged the exclusive rights to romantic comedy-drama One Night.

The unique ‘real time’ series unfolds over 10 episodes and chronicles a blind date, from 8pm to 1am the next morning. It stars Myanna Buring (Downton Abbey, The Witcher, The Salisbury Poisonings) and Icelandic actor Gísli Örn Garðarsson, and tells the story of 27-year-old Elizabeth (Buring), who works as a waitress, and Jonas (Garðarsson), a 35-year-old carpenter.

Their encounter is none other than a blind date. Step by step, as they get to know each other, so do we… In the midst of this weird, awkward and moving journey through the night, we the audience look deep into both of the characters’ hearts and hopes, and we feel with them the longingness to be loved.

One Night was written and directed by Lilyhammer’s Øystein Karlsen and produced by Viafilm’s Anders Tangen for Norwegian public broadcaster NRK.

It first aired in Norway in 2018 and will arrive on BritBox UK on 28th October. 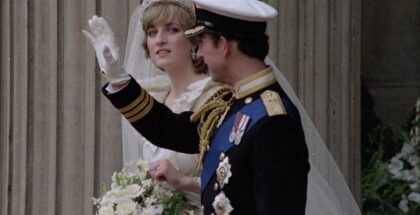