Netflix confirms Matthew Goode as The Crown's Lord Snowdon | Where to watch online in UK | How to stream legally | When it is available on digital | VODzilla.co

Netflix has confirmed that Matthew Goode will play Lord Snowdon in The Crown.

Season 2 of the royal drama was already in production when Season 1 premiered last year, but with the show advancing rapidly through the years of Queen Elizabeth II’s reign, a host of new faces from history will be appearing, from JFK and Jackie Kennedy (to be played by Michael C. Hall and Jodi Balfour) to Princess Margaret’s future husband, Lord Snowdon.

The RadioTimes reported rumours that Snowdon would be played by Matthew Goode last month, but now, the streaming giant has confirmed that the Downton Abbey and Stoker star has been officially cast in the role.

While the show has found the photographer who got hitched to Margaret in 1960, though, it’s still looking for the man to be its Roddy Llewellyn, the gardening expert with whom Margaret had an affair – although that took place in 1973, so will likely feature in Season 3.

Michael C. Hall will play JFK in The Crown Season 2

Netflix’s The Crown became TV royalty last month, when it won two Golden Globes, but the royal drama isn’t resting on its laurels, with casting rapidly underway for the show’s second season.

The series, which is created by Peter Morgan, charts the rise and reign of Queen Elizabeth II, as Britain grows and social order breaks apart in the wake of World War II. While Claire Foy won Best Actress at the Globes for her portrayal of Elizabeth, supported by an excellent Matt Smith as Prince Philip, the programme is already having to think about its future.

“We couldn’t go any further than where we get to at the end of Season 2 with Claire and Matt,” writer Peter Morgan told us in an interview. “We need to get a middle-aged Queen. In fact, a middle-aged everybody. And that could be an exciting challenge. It would feel like a different show.”

Before then, Season 2 will see the introduction of a host of new faces, from Princess Margaret’s future husband, Lord Snowdon, to America’s Jack and Jackie Kennedy. Last month, Matthew Goode signed on to play Snowdown, and now, Netflix has found its presidential couple.

Dexter’s Michael C. Hall will join the ensemble as JFK, with Jodi Balfour set to play his First Lady. Both will enter the show as it begins to move into the 1960s, following the UK’s war in Egypt and the downfall of Prime Minister Harold Macmillan.

Balfour was recently seen in Sky Atlantic drama Quarry, with Deadline describing her role in The Crown as “a seemingly natural First Lady, but whose charming exterior of confidence and glamour hides a shy woman who loathes public life”.

Hall, after his starring role in Dexter, needs no introduction, but recently appeared in biographical drama Christine (pictured above) and also won praise for his turn in David Bowie musical Lazarus in London’s West End. His JFK is described as “most at home in front of a crowd — a natural leader and excellent public speaker who does not take kindly to being upstaged by anyone, especially his wife”.

Season 2 of The Crown is expected to premiere on Netflix later this year.

Matthew Goode will play Lord Snowdon in The Crown

Matthew Goode has reportedly signed on to play Lord Snowdon in The Crown.

Netflix’s royal drama, which charts the early reign of Queen Elizabeth II, has been one of the streaming service’s biggest success stories, bagging two Golden Globes this year for Best TV Series (Drama) and Best Actress. It came as no surprise, then, that Season 2 was already in production when the first season premiered, continuing the story of Elizabeth and Prince Philip (Matt Smith), as well as the rest of the royal family.

A particular standout was Vanessa Kirby as Princess Margaret, whose doomed relationship with Peter Townsend formed a major part of Season 1’s second half. After Peter, history tells us, came Antony Armstrong-Jones, aka. Lord Snowdon. Now, the RadioTimes reports that Netflix has already found the man to play her future husband: Matthew Goode.

The Downton Abbey, Watchmen and The Imitation Game star has reportedly signed on to play the photographer who got hitched to Margaret in 1960. Also in the frame for Margaret will be Roddy Llewellyn, the gardening expert with whom she had an affair – although that took place in 1973, so will likely feature in Season 3. The producers are reportedly already hunting for the man to play Roddy.

As well as all the new faces involved in the political crisis awaiting Elizabeth in Suez, the queen herself will also need to be replaced eventually, with Foy and Smith both expected to step down after Season 2, so that other actors can continue their portrayal during the queen’s 40s and 50s.

“I actually went round the palaces, there was a beautiful exhibition of costumes, of Elizabeth and Margaret, at the very time I got the part,” Vanessa Kirby added in an interview with us about playing Margaret in The Crown. “I sort of spent lots of time in there with my mum – she was more fascinated than I was! And then Margaret has this great Desert Island Discs episode, and so I got all her favourite music off that and then listened to all the music all the time, even in the make-up trailer. And Claire was like, ‘Shhh!’ and I was blasting out Scotland the Brave or something. Which she loved, on the bagpipes, apparently.”

Season 1 of The Crown is on Netflix UK now – catch up with our reviews of Season 1. 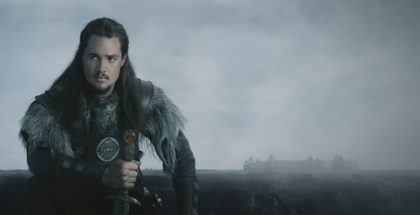 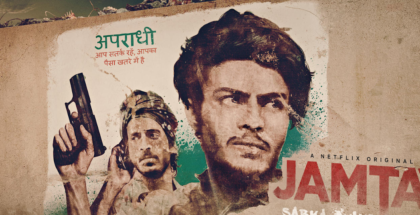