Kevin Feige: "No plans" for WandaVision Season 2 | VODzilla.co | Where to watch online in UK | How to stream

There are no plans for Season 2 of WandaVision, Marvel’s Kevin Feige has confirmed.

A blend of classic sitcoms and the Marvel Cinematic Universe, the series follows the two super-powered beings as they live their idealised suburban lives — but begin to suspect that everything is not as it seems.

Directed by Matt Shakman with Jac Schaeffer as head writer, WandaVision ushers in Phase 4 of the Marvel Cinematic Universe, both in terms of the way it links up with the big screen and the way Marvel is expanding its footprint into Disney+ originals on the small screen.

Since its debut last month, it has proven a major hit for Disney’s subscription streaming service, the show’s puzzle-box mystery benefiting from its weekly release by generating fan speculation and theories on what will happen next. Nonetheless, Marvel boss Kevin Feige has said that a second season is not in the works – primarily because Season 1 will lead into the upcoming MCU film Doctor Strange in the Multiverse of Madness.

“Lizzie Olsen will go from WandaVision to the Doctor Strange film,” Feige confirmed at the Television Critics Association press tour. He added that he’s “been at Marvel too long to say a definite ‘No’ to anything as far as a second season of WandaVision”.

He also noted that that some of the Disney+ shows on the way will have second or third seasons, while others will tie into feature films, in a manner reminiscent of the way Marvel has mapped out its MCU to date. For example, Ms Marvel will lead into the Captain Marvel 2 film.

For more on WandaVision, read our reviews here. 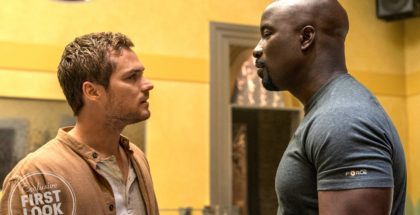