E4 shuts down on election day to encourage youth vote | Where to watch online in UK | How to stream legally | When it is available on digital | VODzilla.co

E4 shuts down on election day to encourage youth vote

We’ve written at length before about the level of political disengagement among many young voters in the UK, who could’t care less about voting in the day time – then go home and spend all night watching House of Cards.

If that paradox has no immediate solution, though, Channel 4 has come up with an innovative idea: turning off the telly altogether.

On Thursday 7th May, the nation’s most popular digital channel for young people, E4, will switch off its regular schedule for the day to encourage viewers to get out and vote.

The move follows a range of programming designed to engage younger viewers, from an iPlayer-exclusive show with Frankie Boyle and BBC Three Q&As with the British youth to YouTube live-streams of debates. On Monday 28th April, Channel 4 will continue the trend with an All 4-exclusive online Youth Leaders’ Debate.

The E4 shut down, which effectively marks the opposite of such measures, is believed to be the first time in the UK that a channel has shut down to encourage people to vote. E4 is the number one digital channel for 16- 34 year old viewers attracting a 5.2 per cent share of the young demographic so far this year – outperforming BBC2 and Channel 5.

The idea was announced with a new television campaign launching this week across 4’s family of channels, featuring Darren – the guy in charge of making sure E4 is on. He works in the E4 control room and has ultimate responsibility for the ‘on’ and ‘off’ switch.

When polling stations open at 7am, Darren will switch E4 off. Viewers tuning in on the day will simply see Darren manning the control room in place of the usual schedule, commercials and promos.

Dan Brooke, Channel 4’s Chief Marketing and Communications Officer, says: “Less than half of under-25s voted at the last election so we’ve engaged the most powerful weapon that we have at our disposal to try and boost that number – switching off their favourite TV channel for the day!” 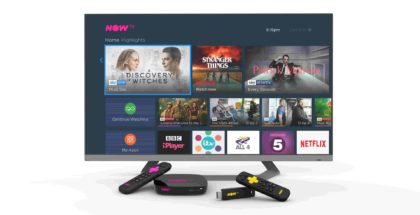