Selfie's social media premiere: a sign of the times? | Where to watch online in UK | How to stream legally | When it is available on digital | VODzilla.co

Selfie’s social media premiere: a sign of the times? 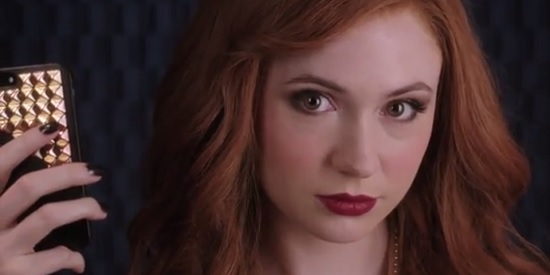 Tonight in the US, Selfie premieres on ABC, but viewers around the world where able to watch it over a month ago on social media.

The show stars Karen Gillen as Eliza, a vain, mobile phone-addicted sales rep. After a vomit-heavy disastrous journey on an airplane, though, she decides to rework her image with the help of buttoned-up marketing guru Henry.

Sounds familiar? That’s ok, because ABC are one step ahead of you: faster than you can say “modern update of Pygmalion”, they’ve take Emily Kapnek’s 21st century satire and applied it to their distribution – by releasing the full first episode directly on Twitter.

Emily Kapnek’s script certainly wants you to be aware of how topical the premise is, with Henry repeatedly launching into unsubtle diatribes against the screen-tapping, picture-swiping age.

“You are addicted to the instant gratification of unearned adulation from total strangers you insist on referring to as your friends,” he lectures.

John Cho has proven his comic worth before now in Harold & Kumar and Star Trek, but his clipped mannerisms – perfectly matched for the modern day Higgins – come unravelled amid the heavy-handed social commentary and formulaic romance (complete with garden sprinklers).

“Did you Google me?” he yells at Eliza during one argument. “Don’t you dare Google me!”

Karen Gillen, meanwhile, continues to pick an impressively diverse range of roles post-Doctor Who. While her pouting and dismissive one-liners are again a good fit for the role of her Doolittle/tweet-a-lot woman, though, the pilot’s early reliance on gross-out gags and saying hashtags out loud starts to wear thin. (The second half, it is worth nothing, is an improvement on the first.)

But Selfie does strike a chord: social media is increasingly influencing the way we approach TV. For those who stream on-demand, social networks are a way of sharing an experience with a wider audience. But at the same time, it is also driving people back to more traditional, linear viewing.

According a new study by Carat, 35 per cent of people now plan their evenings around what’s on the telly, a rise of 5 million compared to four years ago, when VOD first became a thing.

Carat argues that Twitter and Facebook are linked to that increase, as the watercooler effect of discussing the latest episodes of event series (and avoiding spoilers) goes digital.

During broadcast, too, the majority of people are hooked up to the web: 57 per cent of viewers are “second screening” on their tablets, computers or phones while watching linear TV, found the survey, with 33 per cent commenting on Facebook or Twitter about what they’re watching: social media is a driver of conversation, which in turn is driving viewing, which in turn breeds more conversation.

For the industry, it’s good news, turning advertising from monologue into dialogue.

“It helps to drive the consumer closer to the point of purchase. Something advertisers have been trying for a while with more traditional TV advertising methods,” says Steven Ballinger, Head of Media Investment – Amplifi at Carat.

Which means that Selfie’s self-tweeting couldn’t be more perfectly timed, both to catch people’s attention and to drive awareness ahead of tonight’s old-school broadcast. People, after all, could be watching the episode on their big screen, while simultaneously tweeting the link to the full video to their friends on their small screen.

Will Twitter and TV one day become integrated to the point where we watch things directly on social media? It’s not hard to imagine second-screening becoming one-screening, as remote controls and user interfaces evolve.

For now, though, that remains this show’s brilliance and its weakness: ABC’s show undoubtedly defines its time, but may well be remembered more for its release than anything else.