The best romantic movies on Sky Cinema and NOW | Where to watch online in UK | How to stream legally | When it is available on digital | VODzilla.co

The best romantic movies on Sky Cinema and NOW

Boy meets girl. Boy gets with girl. Boy and girl move in together and get a big TV.

It sounds like a happy ending, but much like true love, a good rom-com is hard to find. A good drama can prove just as elusive. To help you find the perfect match, we round up the best romantic movies on Sky Cinema. Don’t have Sky Cinema? You can stream the whole catalogue live and on-demand through NOW, as part of a £11.99 monthly subscription, with a 7-day free trial.

Jon M Chu and Lin-Manuel Miranda’s celebration of dreams and community is a joyous musical spectacle.

Short, sweet and superbly sincere, Away We Go is a big affectionate hug of a film.

A young New York socialite takes interest in a man who moves into her apartment building downstairs in this lovely adaptation of Truman Capote’s novel. Audrey Hepburn is a delight.

A day out on the town with Audrey Hepburn? William Wyler’s romantic comedy, which stars Gregory Peck as a reporter who crosses paths with a runaway princess, is a delightful, charming ride.

Will Smith is on charming form in this comedy about a ‘date doctor’ coaching nerds in the art of seduction – but he’s not so smooth when he meets a savvy journo played by Eva Mendes.

Harold Ramis’ comedy about a weatherman who finds himself reliving the same day over and over again is funny, sweet, profound and features a superb central turn from Bill Murray. A verifiable classic.

Just Go With It

Adam Sandler and Jennifer Aniston team up for this surprisingly entertaining comedy about two workmates who end up pretending to be former spouses.

Easy A director Will Gluck helms Justin Timberlake and Mila Kunis in this cracking romantic comedy.

Adam Sandler finds his perfect match in Drew Barrymore. Everything is wonderful until the next day, when he discovers she’s forgotten everything about him. It’s a cute enough premise for a rom-com, but Sandler and Barrymore’s chemistry is the real star here.

Colin Firth and Stanley Tucci are heartbreakingly good in this tender, moving drama.

Sam and Molly love each other, but their romance is short-lived when Sam is killed by a thug. Unable to tell Molly that her life is in danger, Sam’s spirit takes help of a psychic in this sweet and genuinely entertaining romantic fantasy.

Gemma Arterton shines as a writer who forms a bond with a young evacuee in this nostalgic wartime drama.

An Officer and a Gentleman

Richard Gere and Debra Winger are on iconic form in this swoon-inducing drama about a navy officer.

This epic gangster romance is anchored by a superb performance from Zhao Tao. 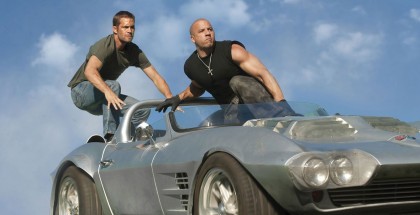