FrightFest Halloween 2020: 12 films to stream | Where to watch online in UK | How to stream legally | VODzilla.co 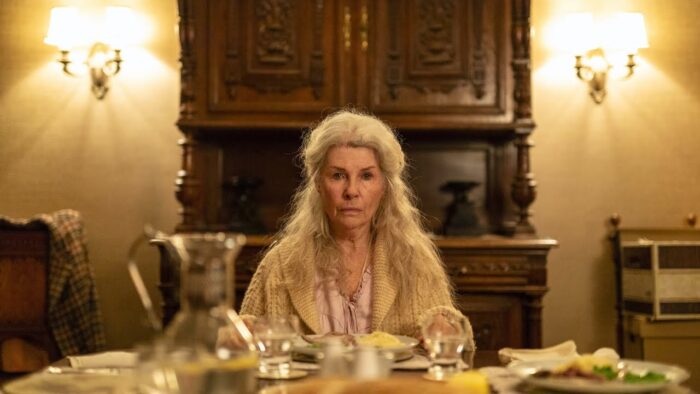 FrightFest is back for a second bite this week, with another online showcase of the latest and greatest horrors from the UK and around the world. The Halloween event, which has gone online after original plans to screen the films in Cineworld Leicester Square were cancelled, runs from 21st to 25th October, with a whopping 45 films lined up to stream.

You can see our guide to how it all works here – and book tickets (£5.99 per film or a festival pass for £66.66) here – but that doesn’t answer the other key question: what films are worth checking out? We dive into the line-up and pick out the movies we think will get your skin crawling, your nerves jumping and maybe even your funny bones doing whatever funny bones do.

From fresh-faced debuts to new films from Chris Smith and Neil Marshall, here are the 12 films to stream at FrightFest this week:

Fresh from the London Film Festival, Natalie Erika James’ thoughtful, terrifying debut combines a haunted house with a heart-wrenching meditation on the alienating nature of dementia.

This year’s October festival kicks off with a world premiere, so you expect it to be a good ‘un. The thriller follows a couple who go on holiday to liven up their marriage, only to find their smart house vacation home is a little too technologically advanced.

Another world premiere, this debut from Adam Leader and Richard Oakes finds horror not only in the threat of possession but in the unnerving thought of having your neighbours in your house to share dinner.

Sylvester McCoy and Maisie Williams star in this home invasion horror based on the graphic novel Une Nuit de Pleine Lune, which sees a young gang infiltrate the home of a retired couple in 1990s rural England.

This world premiere comes with the FrightFest Presents seal of approval. It follows five builders who are brought together to renovate a sprawling old farmhouse in the Welsh mountains – but class conflict soon leads to dark moral dilemmas.

What if Chuck was a teddy bear? That’s the irresistible hook behind Kari Holt’s expansion of his 2006 short, which sees Jack moving on from the death of parents – only for his childhood stuffed animal to spring to life.

From Severance and Triangle to Creep and Black Death, Chris Smith is a director always worth watching. Here, he travels back to WWII for a haunted house story about a priest and his family who move into a manor with a nasty secret – and find themselves having to turn to black magic to save their daughter.

A young couple seek refuge in a house belonging to an unforgettable new geriatric horror villain in this backwoods horror starring Sawyer Spielberg.

Billed as “the couture horror comedy of the year” by FrightFest, this is the latest from Turbo Kid duo Anne-Marie Gélinas and Shaked Berenson and follows a possessed pair of jeans – a premise so attention-grabbing the film’s already been snapped up by Shudder.

12 Hour Shift director Brea Grant stars in Jill Gevargizian’s debut horror, which expands her 2016 short into the tale of a hairstylist with a lethal cutting edge technique.

Colin director Marc Price returns with a much bigger budget for this tale of a group of rookie space pilots facing an armada of unbeatable ships, only to be shot down and crash land on a planet where the only help lies with an enemy. Expect invention and ambition aplenty.

FrightFest bows out for the year with this third entry in the unlikely sci-fi franchise, which promises to keep getting better with every sequel. Written and directed by co-creator Liam O’Donnell, it follows Captain Rose Corley on a 72-hour mission to save humanity.