With International Women’s Day this week, MUBI is all too aptly paying tribute to one of Britain’s best, with a double of Sally Potter’s films. That kicks off a week that’s as diverse as ever, ranging from a celebration of Wim Wenders to a spotlight on young Polish director Olga Chajdas. And, for those seeking something powerful on the big screen, you can use MUBI Go (which offers a free cinema ticket every week to its subscribers) to see Sauvage at participating cinemas. 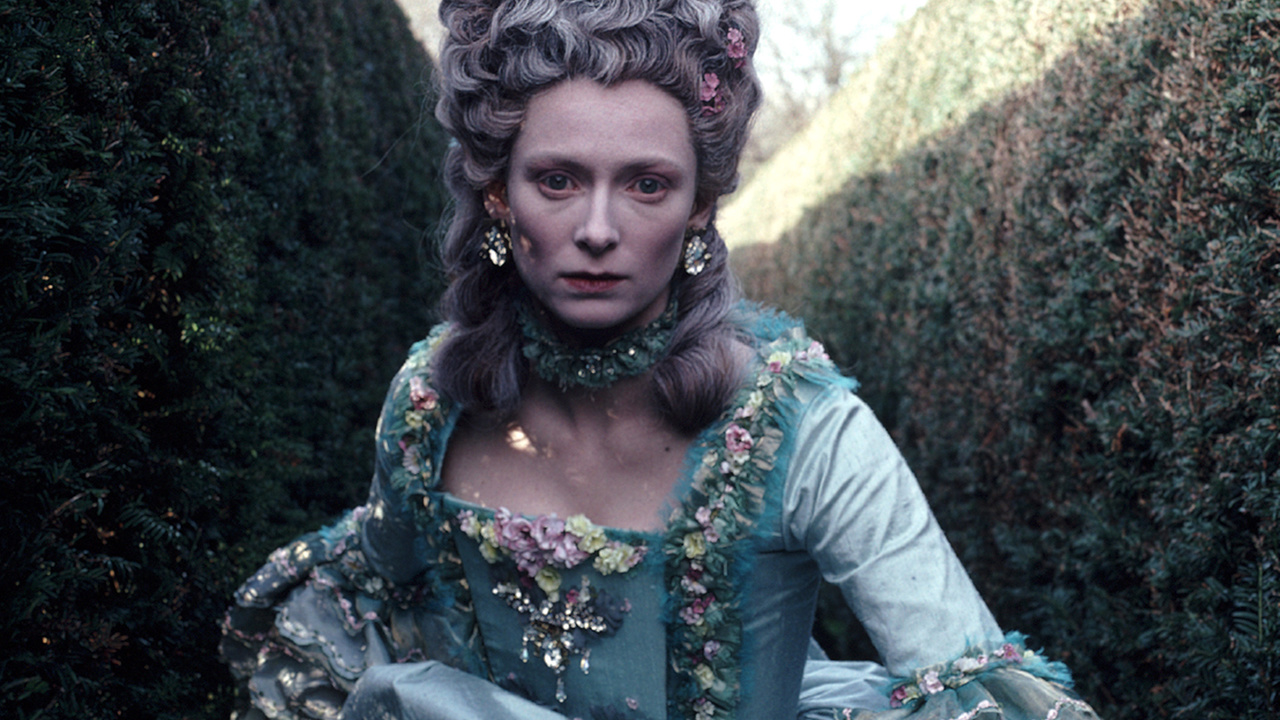 This adaptation of Virginia Woolf’s classic novel is the tale of the young aristocrat Orlando, who begins an epic quest for love and freedom in the court of Elizabeth I as a man, and completes the search 400 years later as a woman, shaking off their biological and cultural destiny along the way.

Elle Fanning and Alice Englert deliver starmaking turns in Sally Potter’s coming-of-age drama. It’s 1962. Britain is in the middle of the Cuban Missile Crisis. And that fear mixes with a growing self-awareness that sends young Ginger (Fanning), whose best friend (Englert) becomes the object of her father’s affections, into a tailspin of swiftly fleeting innocence.

Forsaken by the era of modernization of post-war Japan, Ushimado is rapidly aging and declining. Its rich, ancient culture and the tightknit community are also on the verge of disappearing. This documentary poetically depicts the twilight days of a village and its people by the dreamlike Inland Sea.

Nina and Wojtek are a couple in a stagnant marriage, desperate to conceive a child. When they randomly meet Magda, Wojtek believes they may have found a suitable surrogate mother. However, the fiercely independent Magda awakens a repressed desire in Nina, causing events to spiral out of control.

MUBI’s Wim Wenders retrospective concludes with the tale of a German sound engineer, played by Wenders’ habitué Rüdiger Vogler, embarking on aimless travels around Lisbon. A self-referential musing about cinema and the (difficult) art of filmmaking—including a monologue by Portuguese director Manoel de Oliveira. 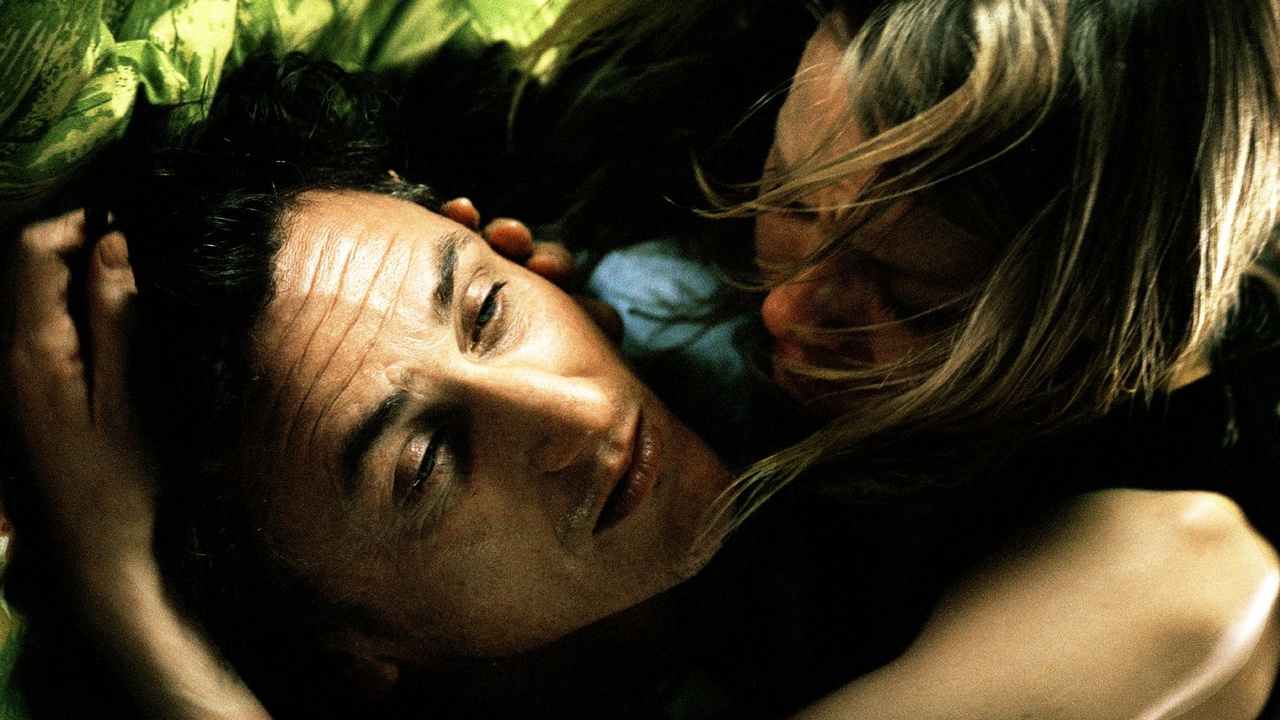 Alejandro Gonzalez Iñárritu’s follow-up to 21 Grams follows three people whose lives and fate come together in a car crash. Academic Paul suffers from a fatal heart disease and is waiting for a transplant; Christina, a former drug addict, now leads a calm life with husband and children; Jack, a hot tempered ex-con, seeks redemption in religion. Both Both Naomi Watts and Benicio del Toro received deserved Oscar nominations for their roles.

Written and directed by Asghar Farhadi, this hard-hitting Iranian film follows a middle-class couple (Nader and Simin) who decide to divorce. But that simple idea, summed up in the deceptively short title, has ramifications that spread throughout society. Read our full review

Jennifer Lawrence delivers a star-making performance in this mystery, which sees a determined Ozark Mountain girl go on a dangerous search for her drug-dealing father, who has skipped bail. Cold and bleak, with a cracking supporting turn from John Hawkes, this is a frostbitten pleasure. Read our full review 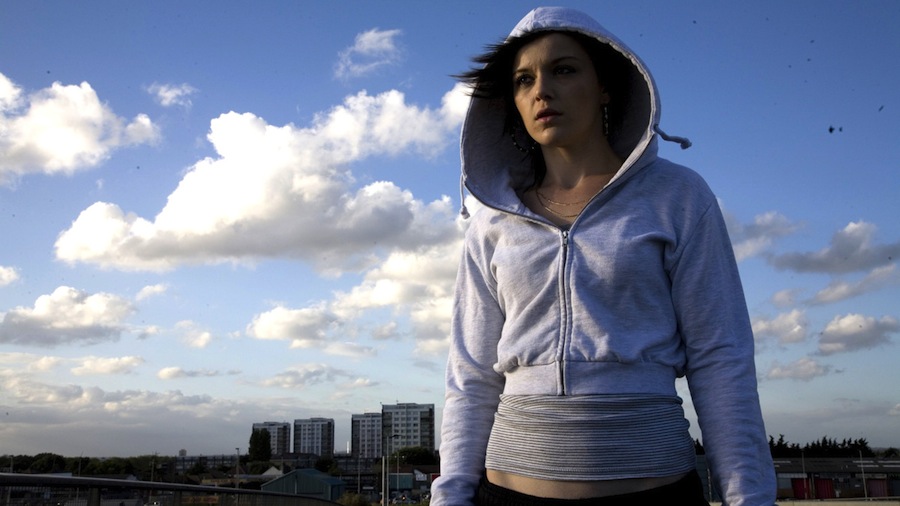 This 2009 film sees 15 year old Mia get a little too close to her mum’s boyfriend (Michael Fassbender). Shot in an apartment block with a raw immediacy, it won the Jury Prize at Cannes – announcing Andrea Arnold as one of Britain’s most exciting filmmakers. A free-wheeling, intimate drama that captures the claustrophobia of council flat living, and (like many of Arnold’s films) captures the rolling Essex landscape with the shadow and colour of a Constable painting. Superb. Read our full review

Awards 2019: Beasts of the Southern Wild

Magical realism writ large, Beasts of the Southern is a gorgeous, sad depiction of a child’s view of the world, featuring a star-making turn from Quvenzhané Wallis. Read our full review 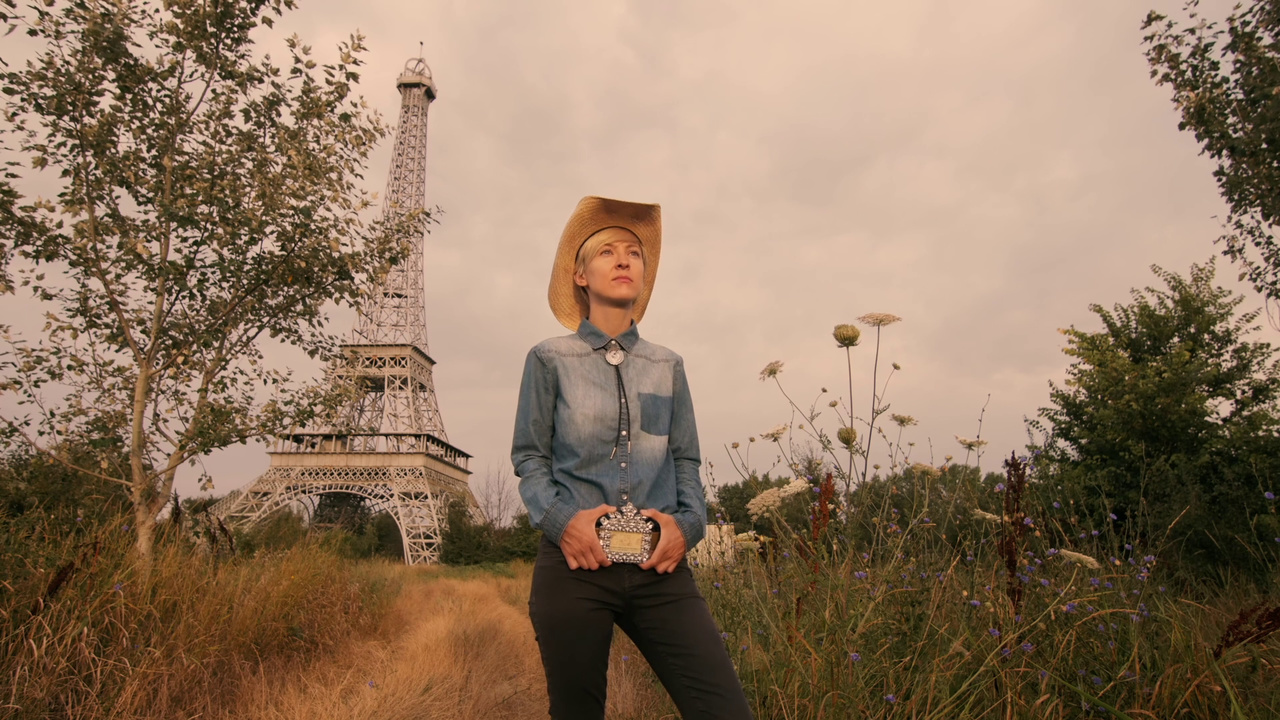 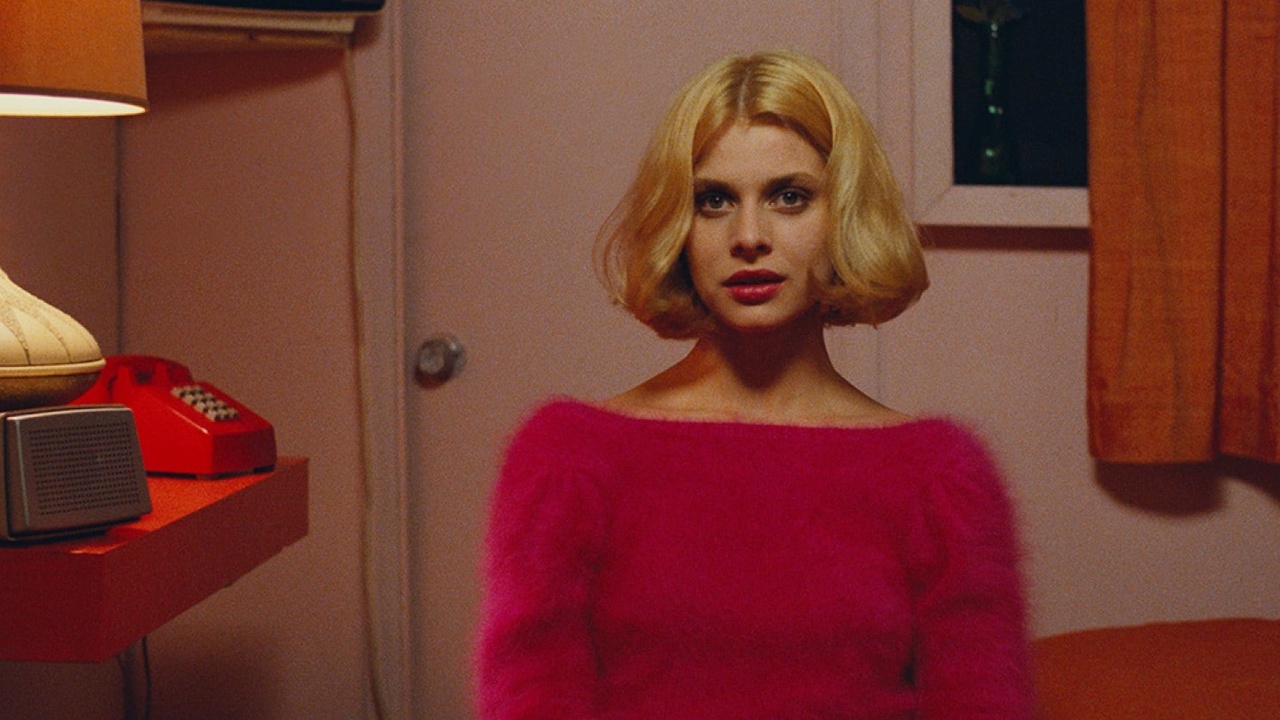 Starting in sex and thrills straight-to-video, Kiyoshi Kurosawa worked his way out of making smut to forge a style equal parts chilly art-house and pulp genre. Pulse may be his best known film, but this lovely, lonely drama of fathers and sons secured his first slot in the Cannes competition.

France, 1940. Lucile, the wife of a prisoner of war, leads an existence closely watched over by her mother-in-law. When the German army arrives in their village, they are forced to take in Lieutenant von Falk. Lucile tries to avoid him, but is soon unable to ignore her attraction for German officer. 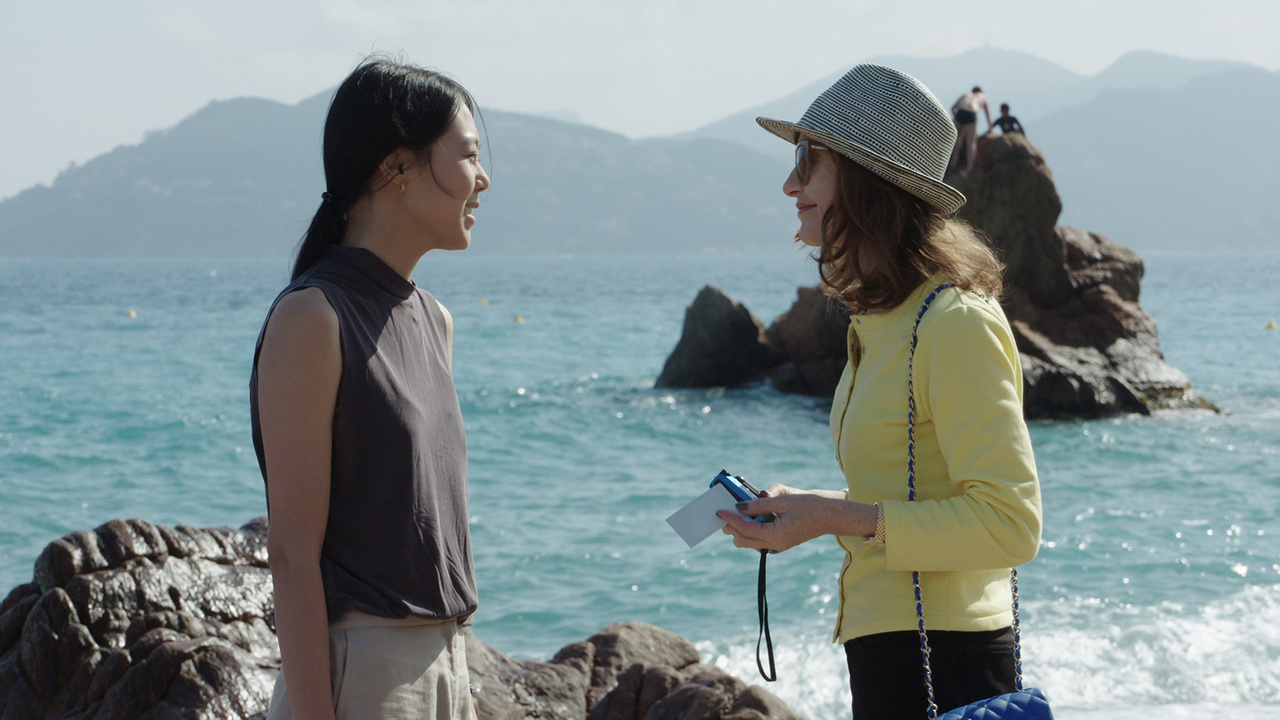 Hong Sang-soo: The Day After

byNWR: The Maidens of Fetish Street

This “experimental grindhouse” film by director Saul Resnick is a series of kinky vignettes centered around a lonely, wandering soul, purportedly set in a 1928 Los Angeles infused with 1960s S&M iconography.

“With the original negative long ago destroyed, a world-wide search was conducted for all existing print materials of this rare title. With the help of collectors and archivists, byNWR created the most complete version of the film seen in decades and restored it to its original glory.” –NWR 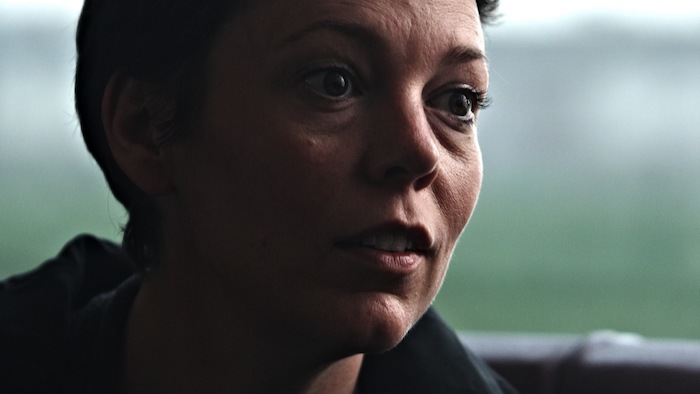 Satan in High Heels
Available until end of: 2nd March

Children of Men
Available until end of: 4th March

n the Beach at Night Alone
Available until end of: 7th March 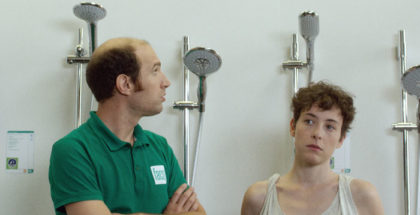 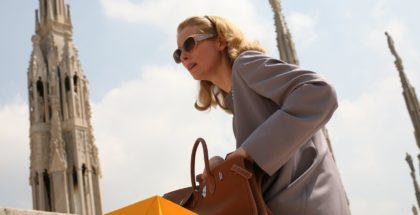 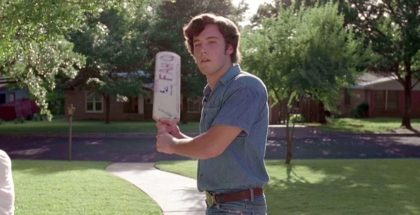