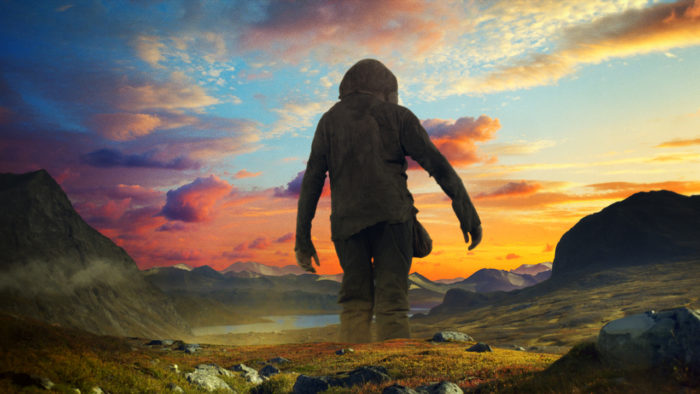 Hot on the heels of its Ang Lee celebration, MUBI turns its spotlight on Paul Schrader, who marks the release of First Reformed by handpicking films that have influenced him for the streaming service. Both sit alongside MUBI’s ongoing showcase of some of the new cinema coming out of Canada, which also continues to find time for some classics from David Cronenberg.

How do you film an “unfilmable” novel? If you’re mad scientist David Cronenberg, you throw out all the rules! This Burroughs adaptation is a hilarious, macabre, and unforgettable trip into a writer’s imagination. Talking beetles, insect-typewriters, smoking viscous creatures… Welcome to Interzone.

With Ryuichi Sakamoto: Coda, in theatres, we dedicate a series to the cinematic soundtracks of the Japanese master composer, starting with a film in which he also stars—alongside Bowie! Merry Christmas is fuelled by charged, unforgettable performances and punctuated by a triumph of melodic genius.

The Swedish Johannes Nyholm took everyone by surprise with this original debut feature, a recent festival standout where he fuses social realism with fantasy, adding a renovated Dogme spirit to the mix. The result is welcomingly strange, a rare fable of infectious optimism, likely to win you over.

Three women find themselves on the opposite ends of a political negotiation, yet unify under the shared experience of sexism in the workplace. Chloé Robichaud gracefully explores this theme with an arresting conversational structure, a sophisticated play with tone, and a strong sense of landscape.

The link between cinema and magic has been there from the start. Joining forces with Edward Norton (terrific, of course) and the lovely Jessica Biel, Neil Burger scored a transporting sleeper hit, part mystery, part thriller, part romance, a classical tale that hooks our fascination for tricks.

As the 71st Locarno Film Festival unveils the best of bold, fearless world cinema, we’re excited to bring you some of last year’s essential highlights. Madmen’s Fort is a defiant, haunting look at History with capital H—an overwhelming examination of the politics of power versus the power of utopia.

Four episodes chronicle Cuba’s ascent from colonialist degradation and totalitarian rule of Batista’s regime to a revolution that spreads across the country’s classes and regional lines.

“The first time I saw this film I was in shock, it was everything I had heard about and more. The madness of these Russian filmmakers—they had a totally free hand and created these extravagant shots, the film has 3-4 set pieces which every director knows. It’s absolute film history.” — Paul Schrader 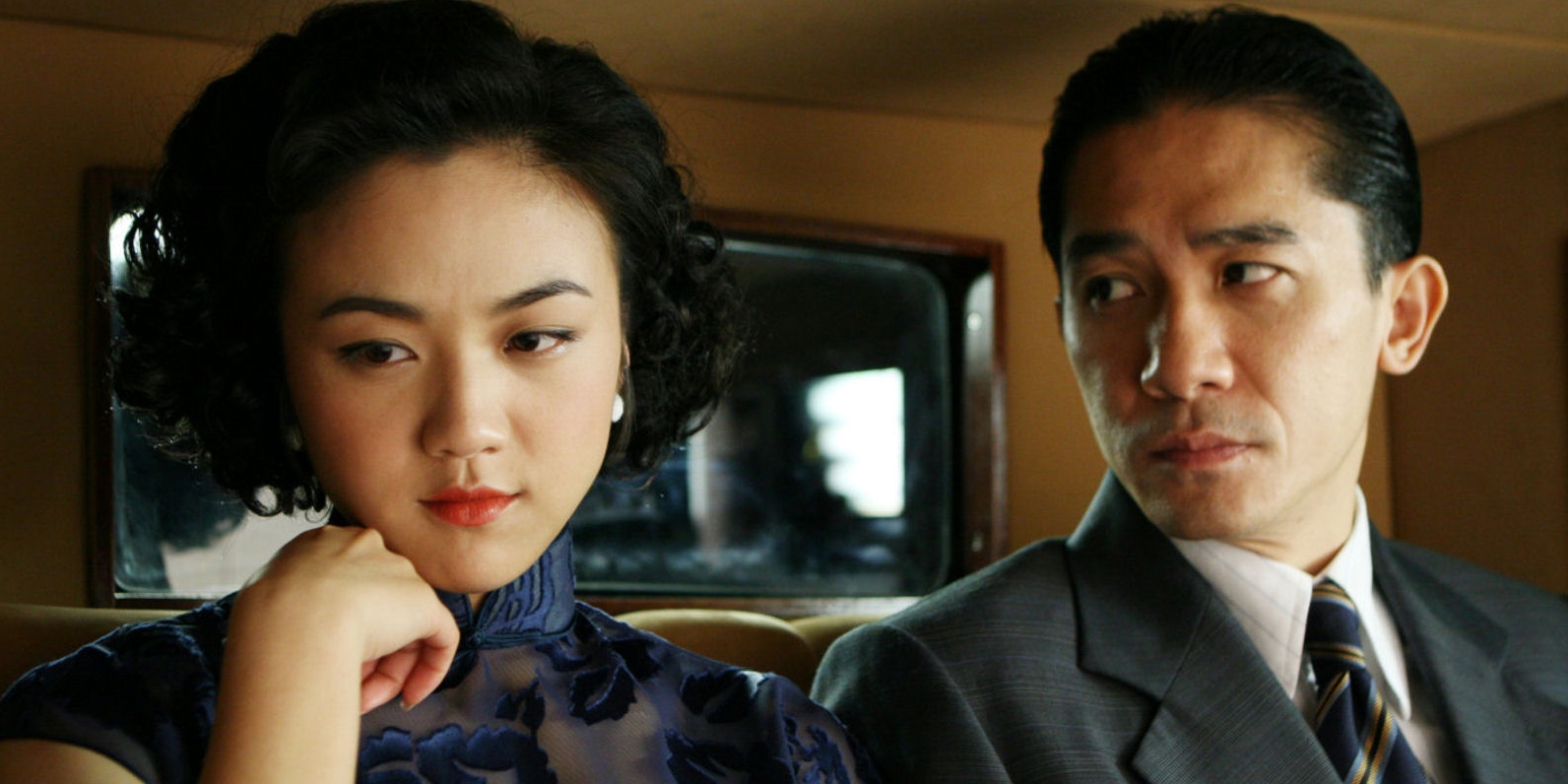 Ang Lee adapts revered Chinese writer Eileen Chang’s novel into a powerful thriller-drama of desire and commitment in the tormented China of the 1940s, under Japanese occupation. A young woman finds herself swept up in a radical plot to assassinate a ruthless intelligence agent.

Gay couple Wai-Tung and Simon are happily living in New York. However, Wai-Tung’s nagging parents want to see their son marry and have children. The couple have a plan: Wai-Tung will marry Wei-Wei, an acquaintance in need of a green card–but his parents arrive to visit and things get out of hand.

A senior chef lives with his three grown daughters in Taiwan. When the middle one finds her future plans affected by unexpected events, it impacts the life of the other household members. Ang Lee’s family fable is the best movie ever made about how food can connect generations. 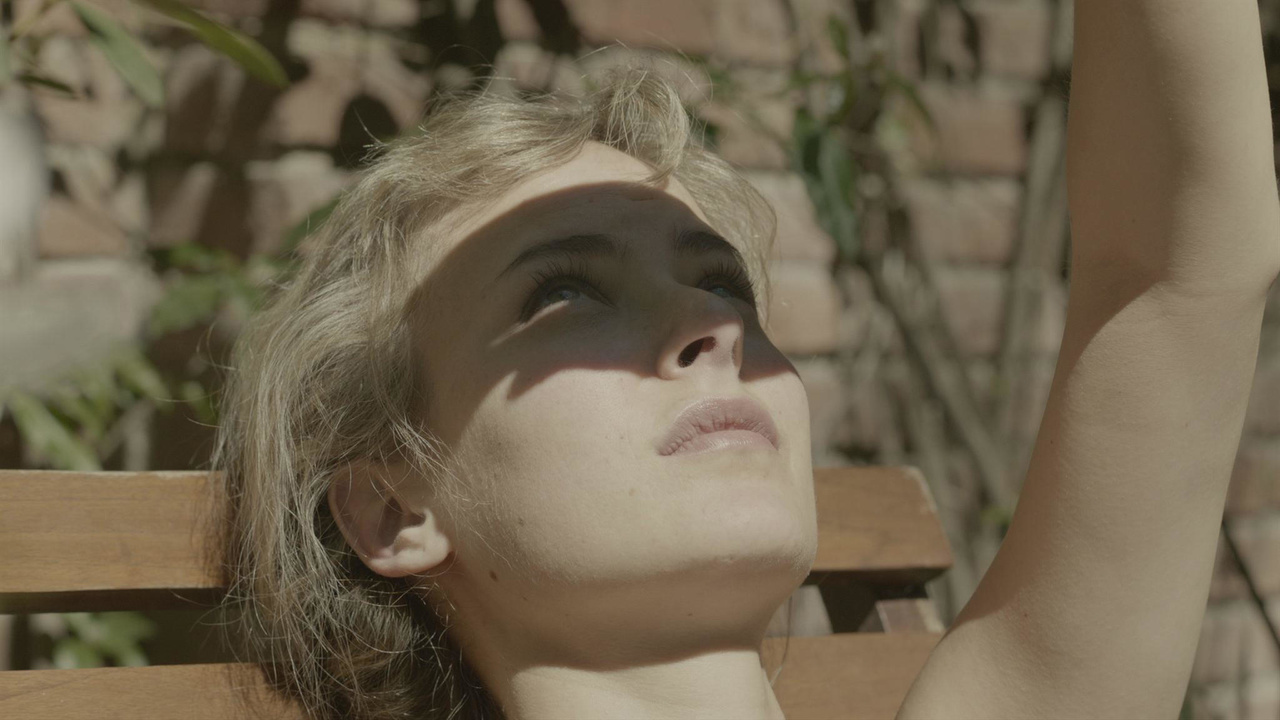 In Québec, Mexico and Asia, three woken dreamers answer to the pressing call from the images and melodies that inhabit them, by day and by night. Haunted by an absence, a departure, or an urging need to go towards the other, Éliane, Romes and his father Pablo choose to act before it’s too late.

A married father of two nearing middle age, Erwin is not quite an outcast, but as his life slowly begins to unravel we begin to understand just how far outside the social order he truly is.

Blaise and Nessa are outcast methadone users in their small Canadian town. Each day they push a rusty lawnmower door-to-door begging to cut grass. Nessa plots an escape, while Blaise lingers closer to collapse. Tethered to one another, their getaway dreams are kept on a suffocatingly short leash.

Film poet Margaret Tait is one of the avant-garde’s best-kept secrets. Together with Cinema Rediscovered, MUBI unveils her only feature-length work, a palimpsest of dreams and memories, weaving her beloved Scottish landscapes and three generations of women through an audacious “Russian doll” structure.

In a bid to boost ratings, a programmer for a trashy cable channel broadcasts a hyper-violent torture show called Videodrome. Whilst trying to uncover its origins, he goes on a hallucinatory journey into a shadow world of conspiracy, sadomasochism and bodily transformation. 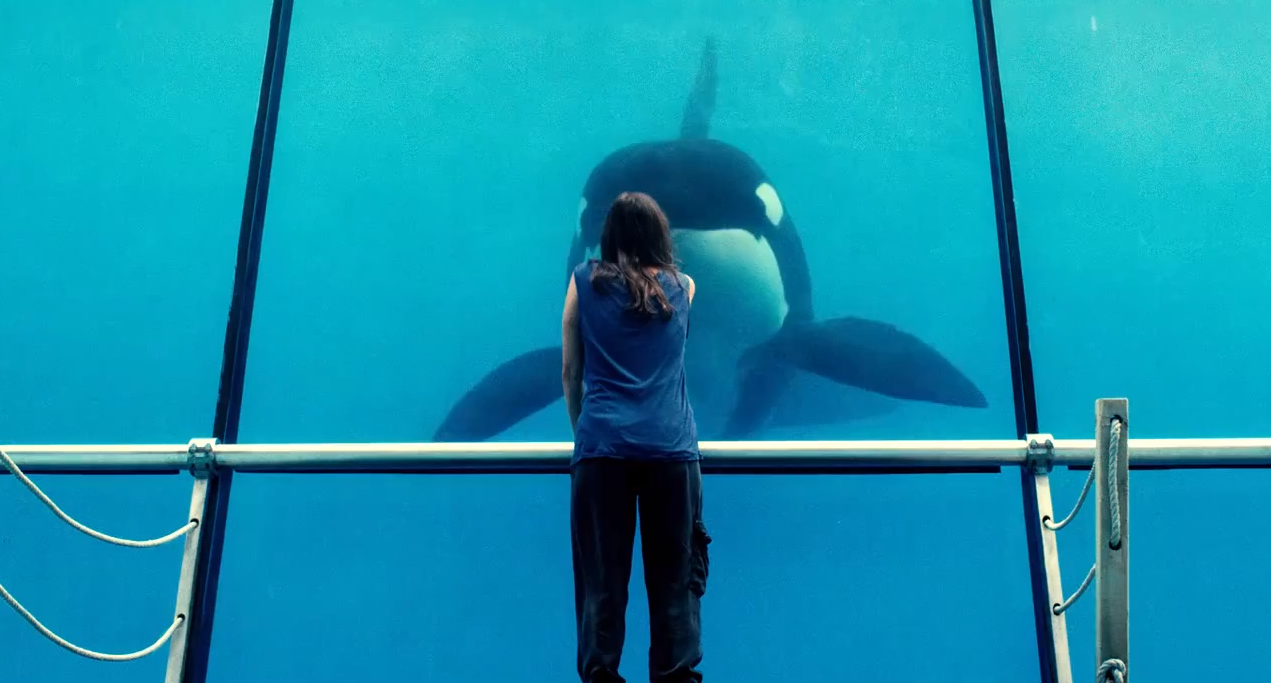 Lars von Trier controversially returned to Cannes with The House that Jack Built this year, inspiring MUBI to revive the provocateur’s early triumph. Winner of three festival prizes at the event, it’s a feverish film noir, an unhinged thriller, and a visually mind-blowing odyssey into a nightmare of our past. 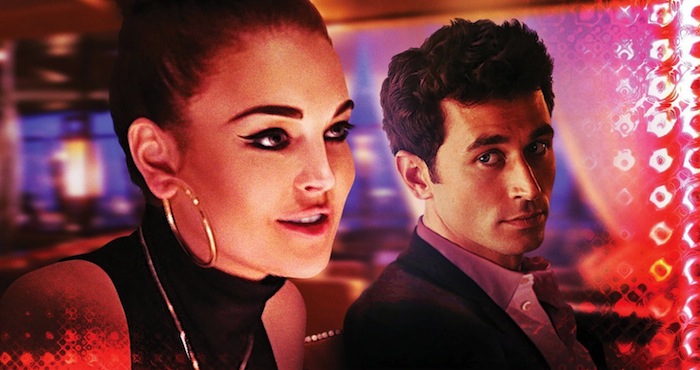 With First Reformed out now, MUBI revisits Paul Schrader’s sleazy thriller penned by Bret Easton Ellis and starring Lindsay Lohan. It follows Christian, an LA trust-fund kid with casual ties to Hollywood, who learns of a secret affair between Tara and the lead of his film project, Ryan. He spirals out of control, and his cruel mind games escalate into an act of bloody violence. Read our full review

The insecurities and pent-up emotions of an immigrant in the USA give way to political ruminations and critical commentaries on the colonisation of the mind by the American Dream in Miko Revereza’s short. A montage of home movies from the title’s years presents an anatomy of family ties and a reliving of one’s own identity. 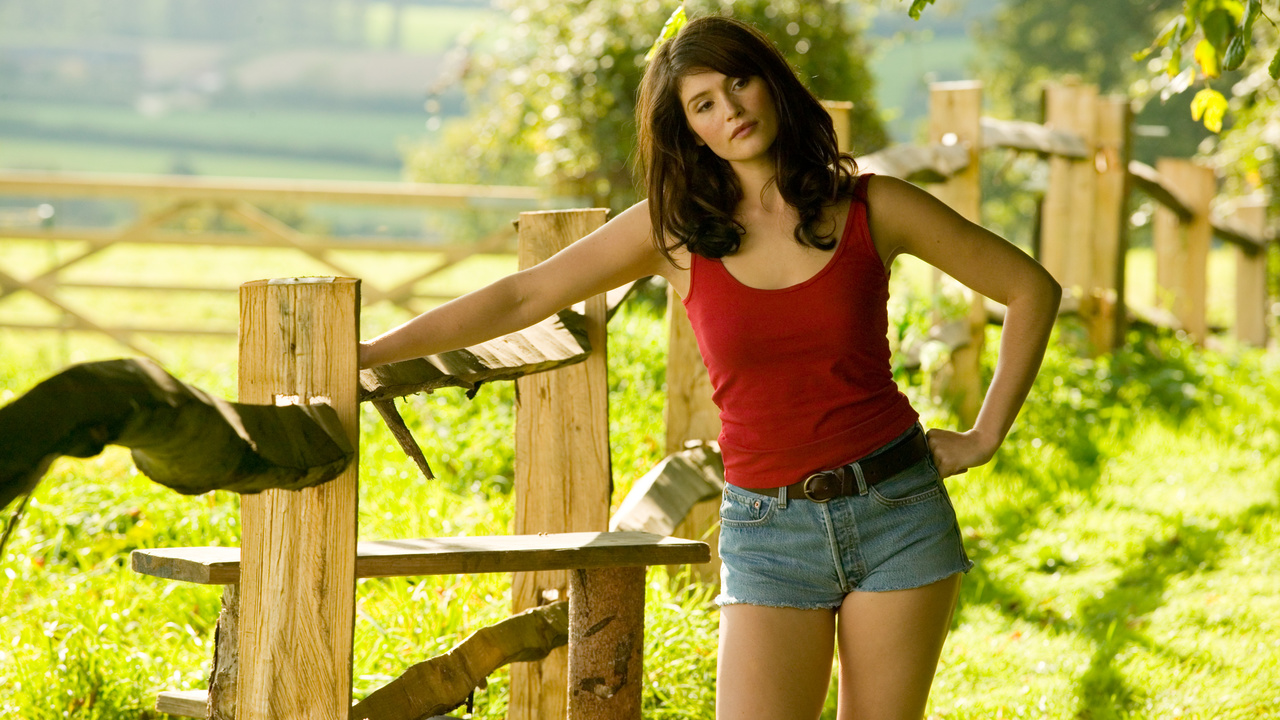 From versatile British director Stephen Frears (Dirty Pretty Things, The Queen) comes this comedy unexpectedly based on a graphic novel (!) inspired by Thomas Hardy’s Far from the Madding Crowd (!!), wherein a small community is turned upside down by a new (old) arrival. With Gemma Arterton.

Ruined Heart: Another Lovestory Between a Criminal & a Whore

MUBI pays tribute to one of its favourite Filipino New Wave filmmakers, Khavn, with a double bill – beginning with a sincere mosaic of what feels like every emotion the filmmaker has encountered.

Alipato: The Very Brief Life of an Ember

The double bill continues with Kvahn further pushing the boundaries of cinema with Alipato – a spirited, futuristic vision of Manila, steeped in a apocalyptic, psychedelic chaos. 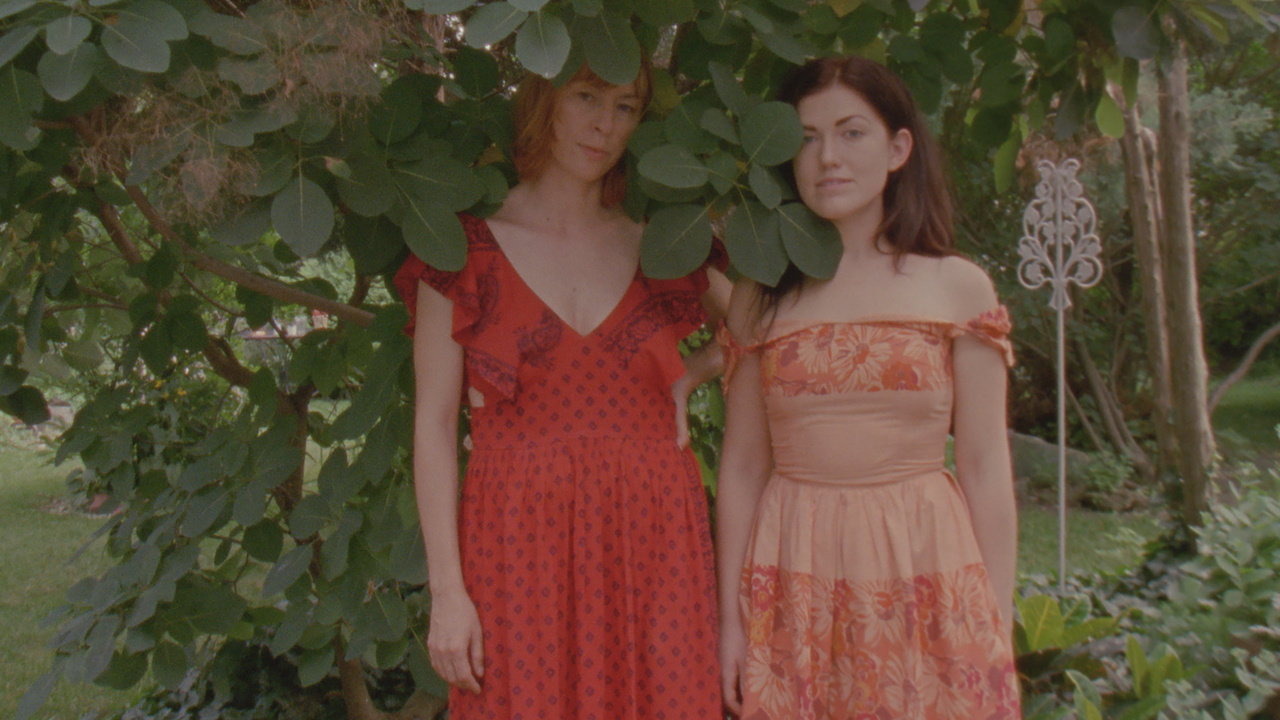 Oberhausen Shorts: The Hymns of Muscovy

Turning Moscow upside down is no simple trick in Dimitri Venkov’s short. Its survey of Soviet architecture is monumental yet alien, a city symphony (set to the Soviet anthem) rendered concrete—yet unreal.

Oberhausen Shorts: A Branch of a Pine is Tied Up

This Japanese stop motion fable blends a multi-layered narrative, atmospheric richness and sociological relevance, while having the biggest of hearts.

Renowned photographer and filmmaker Robert Frank has made his first new film in years: A time capsule of a touching and unique encounter between two iconoclastic artists in New York. 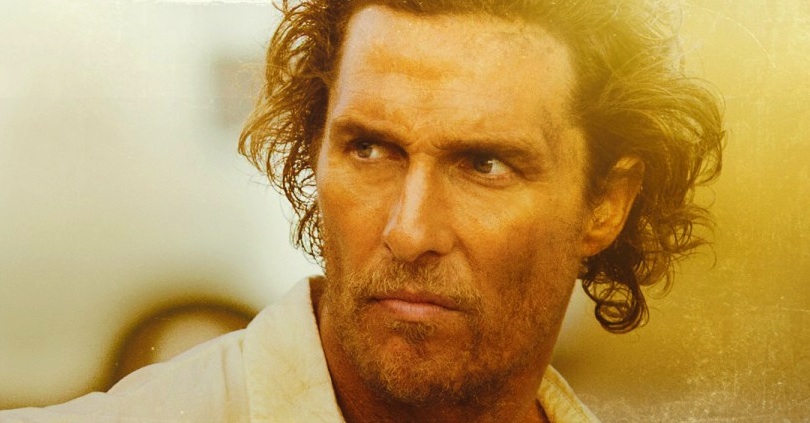 Made for $25,000 on 16mm, this debut from Gus Van Sant (Elephant, Milk) is a quintessentially American classic, as well as an essential precursor of the New Queer Cinema movement. The film follows a romantic deadbeat with a wayward crush on a handsome Mexican immigrant in a world of transient workers, dead-end day-shifters, and bars or seedy apartments bathed in a profound nighttime.

The Rise and Fall of a Small Film Company

Godard’s episode of the TV series, Série noire (1984), is a return to the themes of Passion and Contempt; a war of words between director, producer and actress during the production of a cheap television film. 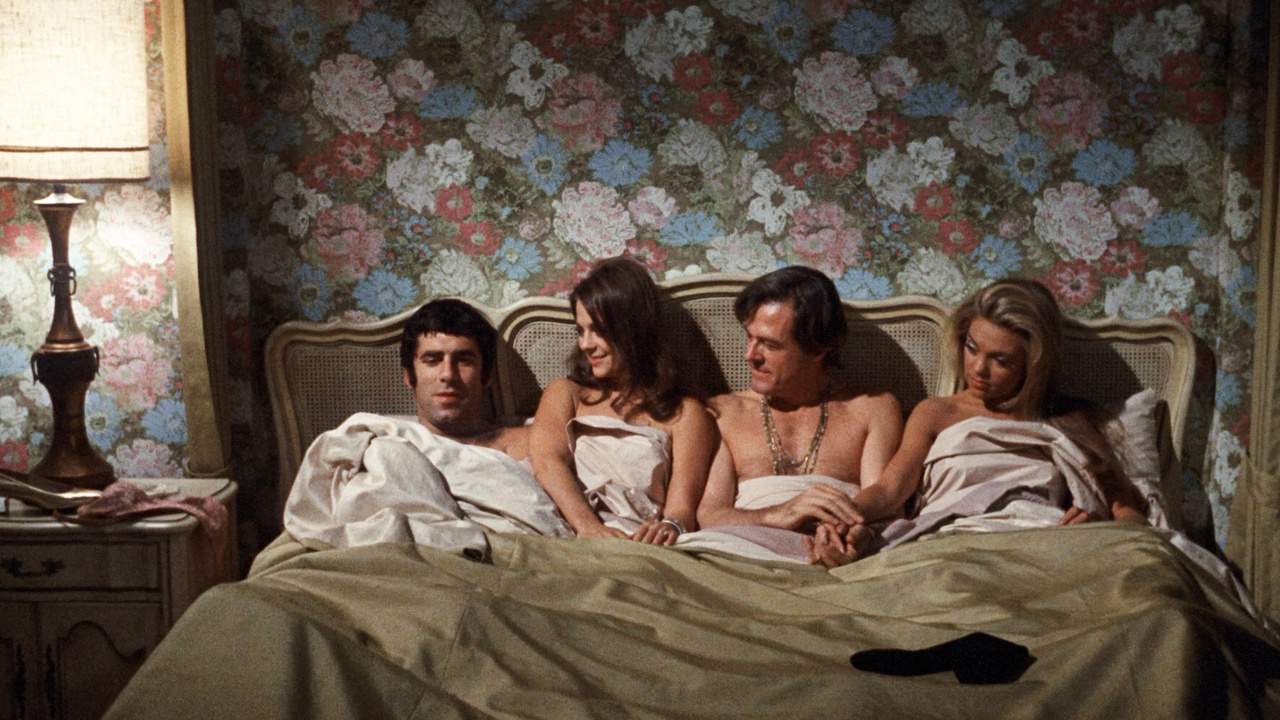 To Rome with Love
Available until end of: 29th July

The Nights of Zayandeh-Rood
Available until end of: 3rd August

So Long Enthusiasm
Available until end of: 4th August 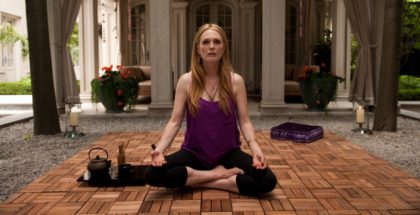 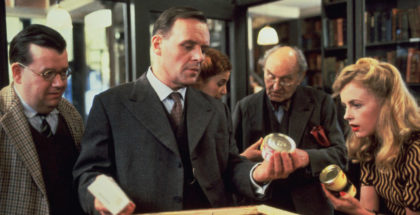 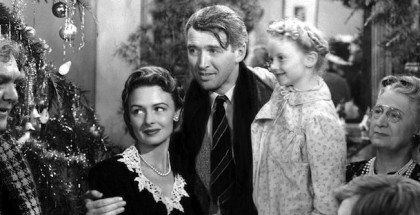 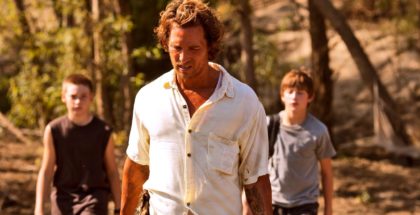