New releases and coming soon to MUBI UK this week (27th February 2016) | Where to watch online in UK | How to stream legally | When it is available on digital | VODzilla.co

As the Oscars arrive, MUBI gets into the awards spirit, with a weekend devoted to Best Picture winners.

The Birth of a Nation – Monday 22nd February

D.W. Griffith’s controversial classic sees two families – abolitionists and Southern landowners – reunite, despite having to fight on different sides of the Civil War. Described by Ellen Scott as “maybe the most racist film ever made”.

This 1916 silent epic, made in response to The Birth of a Nation, spans four stories, from the tale of Christ’s death and the St. Bartholomew’s Day massacre of 1572 to a contemporary crime tale to the fall of the Babylonian Empire in 539 BC.

In tribute to the late Andrzej Żuławski, MUBI presents his penultimate film, an adaptation of the 17th century novel La Princesse de Clèves. Starring Sophie Marceau and Guillaume Canet, the fin follows Clelia, a photographer who moves to Paris with her ailing mother after accepting a contract with a French tabloid.

Anthropologist Munroe travels to South America’s rainforest to find a documentary crew lost months before. Instead of survivors, he discovers a world of cannibalistic excess beyond his wildest imagining. Ruggero Deodato’s 1980 horror was so controversial upon its release that it was banned in Italy, Australia and several other countries.

Russell Crowe is on award-winning form as troubled mathematician John Nash, who agrees to take on secret work for the government helping to crack codes.

The Best Years of Our Lives – Saturday 27th February

The Coen brothers’ Western, starring Josh Brolin and Kelly MacDonald, follows a Sheriff’s investigation into a psychopath’s trail of killings – and the hunter who finds himself with the killer on his tail. Tommy Lee Jones has never been better as the weary lawman nearing retirement, while Javier Bardem is chilling as the pneumatic cattle gun-wielding Anton.

John Cassavetes’ 1961 drama stars Bobby Darin as Ghost, a jazz pianist who finds himself selling out from his values to become famous after he falls for a beautiful singer.

The Eagle Has Landed

A subscription to MUBI costs £4.99 a month. For more information, head to www.mubi.com 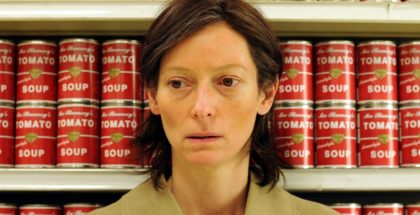